Iran, due of its central position in the Middle East, its conflict with the US and Israel, as well as the constant emotions fueled by its aggressive rhetoric, is a frequent subject of analyses and news reports. Unfortunately, in this case, quantity does not go hand in hand with quality. Much of the discussion on Iran in the media is dominated by the “Twitter journalism” and press releases. 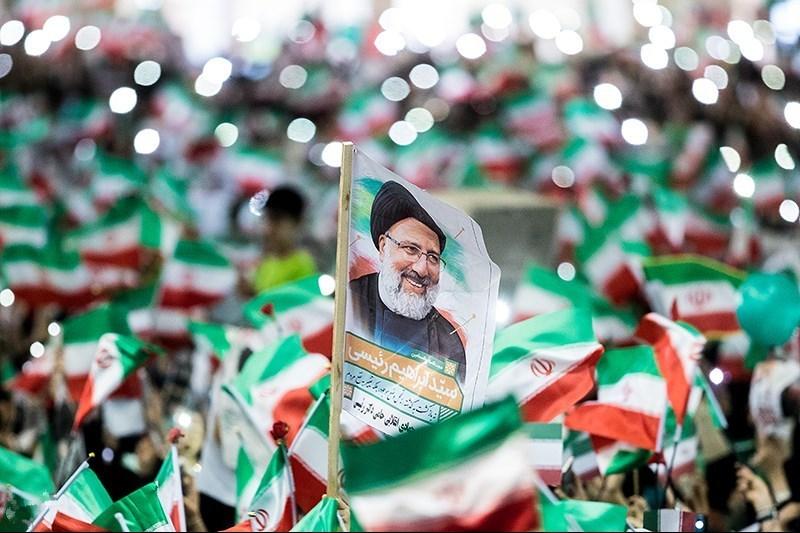 In turn, broader publications often include terminology and nomenclature that was thoughtlessly carried over from Western political science. As a result, the phenomena, which the audiences know from their own backyards (e.g., clear separation of power, secularization, left-right and opposition-government division), are applied to the Iranian reality. This provides a distorted picture of the situation and leads to incorrect conclusions. In order to analyze the Iranian political scene in a reliable manner, it must be kept in mind that it defies easy categorization. The hybrid system of the Islamic Republic of Iran is unique among the world’s political systems. It comprises elements of democracy and theocracy (although “hierocracy” would be a more suitable term). The Constitution combines the liberal principle of popular sovereignty and the velayat-e faqih doctrine . It establishes institutions reserved for, or dominated by, the clergy, such as the office of rahbar (Supreme Leader) and the Guardian Council, at the same time introducing ones whose members are chosen in popular elections: the president, the parliament, the local government, and the Assembly of Experts.

The current form of governance is the consequence of Iran’s turbulent political history, revolutionary ethos, religious fervor, and philosophical reflection. Ideologically, the structure of Iranian politics is set by the velayat-e faqih doctrine, established by Ayatollah Khomeini and the 1979 Constitution, along with its amendments from 1989. According to the Constitution, Iran is an Islamic Republic with a tripartite government. However, the supreme role of running the state is reserved for the rahbar, or the Leader of the Islamic Revolution. The complex political system outlined in the Constitution is essentially an experiment that combines the elements of modern Islamic theocracy, democracy, and a presidential system. A number of unelected bodies, controlled by the rahbar, are intended to be partially balanced by the president and the parliament, elected by the people.

Although formally the state apparatus is based on the Constitution, Islam (in practice, on its interpretation by the rahbar and a group of senior clergy), and the institutional structure of state offices, most of the political elite holds their positions thanks to personal relations and connections within an informal system of family, business, and social connections. Individual politicians are often more influential than it could be inferred from their formal status. The political process in Iran relies heavily on informal networks of relationships among politicians, clergy, and businesspeople. However, this does not mean that public sentiment and sympathies are irrelevant. The style of governance of the previous and current rahbar was and still is characterized by the desire to maintain a political balance while, of course, upholding the dominance of Shiism and the influence of the Leader. This is especially true of Ali Khamenei, who, in contrast to his predecessor, lacks the charisma and social respect. His position is both religiously sanctioned and, paradoxically, limited by religion. Despite his authority and power, he has to consider the opinion of the Shiite clergy. Nevertheless, thanks to powers that allow him to freely, at least in theory, appoint key positions (such as the Head of Judiciary and commanders of the armed forces) as well as control the influential apparatus of religious foundations, he is able to, if necessary, suppress any opponents. The rahbar’s power is even greater thanks to his official representatives, located in all central and provincial offices. They are authorized to intervene on behalf of the Leader in any state matter and, in some ways, they are more influential than, for instance, ministers. 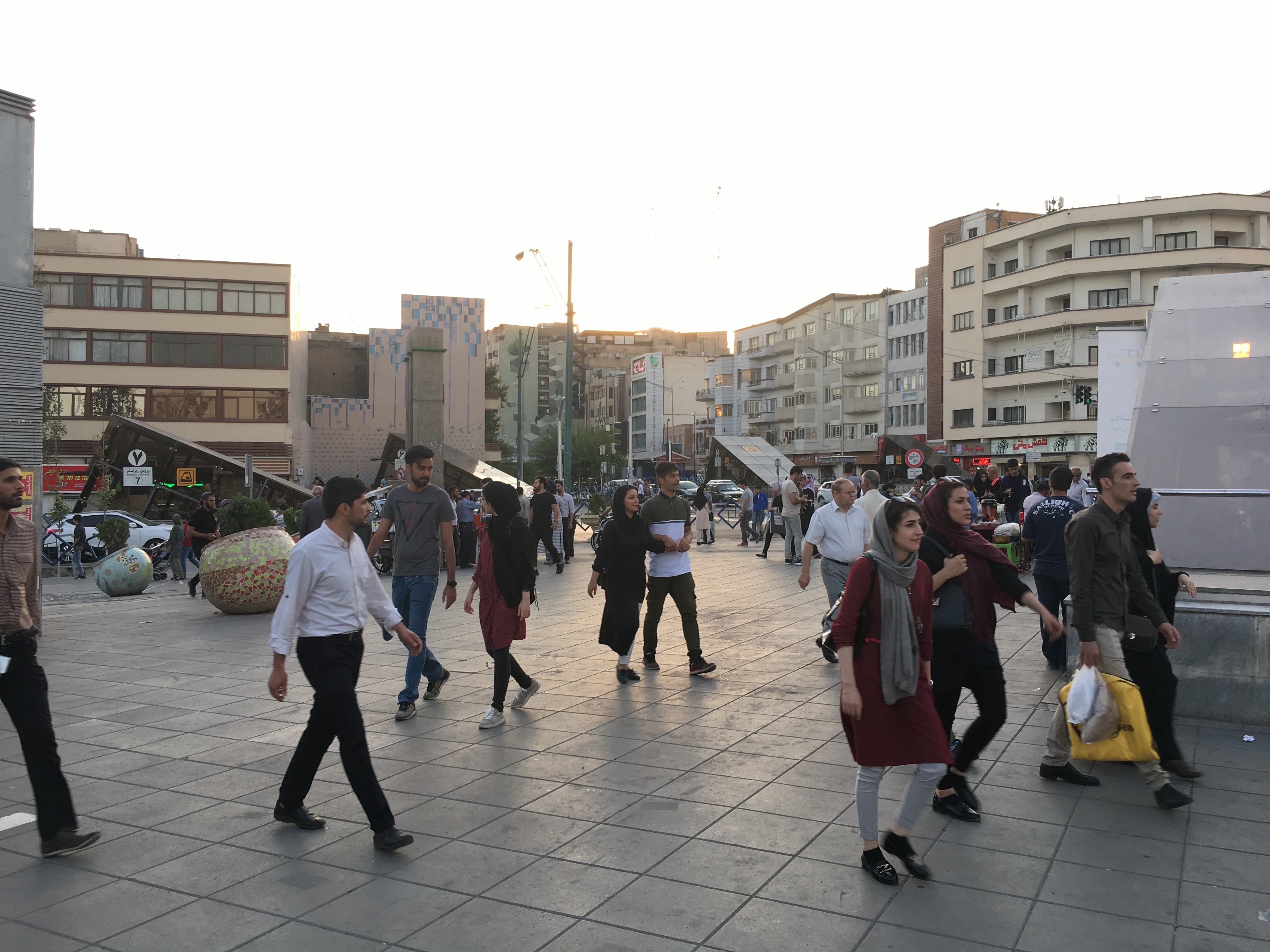 The Islamic Republic of Iran exists for more than 40 years now. Throughout the majority of that time, Iranian politics have been characterized by constant ideological disputes among political factions as well as competency disagreements between elected and appointed institutions. Conflicts between numerous interest groups were also the case. These struggles resulted primarily from the hybrid structure of the regime and its revolutionary roots. Although the rahbar is by far the dominant figure, he is not an absolutist dictator but rather an autocrat, and the Republic itself (despite its oppressive nature) is based on the premise of a minimal social consensus. Hence the considerable importance that Iranians (usually) attach to presidential and parliamentary elections (although the latter to a lesser, yet still significant, extent). While the president is not in fact the head of state, but “only” the head of the executive branch, he exercises almost full control over economic policy. Moreover, despite systemic limitations, this office is highly respected by the public. Presidential election is therefore a litmus test of public opinion, regardless whether it was fair or not. The situation is similar with the elections to the Majlis, i.e., the unicameral parliament, except that this event is an opportunity for the provincial politicians to stretch their wings, while for the front runners it is a measurement of their influence. MPs are elected directly, by popular vote, for a four-year term, while constitutionally recognized religious minorities are guaranteed a total of five seats. Parliamentary sessions are broadcast by the state television and the minutes of the proceedings are published. The debates of the Majlis are thus the center of Iran’s socio-political discourse, which is limited by the structure of the political system.

The growing tension around Sheikh Jarrah began to result in clashes between the Palestinians and Israeli nationalists and security forces. Police actions provoked further, increasingly violent protests, which began to spread to other cities as well. Finally, on May 7, the last Friday of Ramadan, confrontations between the Palestinians and security forces took place at the Al-Aqsa Mosque on Jerusalem’s Temple Mount – one of the most important Islamic sites and a symbol of Palestinian resistance. A siege of several days essentially ensued, as many protesters barricaded themselves inside the mosque, from which police tried to forcibly eject them. In response to the increasing number of casualties and injuries on the Palestinian side, Hamas, or the Islamic Resistance Movement, joined the escalating violence on May 10. Hamas, who is de facto in power of the Gaza Strip, in a way took advantage of the entire situation to gain popularity and to present itself as the only true and firm defender of the Palestinian cause. The organization issued an ultimatum to Israel, calling for an end to attacks on protesters, otherwise threatening to launch rocket attacks. After the deadline passed, Hamas began shelling Israeli territory (including schools and residential buildings), to which Israel responded with its own weapons, which eventually resulted in the exchange of fire and images which we have seen in recent days.

It is worth noting that the current developments are nothing new, nor are they a “new phase” of the Israeli-Palestinian conflict. In its current form, it has continued uninterrupted since the aforementioned Six-Day War. The incidents that somehow led to the current escalation, such as the risk of losing the land, the mistreatment by security forces and many others, are in fact the day-to-day reality of the Palestinians living in the occupied territories. Protests, but also riots or acts of retaliation are therefore not uncommon. On many occasions, also Israeli civilians fall victims of retaliations, which further fuels the spiral of mutual violence and provokes brutal reactions of the security forces. It must be stressed, however, that these reactions and the relationship between Israel and Palestine are by no means symmetric. This can be seen, for example, in their resources and equipment, as well as the number of victims, the vast majority of whom are Palestinian, and finally the ratio of forces and controlled positions. The disproportion is particularly evident in the context of the Gaza Strip, which is totally dependent on Israel economically or in terms of water resources, moreover, it is densely populated and extremely vulnerable to civilian casualties in case of military operations.

The Israeli-Palestinian relations are therefore constantly tense and this time it was a combination of several of the factors mentioned above that caused the ongoing escalation of the conflict. Such situations have occurred many times in the past and are bound to recur in the future, as for the time being and even in the long run, the conflict is basically unresolvable due to many years of mutual hatred, prejudices, accusations and harms that only grow in numbers.