A Holiday for Putin’s “Democracy”: Outcome Known From the Top

The proposed constitutional amendments have come into force, with a nationwide plebiscite being nothing but a political theater. The public vote on them is seen as more of a national opinion poll, designed to lend legitimacy to the amendments and solidify Vladimir Putin’s grip on power. The result is seen as a foregone conclusion, and the Kremlin is doing everything to attract a large turnout. Yet Russian top officials have taken preventive measures too. 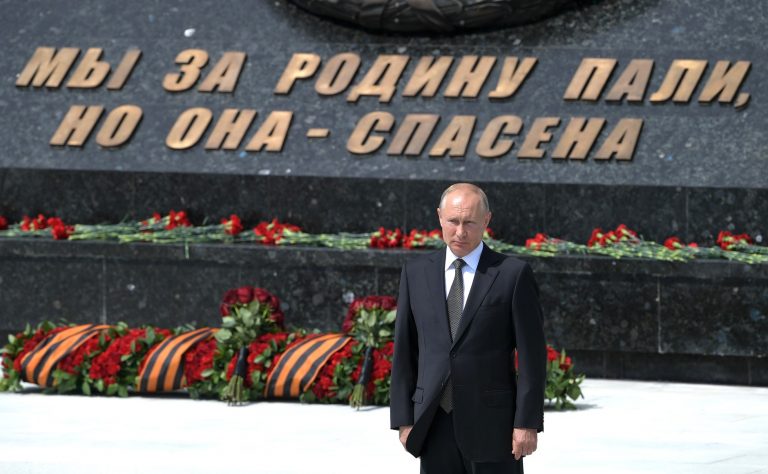 Speaking at the scene of one of the bloodiest World War Two battles in the town of Rzhev, Vladimir Putin made an appeal to Russians to vote for constitutional changes. Russia’s nationwide plebiscite kicked off June 25 with early polling and concluded on July 1. At the start of the final day of voting, 45 percent of Russia’s registered voters had already cast their ballots. In Moscow and Nizhny Novgorod region, where residents could vote online, turnout rates reached even 95 percent. Some 90 percent of military personnel, veterans, and their families showed up to vote, according to Russian Defense Minister Sergei Shoigu. On June 29, the state-controlled Russian polling organization, VTsIOM, published an exit poll that showed 76 percent of voters backing the amendments. According to the Russian law on holding referendums, exit polls could not legally be published over the five days that preceded polling or the polling day. Yet Russia’s nationwide vote on constitutional amendments is formally not a referendum. Nor is it necessary since the constitutional changes have already been approved by Russia’s parliament. The ongoing vote is a test for Russian authorities that might apply a similar mechanism sometime in the future. The Central Election Commission said it could be stretched onto a September local vote.

What are the constitutional updates about? Read more in our special report.