German business circles active on the Russian market and holding business ties to Russian entities have lambasted a U.S. decision to impose sanctions against firms building the Nord Stream 2 energy pipeline. They have even called for taking retaliatory steps. Both German politicians and businessmen speak with one voice while a company involved in constructing the pipeline seeks to push ahead with necessary work to have the project completed before imposing U.S. sanctions on Nord Stream 2. 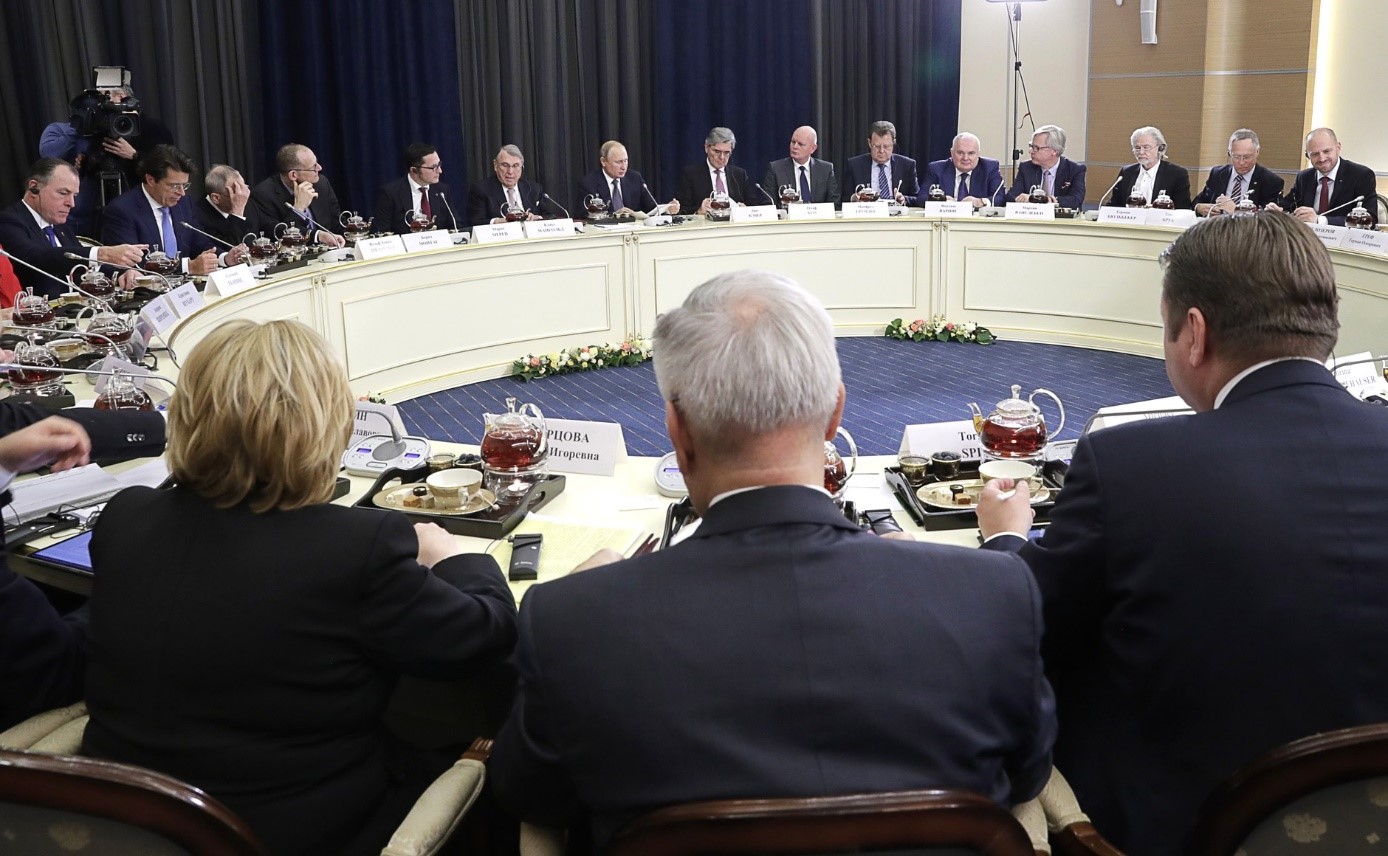 Russian President Vladimir Putin met with representatives of German business in Sochi on December 6. All of them appear to be seeking the closest possible economic cooperation with Moscow. Of course, high on the agenda was the issue of Nord Stream 2 as the Russian-German flagship energy project. Yet Moscow and Berlin may have cause for concern after the U.S. House of Representatives passed on December 12 a new military budget that also involved a fresh round of sanctions against any entities involved in building the Nord Stream 2 energy pipeline. What happened in Washington could have been one of the themes discussed by Vladimir Putin and German Chancellor Angela Merkel in a telephone conversation on December 16. “Issues of cooperation in the gas sector pertaining to provision of energy security of EU countries were covered, including in the context of prospects of Russian natural gas transit via the territory of Ukraine after January 1, 2020, and implementation of the Nord Stream 2 project,” the press service said briefly after the talk. Little is known whether Putin and Merkel have agreed on any joint steps. Still, it is clear that both Germany and Russia stand against the United States and those who decry the Nord Stream 2 pipeline. In its arguments against sanctions on Nord Stream, Germany has reiterated Moscow’s stance.

The head of the German-Russian Chamber of Foreign Trade (AHK), Matthias Schepp, urged the German government to take counter-measures if the U.S. bill passes, saying that Washington’s punitive means pose a threat to Europe’s independence and energy security. Schepp has argued that Nord Stream 2 boost Europe’s energy security while ensuring cheaper energy that U.S.-sourced liquefied natural gas. Those German politicians that lambasted the U.S. decision uphold what Russia was first to say some time ago, which is that with a fresh round of its restrictions, Washington seeks to push ahead with trading its liquefied natural gas to Europe. German Foreign Minister Heiko Maas criticized the decision made by the U.S. House of Representatives, saying that Berlin “fully rejects external interference and extraterritorial sanctions.” What he said was echoed, albeit far more bitterly, by Social Democrat Carsten Schneider, a member of the Bundestag. “Europe will not be blackmailed into buying dirty American liquified natural gas,” he was quoted as saying. Die Linke, Germany’s left-wing political party, employs similar rhetoric on what Washington may do. Even the Green Party, which would be critical of Nord Stream 2, negatively assessed the latest actions taken by the U.S. administration. Of all German political parties, the liberal FDP is the only one to believe that no restrictions will bring the project to a halt.

Perhaps if the United States managed to punish Italian and Swiss companies involved in laying pipes along the Baltic Sea bed before December 31, Nord Stream 2 would be delayed by several years. This is why Nord Stream 2 AG, the pipeline developer, asked Germany’s Federal Maritime and Hydrographic Agency (BSH) for a permit to go ahead with pipelay work even in the winter. The operator of the Nord Stream 2 gas pipeline project said the difficulties in obtaining a license from Denmark delayed the project. Environmental activists believe that Germany should have rejected the firm’s file while further work should kick off no sooner than in the summer of 2020.