The prospect of Finland and Sweden joining NATO will certainly rile Russia. Both coun-tries have remained neutral but due to the war in Ukraine, see NATO as their sole long term security guarantee. Finland is preparing a defence “white paper” to assess the pros and cons of joining the military alliance. In the meanwhile, parliamentary debates will be underway and a formal application to join is expected to be filed with Brussels’ HQ be-fore the next NATO summit at the end of June. 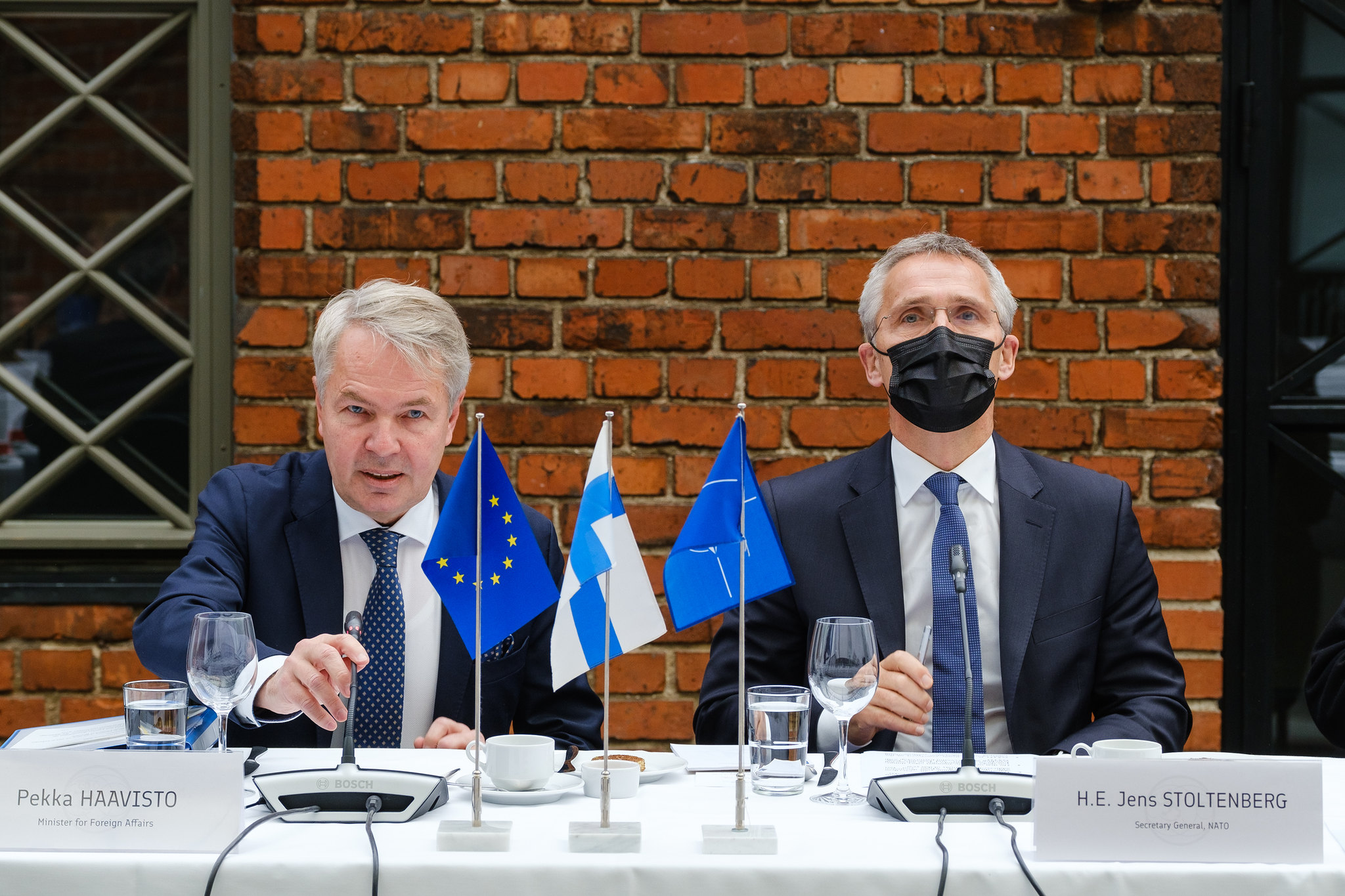 The whole process until formal ratification of Finland’s membership may take up to one year. Russia and the global military and security architecture may look unrecognizable once the two now neutral Nordic states eventually states join NATO. The timing of the entire accession process is naturally, then, of the essence. So when might that be? “There is an important NATO summit in Madrid in June. Of course NATO is wondering wheth-er Finland and possibly Sweden will have submitted their membership applications be-fore that,” Finnish Foreign Minister Pekka Haavisto,” said after a recent ministerial meet-ing in Brussels.

Polling among Finns shows 65% in favor of joining NATO, while 16% are opposed. “All of a sudden, it seems the Finnish population have decided: there is only one option. It’s a radical change a huge shift in momentum”, Charly Salonius-Pasternak a leading re-searcher at the Finish Institute of International Affairs told the “Financial Times”.

It’s no military secret: Finns have been frazzled by “Putin’s war” in Ukraine. Long stand-ing or traditional neutrality no longer seems to be viable for Finland. Why is that? The ongoing conflict in post-Soviet Ukraine is polarizing Europe into two opposing camps, as it did during the Cold War. Neutrality looks outdated, especially when renewed threats are emerging to the East. For example, a rising China teaming up with an expansionist Russia.

A new security framework is emerging as a result rapidly, and along with it, new divi-sions. The EU-US-NATO camp and the Russia-Belarus-Kazakhstan along with an an-nexed eastern Ukraine on the other. Finland and Sweden have chosen to anchor them-selves to the former.

The NATO-EU two-step dance is fashionable now in Scandinavia

Unlike with the Scandinavian states, in post-1989 central Europe, NATO membership was seen by the former members of the Warsaw Pact as a stepping stone not only to re-gional security, but also as an indispensable precondition or requirement to be able to join the EU. One couldn’t take place without the other, was evidently the diplomatic con-sensus at the time. The fist step was joining the Atlantic alliance. NATO was the horse then the EU the cart. Obviously in post-communist central and eastern Europe, the horse came first.

Yet not so in the case of Finland and Sweden. Both Nordic states joined the EU first in 1995 along with another neutral European country Austria. At the time Russia was weak and in a deep post-imperial collapse funk. Thus being under NATO’s protective wing wasn’t even remotely in the cards, nor considered necessary. It was almost unthinkable. Neutrality was somewhat of a sacred, almost religious national vow to be upheld at all costs. With a NATO member Norway to the West and the brow beaten Russian bear to the East, geopolitical considerations made it more comfortable for Finland to keep a friendly strategic distance from both East and West. NATO membership would only provoke ire next door to the East. EU membership however wasn’t seen as a threat to Moscow. On the contrary, Finland, Sweden, being neutral and prosperous meant better trade and commercial ties for post Communist Russia and also its (unaligned, if I may say) northern neighbours.

NATO kept expanding in the 2000s and the three Baltic states joined NATO in 2002 then the EU in 2004. That round of expansion shifted the balance of power towards the West’s advantage. It stirred up great resentment in The Kremlin which was now occupied by President Putin for the first time. Forthwith, pressure mounted on the only two Nor-dic states not yet in NATO to join the military club after Russia incorporated Crimea into the federation. As a result, Sweden began making overtures to Washington and Brussels signalling its willingness to consider joining the alliance. Finland still had cold feet. However, the 2022 war in Ukraine has triggered an urgency in Helsinki to abandon neu-tral status and finally consider formal membership. Sweden feeling pressure from Fin-land also tilted or realigned itself by seriously mulling joining the western armed camp. Now it’s up to diplomats from both countries to coordinate their mutual membership application. They are anticipated to join in tandem. Finland leading the process forward on behalf of both . So it looks like a two state package deal. Exactly when will that be? It’s still uncertain.

“Finland will decide anyway, but they would prefer to do it with the Swedes,” Anna Wieslander Director for Northern Europe at the Atlantic council told Euronews. “And I also think that NATO would prefer Sweden and Finland to join together.” The prospec-tive new NATO members will be on the front lines keeping in check a resurgent and bel-ligerent Russia from moving westwards on the map of Europe again. We wish them luck!