Russia is now playing a strategy of constructing two energy pipelines – Nord Stream 2 in the north and Turkish Stream in the south – to bypass Ukraine while exporting gas supplies to the West. The pipeline was set to become operational after Russian-Ukraine gas transit deal expired in early 2020. But Bulgaria’s section of the natural gas pipeline extension into Europe may not kick off as initially scheduled, while Gazprom has recently encountered a major problem in the south, specifically in the Balkans. Construction works of Bulgaria’s stretch of the TurkStream pipeline, running between the borders with Turkey and Serbia, have been postponed. The gas pipeline therefore will fail to become operational by 2020, as initially planned. The delay stems from a legal dispute between potential project investors, an effect of weird actions taken by Bulgaria’s gas grid operator Bulgartransgaz. 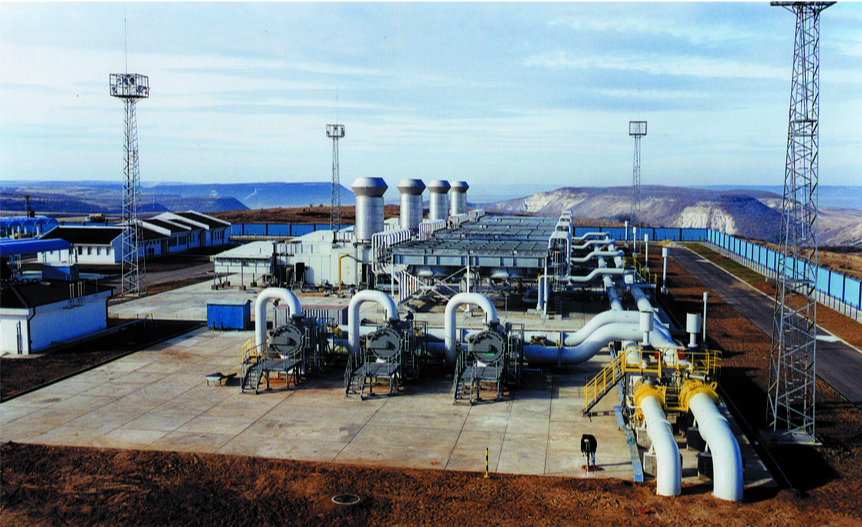 Once extended, the pipeline will run through Bulgaria, Serbia and Hungary to the Baumgarten gas hub in Austria, from where gas flows will be shipped through the already existing connections to Austria and Slovakia. Worth a total of €1.43 billion, Bulgaria’s leg of the Turkish Stream natural gas pipeline will be 474 km long. As previously stated, the first branch of the pipeline will begin to work at the beginning of 2020, sending gas flows further to Serbia. The branch’s annual capacity of 15 billion cubic meters was to be reached by 2020. Including Bulgaria into Gazprom-sponsored project sought to compensate Sofia for all losses incurred after redirecting gas supplies away from Ukraine’s territory. Russian-sourced energy is delivered to Bulgaria via the Trans-Balkan pipeline, running from Russia to Turkey through Ukraine and Romania.

The tender for construction works of Bulgaria’s stretch of the TurkStream gas pipeline was first announced in February 2019. In April, Bulgatransgaz awarded the contract to a consortium of Saudi Arabia’s Arkad Engineering and the Italy-based Arkad-ABB joint venture. Their offer was said to have been the only one to fulfill the condition of maintaining costs below the agreed level. Also, Bulgartransgaz considered too costly a competitive proposal submitted by a GDEB (Gas Development and Expansion in Bulgaria) alliance. Formed by two Italian firms and one Luxembourgish company, the consortium is believed to hold ties to Russia. But a month later, in May, Bulgartransgaz eventually decided to assign the contract to GDEB, claiming the company failed to present all the relevant documents on time.
GDEB, for its part, re-examined its proposal, suggesting a solution that went in line with all financial conditions of the tender. Arkad appealed Bulgartransgaz’s decision before Bulgaria’s CPC, presenting several formal agreements. Bulgaria’s anti-monopoly regulator ruled that Bulgartransgaz should honor its commitments to the Saudi-Italian consortium and sign a contract with it to build a gas pipeline. After the gas pipeline operator implemented the watchdog’s ruling, GDEB filed a complaint. The verdict of the anti-monopoly body is subject to the appeal to Bulgaria’s two-instance Supreme Administrative Court, and such a legal way was opted for by the GDEB alliance. The Supreme Administrative Court, which is to deliver a verdict in the litigation, set the hearing date for September 24.

This step prevents Bulgaria’s leg of the TurkStream pipeline from becoming operational by 2020 while halting its construction works. Such a decision may deal a blow to Sofia, as Bulgartransgaz signed in January 2019 an agreement with Gazprom on shipping gas volumes from Turkey to Serbia from January 2020. Russia may demand financial compensation while gas flows from Russia to Bulgaria are under threat if Moscow fails to seal a deal with Ukraine, and turn the valve off in January 2020.