These have marked the biggest transactions made through the trading platform of the Moscow Exchange throughout 2019. Russia’s Gazprom sold a 6.52 percent stake in a deal arranged with a specific yet mystery bidder in mind, who got the firm’s stakes cheaper than the market price. The company’s voting rights were believed to be purchased by a Russian oligarch, the fact that was indirectly confirmed by the bank that arranged the transaction. 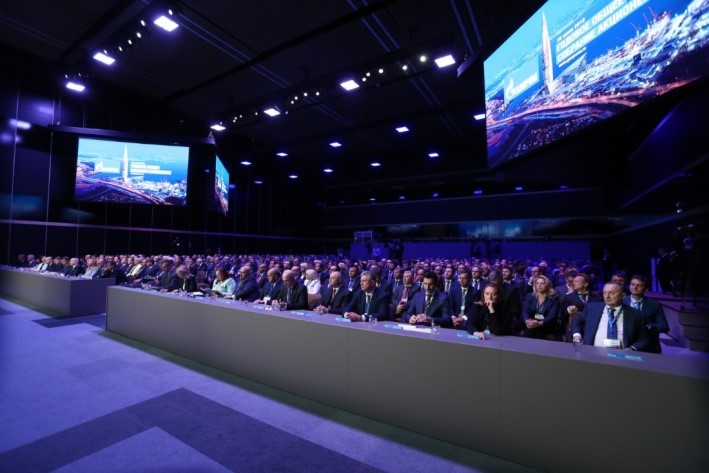 Andrei Akimov, the head of Gazprombank, revealed for the first time who had bought shares in two batches earlier this year. This was a consortium of investors, including Russian pension funds. In July 2019, Russia’s gas giant sold 2.93 percent of its total voting stock to a mystery bidder via the trading platform of the Moscow Exchange and a few months later, in November 2019, it offered 3.59 percent of shares. Gazprombank acted as the arranger of the offering. Gazprom’s voting rights were sold in two batches, each much below their market price. In July, this was 5.4 percent (200.5 roubles per share and 131.1 billion roubles for the full batch) and it soared to 13 percent in November (220.7 roubles per share and 188 billion roubles in total). As initially speculated, the newly sold stocks might have gone to a group linked to Arkady Rotenberg but he denied these claims.

Interestingly, addressing the audience at an economic forum hosted by Russia’s bank VTB, President Vladimir Putin shared his thoughts on the capitalization of Gazprom, saying that the firm’s potential was underestimated, a fact “obvious to all experts.” Finance Minister Anton Siluanov seemed to echo the president’s stance. The date of the latest stock-related transaction is not incidental, though, with Gazprom’s plans to launch its major energy projects: Power of Siberia, Nord Stream 2 and TurkStream, all of which are natural gas pipelines. Also, the company’s valuation has been growing steadily throughout the year. Gazprom is developing a new dividend policy, providing for the payout of 50 percent of the firm’s net profit to its shareholders within the next two or three years. Since the beginning of this year, Gazprom’s capitalization has grown by more than 1.5 times: first, with rumors over Alexei Miller’s potential resignation and a change in the firm’s dividend policy and then due to the July’s sale of stocks. The end of the year has yet not brought any gains to Russia’s flagship gas company. Construction of the Nord Stream 2 energy project has come to a standstill amidst U.S. punitive sanctions. Therefore, Gazprom was somewhat forced to make some concessions, by signing an extension of its gas transit deal with Ukraine and closing legal battles with Kiev, a step that compels the Russian gas giant to pay a few billion dollars in cash to Ukraine’s Naftogaz.