Gazprom Neft’s Expansion to the Arctic

Gazprom Neft, the oil arm of Russian state-controlled group Gazprom, has recently acquired licenses in two oil-producing regions of the Arctic. In addition, the company has been granted the second icebreaker, built as part of its Arctic program. The firm, which belongs to Russia’s top three oil corporations, aims to develop its ventures in the Far North. 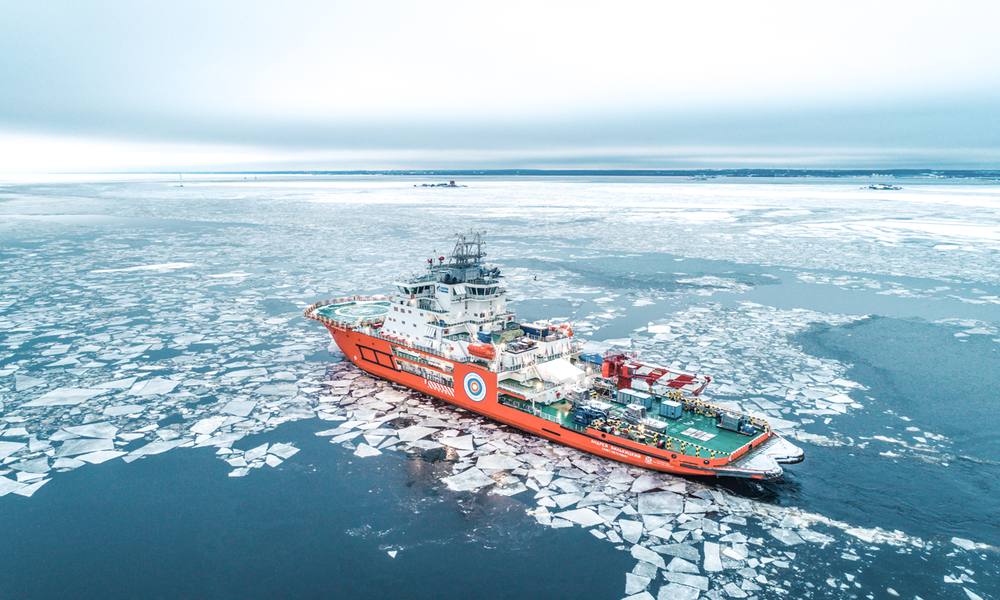 Russia’s Gazprom Neft oil company is ready to kickstart exploration in the Arctic. The firm acquired the license to two fields in the Gydan and Yamal Peninsulas where it hoped to find large oil deposits. Gazprom Neft is proactively developing the Arctic, even despite harsh conditions and lack of adequate infrastructure, as its recent ventures in the area eventually turned out to be successful. In 2017, Gazprom Neft’s oil output in the Arctic amounted to 10.2 million tonnes. The license to explore and drill reserves at the Leskinskoye field on the Gydan Peninsula cost Gazprom Neft 500 million roubles. On November 28, the company paid twice as much to secure hydrocarbon exploration, development and production rights to a field located in the southern part of the Gulf of Ob.

The Leskinskoye field is located in the northern part of the Gydan Peninsula, bordering the shore of the Kara Sea. It occupies a total of 3,650 square kilometers. Results obtained from geological surveys indicated that the field may hold 110 million tonnes of crude oil. Nonetheless, the company claims that the deposit’s total capacity is much higher than initially expected. Gazprom Neft intends to complete drilling of its first well in 2020. The company believes the latter field to hold up to 400 million tonnes of oil. In early November, Novatek won the license to the nearby South-Leskinskoye area, a purchase that cost the company as much as 2 billion roubles. Gazpromneft and Novatek are the only companies to operate in the Arctic region while purchasing rights to subsequent licenses and conducting geological surveys. Yet it is all about land fields and shallow waters as they are not affected by the sectoral sanctions imposed by the United States and the European Union while their exploration seems much easier than any operations carried out on the Arctic shelf.

Gazprom Neft announced a decade ago that the Yamal Peninsula was likely to become its new major priority area. Since that time, the oil firm began to implement three large projects in the area. And yet Gazprom Neft is not the only one Russian oil company to be aware of the peninsula’s capacities. In order to make a given oil deposit fully profitable, it needs to account for no less than 65 million tonnes of extracted oil per year. Shortly after informing about Gazprom Neft’s new ventures in the Arctic, the firm announced that the Andrey Vilkitsky icebreaker had been launched in the firm’s fleet, apart from the Alexander Sannikov icebreaker and six oil tankers. Icebreaking vessels are expected to perform operational activities, mostly by providing support for Gazprom Neft’s tankers transporting oil from the company’s reserves in the Gulf of Ob. The Andrey Vilkitsky icebreaker was constructed to operate in the Arctic areas, which are covered by up to two to 2.5 m of ice for 200 days of the year.

Gazprom Neft’s management board includes among others Andrey Patrushev, the son of the secretary of the Russian Security Council and the former head of the FSB, Nikolai Patrushev. Furthermore, the firm’s board of directors is composed of well-known figures of Gazprom’s management committee, including Alexei Miller, Valery Golubev and Mikhail Sereda. Russian oil producer Gazprom Neft is a subsidiary of Gazprom, which owns 100 percent of its shares. The company has recently joined Russia’s top three oil firms (first two positions were assumed by Rosneft and Lukoil respectively), accounting for 62.3 million of total annual oil production. It is mainly tasked with developing the Arctic’s oil deposits as well as the Badra field in Iraq.