Another former Western European leader is believed to take over a top position in Russia’s state-run energy giant. Austria’s Wolfgang Schüssel, said to become a head of Lukoil’s supervisory board, will, therefore, follow the example of Germany’s Gerhard Schröder and former Finnish Prime Minister Paavo Lipponen, both of whom were proposed jobs in Gazprom. More and more European politicians and officials are being tempted by Russian-owned businesses, which displays a negative tendency because Russia is seen as the West’s enemy. 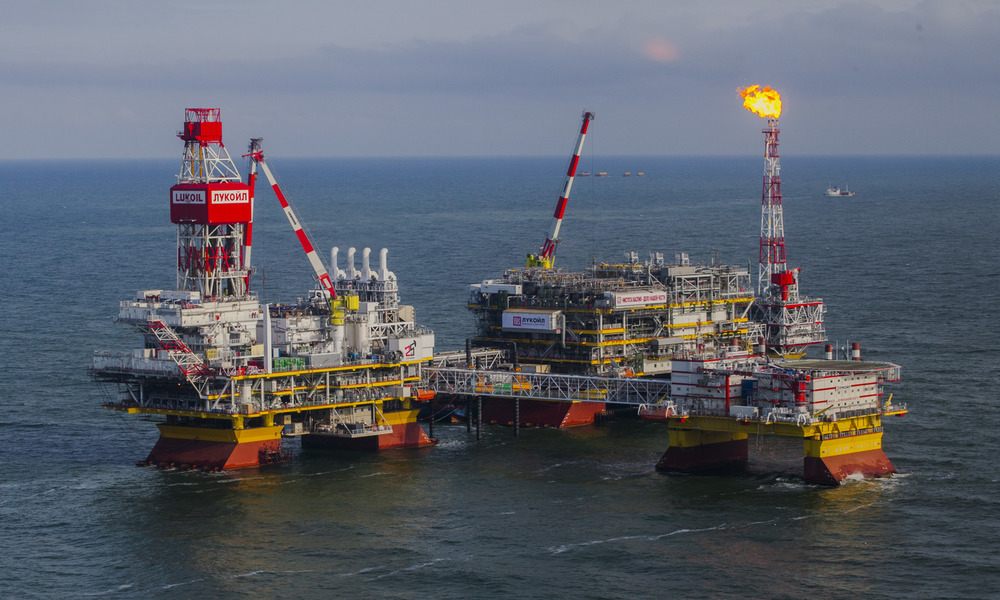 The late U.S. Democrat Representative Tom Lantos said he would dub Schröder “political prostitute” because of the German politician’s close ties to Gazprom, adding that in this way he would offend all sex workers in his district. Schröder’s career is the best known yet not the only example of collaboration between Western politicians and Russia.

As reported in early March, former Austrian Chancellor (2000–2007) and the ÖVP leader, Wolfgang Schüssel is deemed to become a member of the supervisory board of Russia’s largest oil company Lukoil. Also, a blatant German factor can be distinguished: after leaving politics, Wolfgang Schüssel served as the chairman of the Board of Trustees of the Adenauer Foundation, becoming later a member of the Board of Trustees of the Bertelsmann Foundation and of the supervisory board of RWE AG (Rheinisch-Westfälisches Elektrizitätswerk). German energy group has long been involved in cooperation with Russian Gazprom. Schüssel worked as Minister for Economic Affairs (1989–1995), then serving as the country’s Vice Chancellor and Foreign Minister for the next five years. Appointed Chancellor in 2002, he headed the government for seven years. In 2008, Schüssel was elected to the Board of Directors of Russian mobile communications giant MTS. Hans-Jörg Schelling, Schüssel’s compatriot and Austria’s Finance Minister (2014–2017), was an advisor to the Nord Stream 2 pipeline project developed with the participation of German companies and the Austrian firm ÖMV.

Naturally, Germany’s Gerhard Schröder is today the most known European politician that launched cooperation with Russian-based firms, beginnings of which sparked outrage. On September 8, 2005, representatives of Germany’s BASF and E.ON signed a joint agreement on building the Nord Stream gas pipeline in the presence of Gerhard Schröder and Russian President Vladimir Putin. A few months later, on December 9, 2005, Gazprom’s management informed that Schröder, who had slightly lost parliamentary elections and ceased to serve as Germany’s chancellor two months before, was offered a post in the supervisory board of Nord Stream AG. Just a few days before leaving the office, the German official had guaranteed a secret loan of one billion euros. In 2006, Schröder chaired the shareholders’ committee in 2006 while he became the head of the Nord Stream 2 AG natural gas pipeline project company’s board of directors on October 5, 2016. Between January 2009 and December 2011, Gerhard Schröder chaired the board of British- Russian oil firm TNK-BP. Since September 2017, he has been a member of the Russian energy giant Rosneft’s board of directors where he had been appointed by the Russian government. Rosneft Deutschland, which is Rosneft’s daughter company, holds stakes at three German-based refineries and is one of the largest oil suppliers to the German market. The firm is managed by Igor Sechin, one of Moscow’s top prominent people and businessmen. Like Gazprom, Rosneft accounts for fulfilling Russia’s foreign policy outside the country while Schröder lobbies for Moscow’s political interests both in Berlin and Brussels. When commenting U.S. sanctions that seriously hindered Nord Stream 2’s implementation, Germany’s former Chancellor expressed hopes that the country’s government will show that the project lies within its interest. Also, he makes comments on political affairs. “I predict that no Russian president will ever give up the Crimea,” he was quoted as saying. Moreover, he argued that Berlin should not take into account the U.S. standpoint in its mutual relations with Moscow. He also voiced objection over deploying 450 German servicemen to the Baltic countries as part of NATO’s multinational battalions.

Schröder is not the only foreigner sitting in Rosneft’s board of directors, which also consists of his compatriot and former Stasi officer Matthias Warnig as well as a Qatari businessman and British BP officials. In turn, Paavo Lipponen, who was Finland’s Prime Minister in 1995–2003, made considerable efforts to set up Nord Stream. In 2008, the prominent Social Democrat politician said he had sealed a deal with Nord Stream AG on providing consultancy services. “Mr. Lipponen will advise Nord Stream on the Environmental Impact Assessment (EIA) and permit application in Finland,” a spokesperson for Nord Stream said in the summer of 2008. All in all, this step proved highly effective as Helsinki gave its go-ahead to build the Russian-German pipeline. Gazprom’s interests were also represented by Party Secretary of the Social Democratic Party Antton Rönnholm while another former Finnish Prime Minister (1991–1995) and Center Party politician Esko Aho was offered a job from Russian state-run bank Sberbank.

However, the Russians have not always found it possible to find lobbyists within the milieu of notable European politicians. While Gazprom attempted to implement its major South Stream natural gas pipeline project, it sought to offer a post to Italy’s Prime Minister Romano Prodi. Bilateral negotiations between Moscow and Rome on the latter’s participation in the project were inaugurated in late 2006 when Vladimir Putin held a number of talks with the then Italian Prime Minister. When it became clear in May 2008 that Prodi will no longer serve as the head of the Italian government, Gazprom’s CEO Alexei Miller arrived in Rome on April 28, 2008, to make him an offer to become the chairman of a Russian-Italian consortium in charge of building South Stream. Prodi, who in past served as the President of the European Commission, was seen as a particularly notable figure by the Kremlin hoping to overcome Brussels’s resistance towards South Stream. Nevertheless, Prodi turned down the offer while the project eventually failed to be implemented.

Also, Russian energy firms and pro-Moscow Public Relations companies (have) employed a number of former Western politicians and officials, among whom are Denmark’s European Commission Trade and Environment director general Mogens Peter Carl, France’s European Commission’s Eastern Partnership Taskforce Bruno Dethomas, Britain’s European Commission competition official Peter Guilford, European Commission’s Spokesman for Trade and EU Foreign Policy Nigel Gardner, Germany’s European Commission’s Spokesman for EU Commissioner for Competition Michael Tscherny, and Holland’s EU political advisor to Commissioners for Competition as well as that for Internal Market and Taxation. After a Russian-Ukrainian gas conflict broke out in early 2009, GPlus formed a special team for Gazprom Export, whose members were mostly German notable figures such as Germany’s deputy permanent representative to the European Union Peter Witt, former European Commission industry spokesman and aide to two commissioners Gregor Kreuzhuber and former official of Germany’s Foreign and Economy Ministries Daniel Brinkwerth. Although those who lobby form Gazprom and Russia in the European Union remain overshadowed by prominent figures such as Schröder and Lipponen yet their systematic tedious work in Brussels is favorable for the Kremlin’s interests, as previously evidenced by the final outcome of the EU anti-trust proceedings against Gazprom and struggle over a gas directive and its impact on the Nord Stream 2 gas pipeline project.