The Finnish secret services operation in the Turku Archipelago

Last weekend, the Finnish secret services conducted a series of detainments in the south-western part of the country. Detainments concerned people connected with the Airiston Helmi company which operates in the Turku Archipelago and is dependent on Russia. According to the Finnish commentators, the company had little in common with a real business and could even be a cover for Russian secret services. Despite its long-term activity in Finland and the expensive properties trade, the company had no gains. The media claim that this year Airiston Helmi recorded even 300 thousand euro of loses. 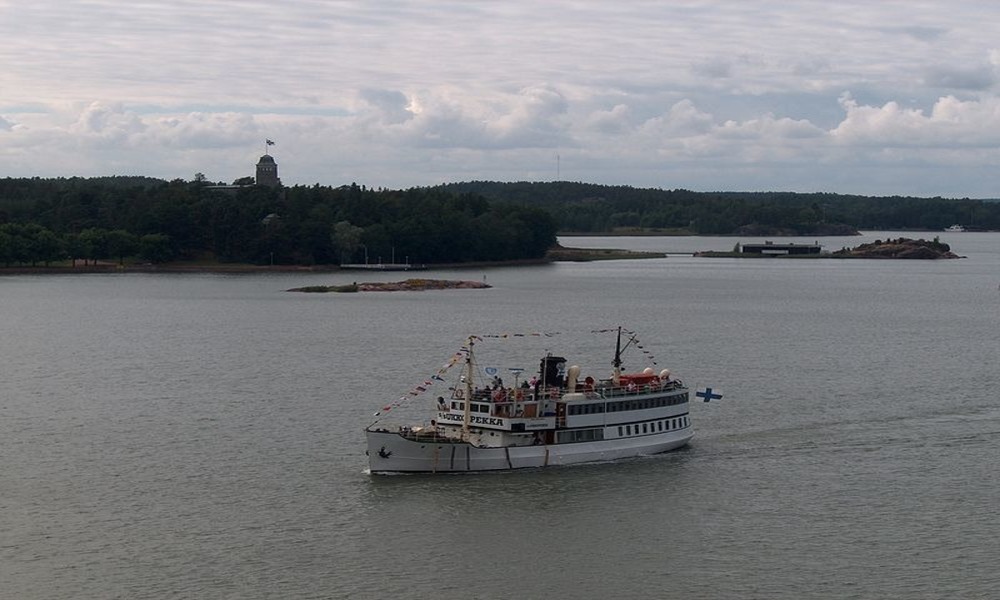 The investigation conducted by the National Bureau of Investigation (Finn. Keskusrikospoliisi) was supposed to control several enterprises suspected of fraud. It was mainly aimed at the Airiston Helmi company which has been active on the Finnish market since 2007. The preliminary data revealed by the secret services show that the detainments were conducted due to tax evasion and laundering of millions euro in the last several years.

However, the case had a broader meaning. Several hundreds of policemen and border guards, as well as the SUPO forces (Finnish secret services), were engaged in the action. Air and marine traffic were restricted around the archipelago and part of the media reported that air and marine reconnaissance units also took part in the action.

In years 2007 – 2014 Airiston Helmi conducted property transactions estimated at 10 million euro. The company’s activities were seemingly inconspicuous but the area where the company operated could raise questions of the Finnish secret services. Most of the company’s properties were located on the islands around Turku where important waterways are crossing. This location is not accidental. Both in the time of peace and military activities this region plays an important role for Finland as it neighbours the Finnish Naantali port. This is the third largest trading port in the country. Moreover, there is a power plant and oil refinery in Naantali.

Properties on some islands have drawn the attention of local authorities for long. Buildings seemingly constructed as detached houses had even 8 bedrooms in some cases and each room had its own toilet. They resembled small hotels, but the company did not have an allowance for the construction of such properties. The attention of the media and of the local authorities was attracted by the helicopters landing on one of the properties. According to the media, helicopters were shuttling to the airport in Helsinki and also to Latvia. Despite the local media attention, the company tried to avoid publicity.

During the work on the material about Airiston Helmi by the Yle journalists, a drone which was used by the journalists to gather a video material fell down. When the device was found, it did not have the camera.

According to information gathered by the Finnish media, Airiston Helmi is owned by a citizen of Malta with Russian origins. The Finnish company is not his only enterprise. The Finnish media, which do not reveal his name, claim that he also has businesses registered in Poland, Estonia and Italy. The Russian origin of the Airiston Helmi owner and the engagement of the Finnish secret services suggest that the activity of the company may have been connected with the Russian secret services. Especially as several years ago it was reported that Russians were buying properties located near strategic objects of SUPO. In the published paper, the services pointed out that most of the properties controlled by Russians were located near airports, mobilisation centres and key transport lines. Part of commentators goes even further and claim that the possession of properties in the archipelago by Russians could serve as a base for hostile activities. These places were convenient for intelligence activities or could even be a base for small diversion groups. On the other hand, part of commentators neglects the possibility of intelligence activities as they point to high costs and low possible gains. Such activities in this region could be conducted even without controlled properties. These commentators are more prone to accept the official version – that the operation had the only financial background.

However, it seems that the potential used by the services is not equal to the scale of the crime and the official message which stresses only the financial aspect is a cover for the whole operation.

In the nearest future, the Finnish secret services and the police will avoid clear declarations whether the aim of the weekend’s operation was only to combat financial crimes or maybe to counter hostile political activities. However, the Finnish case shows that many problems may have been prevented by restricting the European passports sales procedure.