Notwithstanding how events will further unfold in Bolivia, the ouster of Morales as the country’s president is likely to hit a severe blow to the Russian sphere of influence across Latin America. Morales has been part of the circle of the Kremlin’s closest associates, while Bolivia belongs to what could be called a pro-Russian axis of Latin American states, alongside Cuba, Nicaragua and Venezuela. Political reshuffles in Bolivia may weaken the regimes in Caracas and Havana. 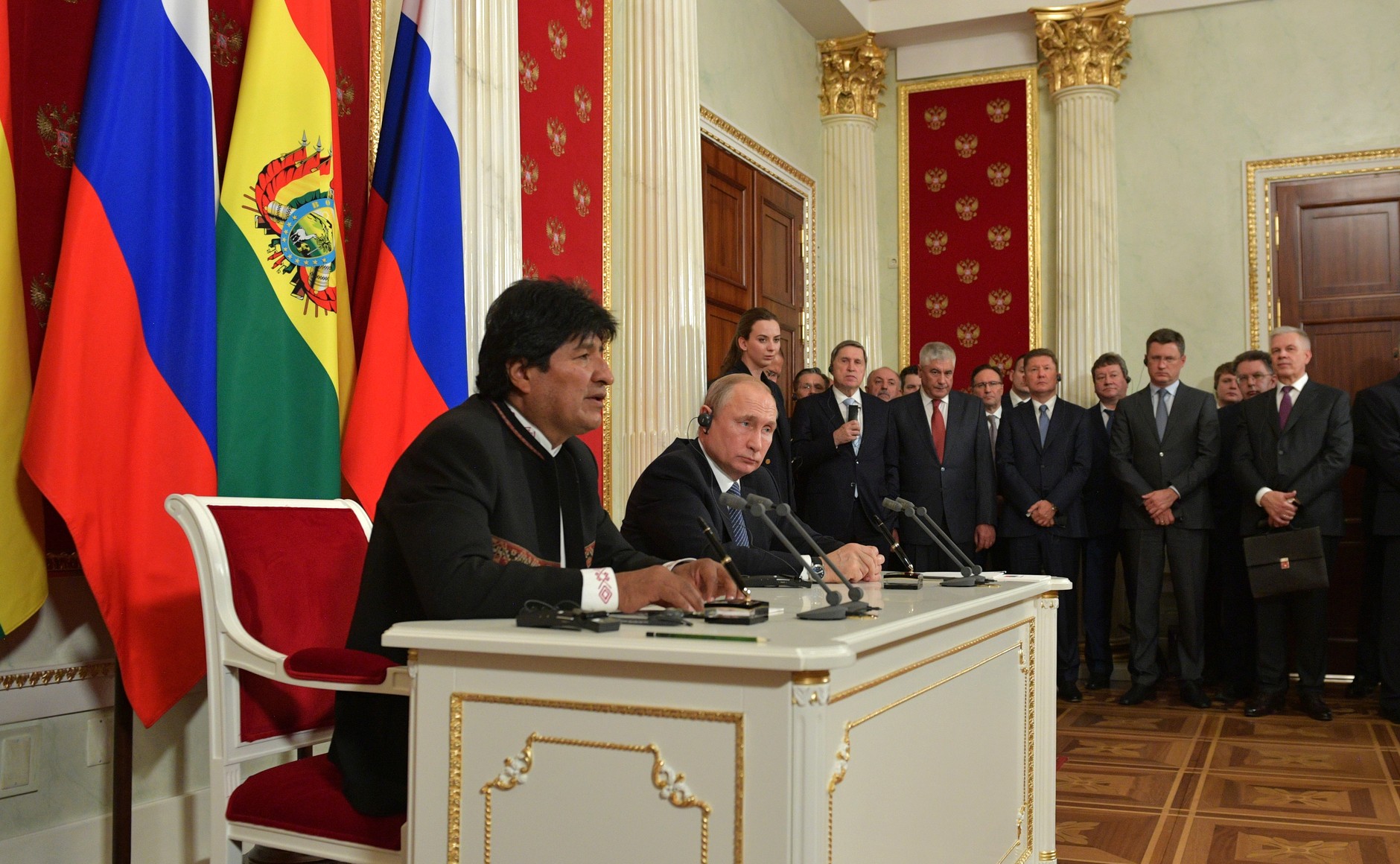 Bolivia’s leftist president Evo Morales, in power since January 2016, submitted his resignation on November 10, 2019, following weeks of protests over the country’s much-debated presidential election. Morales described the events in the country as d’état and fled to Mexico, where he was granted asylum. The Bolivian leader quit after a report from the Organization of American States (OAS) unveiled serious inconsistencies in the October 20 vote. The country’s opposition forces repeatedly claimed the vote allowing Morales consecutive re-election was rigged. What served as the decisive factor in the fall of Morales was the attitude embraced by the country’s military. Bolivia’s post-election uproar, which led to the resignation of the president, raised the ire of both Russia and a group of Latin American countries, or Moscow’s close allies. The leaders of Cuba, Venezuela and Argentina – Miguel Diaz-Canel, Nicolas Maduro and Alberto Fernandez – have all denounced what they named “a coup” against their traditional ally. Russian Foreign Ministry accused Bolivia’s opposition of “unleashing a wave of violence,” saying that the events in the Latin American country “have the patterns of an orchestrated coup d’état.” After Morales’s dismissal became the fact, Konstantin Kosachev, chairman of the foreign affairs committee of the Federation Council, the upper house of the Russian parliament, said Moscow is ready to continue dialogue with the country’s legitimate authorities and with the new parliament when the latter is elected.

The Kremlin perceived Evo Morales as its close ally, vital in the context of political turmoil that has gripped Venezuela. His political failure strikes a blow to Moscow’s position across the continent and poses a threat to Russian interests in Bolivia. When Morales last time visited Moscow in July 2019, both he and Vladimir Putin condemned any foreign meddling in Venezuela’s domestic affairs. In the wake of talks with his Bolivian counterpart, Vladimir Putin said that Gazprom had pumped half a million dollars into the development of the country’s oil and gas sector while Rosatom had contributed to the construction of a nuclear research and technology center. Russian companies showed interest in building railway connections and expanding an airport in the eastern city of Santa Cruz. Little is known how Russia will get on with the new authorities in La Paz as it remains unclear who will seize the full power in the country. Perhaps a strong camp of Morales’s loyalists will seek to destabilize the situation, also with some help from Russia.