The Three Seas Initiative (3SI) will not only support Europe and NATO’s Eastern flank, but also market competitiveness of the region – said Georgette Mosbacher. On Tuesday, April 17th 2021, Warsaw Institute had the honour to host another special guest within the Diplomacy Talks Series. This time we welcomed former US Ambassador to Poland (2018-2020) to talk about the future of the Three Seas Initiative. 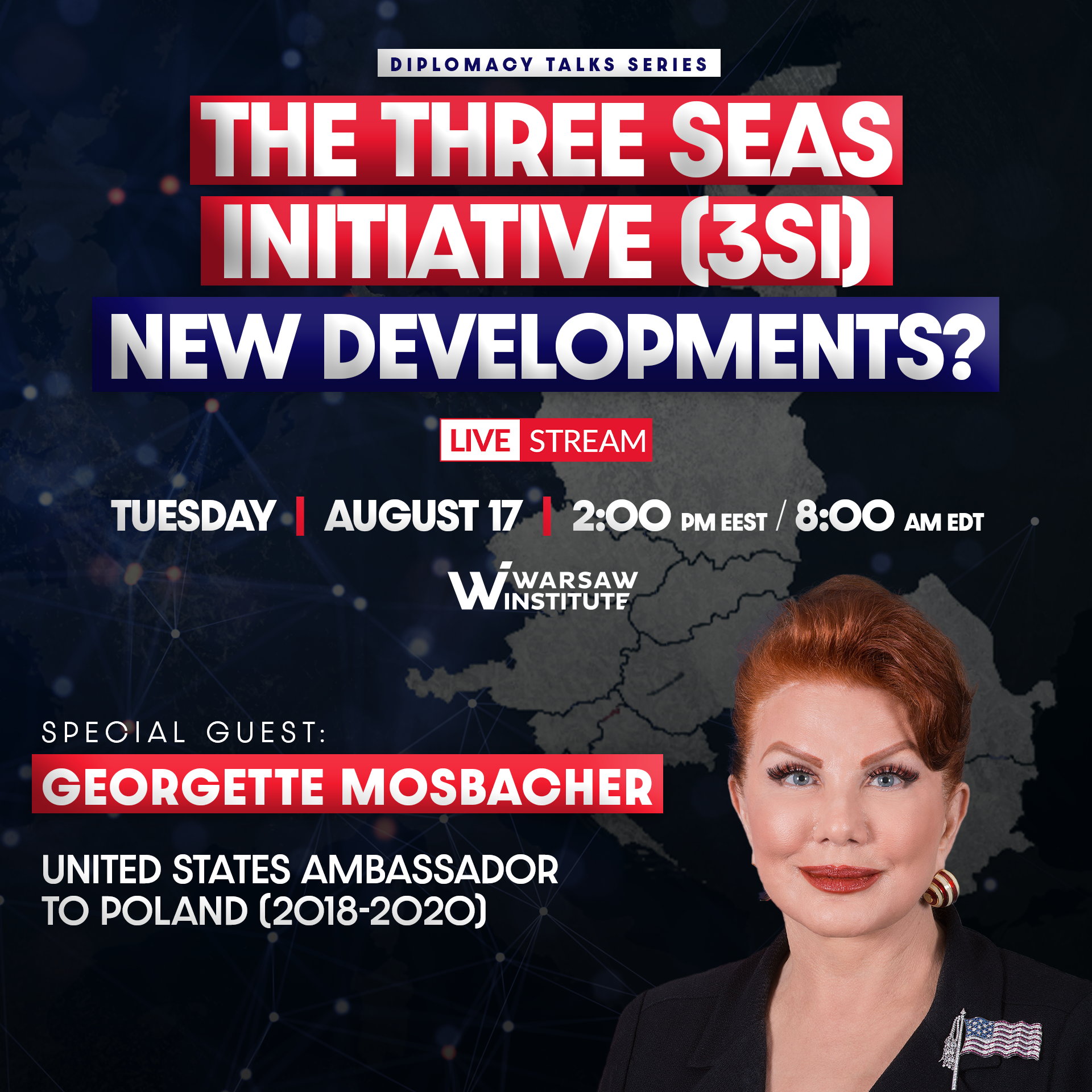 • Every country in the 3SI should invest in the 3SI Fund, otherwise no credibility can be achieved;

• US is devoted to support the economic growth of the region to counterbalance the Chinese and Russian influence;

• External countries should be interested to invest in 3SI – the return on investment will be long-term and secure.

Ambassador Mosbacher particularly stressed that the Three Seas Initiative is a multi-dimensional project – it will not only support the resilience of Europe and NATO’s Eastern flank, but it will do so through improving the economy and market competitiveness of the region. This is aimed to be achieved through private-public partnerships, with governments’ funds encouraging entrepreneurship and innovativeness.

One of the “cornerstones” of 3SI is also to attract outside private investments. Madam Ambassador highlighted that external countries – such as Japan, South Korea, and Singapore – should be interested to locate their funds in the 3SI because the return on investment will be long-term and secure.

Furthermore, G. Mosbacher suggested that Germany get involved in the project on the same basis as the US. “A strong, integrated Europe, a strong infrastructure benefits all the countries in Europe – not just Central-Eastern Europe.” Likewise the US, it is not necessary for Germany to be a member of the project; it can simply support and advocate it.

Former Ambassador proposed that the Initiative needs to be established as an institution with a correspondent office, bureau, and secretariat – a body staffed by representatives of each participating country to run projects efficiently. Such an institution should be complimentary to the EU and would enable the innovative idea to become truly transformative.

Here, the Warsaw Institute editorial would like to note that the 3SI is perceived by many Central European decision-makers and experts in terms of building a political counterbalance of the countries of the region to the dominant position of Germany in the EU. They also point out that focusing on the infrastructural and economic dimensions of 3SI may limit the geostrategic dimension of this venture. The authorities in Berlin, in the opinion of critics of Germany’s involvement in the Three Seas Initiative, may not be interested in supporting regional structures that could compete with Germany both economically and politically.

On a closing note, our guest commented on the recent events in Afghanistan. Mrs Mosbacher presented the view that since the US has been active in the country for 20 years, spending some 3 trillion dollars on the operations, and the situation was not improving, then it most likely would not help to continue that activity. Therefore, it was time for the US troops to leave Afghanistan.

Nevertheless, Madam Ambassador thinks the troops withdrawal could have been done better. “Now it is time for Russia, China, Iran, India, Pakistan… to pick up the mantle, because they are really in the middle of it. They are going to have to step up and do what they have to do to keep their countries safe… At some point you have to say — ok, this isn’t working and it’s not going to work — and you have to step out. I think that is where we are.”

We encourage you to watch the entire interview on our social media and follow us for more! 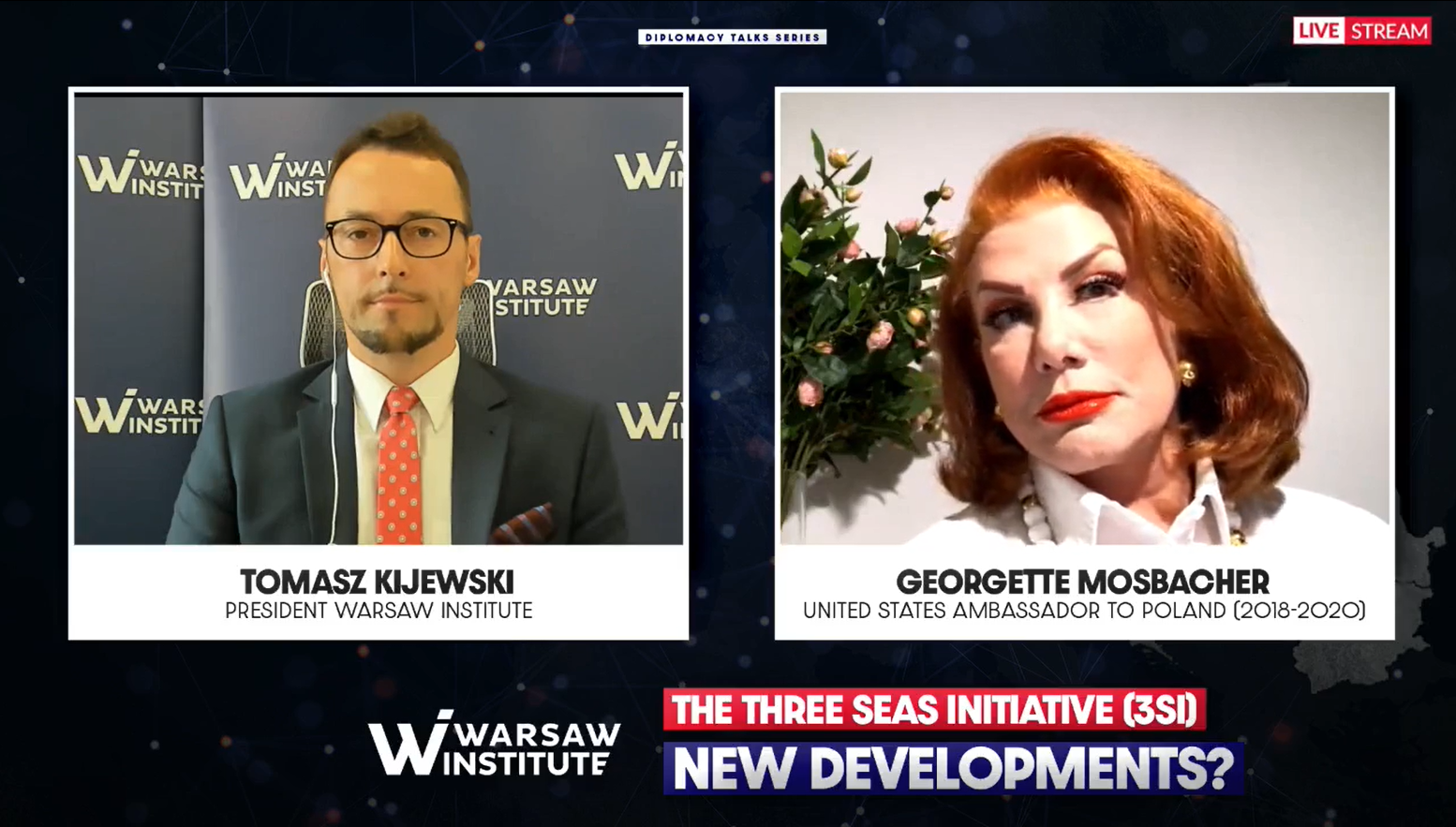