On September 28, 2021, a debate took place with the participation of Karol Wołek – president of the Casimir the Great, the Association of Kazimierz Wielki, the Main Board of the Union of National Soldiers of the Armed Forces and the Amor Patriae Foundation, Artur Krzeszowiak – communication strategy specialist and expert at the Warsaw Institute, and Tomasz Kijewski, a graduate of, among others, international relations at the University of Lodz (scholarship at the Center for Transatlantic Studies in Maastricht, the Netherlands) and the National Security Study Program (PASS) at the European Center for Security Studies General Marshall (Garmisch-Partenkirchen / Washington DC). 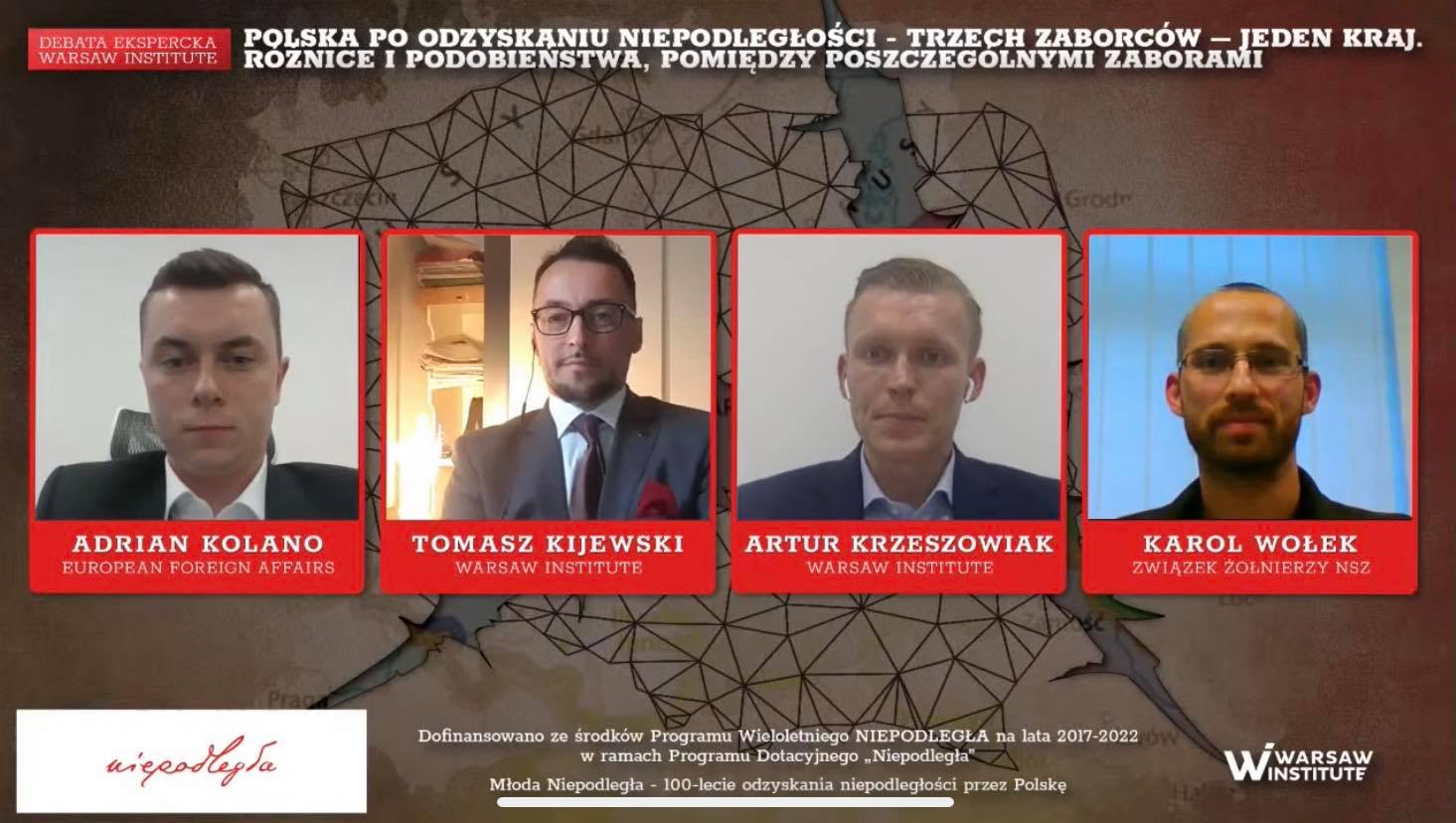 The speakers focused on presenting the standards of living in particular partitions (Prussian, Russian and Austro-Hungarian), as well as on the comparison of the possibilities of cultivating Polish traditions and culture in individual parts of the territory of enslaved Poland. Experts conducted research and a substantive comparative analysis in the context of the level of education of the Polish inhabitants after regaining independence. Moreover, the differences between the level of economic development of particular partitions were identified and analyzed, and their origins are also presented.

We encourage you to read the full conversation and follow our further activities!

The event “Piłsudski, Dmowski, and Paderewski – the fathers of Polish independence and their vision of the country” was held as part of the program Young Independent – The Centenary of Poland Regaining Independence. Financed under the NIEPODLEGŁA Multiannual Program for 2017-2022.