The European Union after the lockdown

The crisis triggered by the SARS-CoV-2 coronavirus pandemic has first caused a health and then an economic crisis in the European Union. Restrictions taken to flatten the epidemic curve froze social and economic life in the Member States, causing unprecedented shocks to European markets. Although the Union has dealt with the health aspect of the pandemic relatively quickly, economic issues will loom large in national and EU policy makers’ minds. 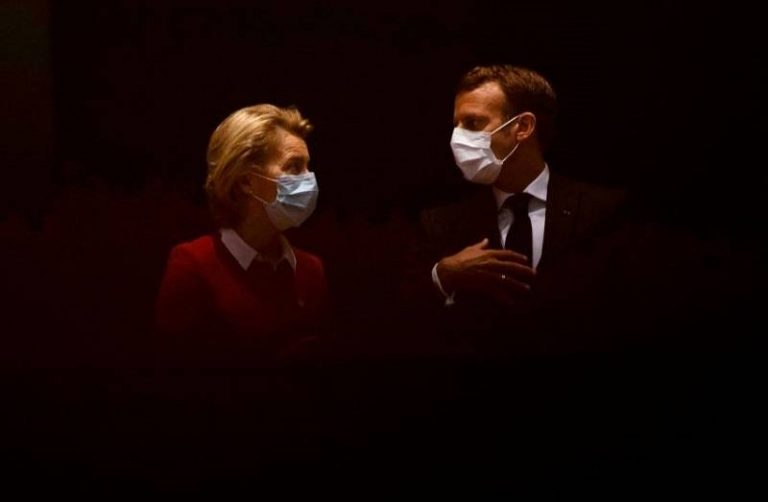 Until recently, the most important issues for the European Union were Brexit and the economic downturn intensifying since 2018. Tensions between the USA and China and the uncertainty surrounding Brexit have negatively affected EU economies and caused a downturn in trade, particularly in export-oriented countries such as Germany and France. The beginning of 2020 brought new issues. After the unrest between the USA and Iran, the earthquake in Turkey, the fires in Australia and the conclusion of negotiations on Brexit, it seemed that this year provided enough excitement. This illusory impression was interrupted by a virus that unexpectedly broke into the European reality. The pandemic was still underestimated by most EU countries in March. However, SARS-CoV-2 reached each of the countries in Europe, putting the health service, state authorities and citizens themselves to the test.

The restrictions imposed to reduce the number of infections have caused huge losses to household, corporate and public sector budgets. There has been a weakening of economic activity, which resulted in a worsening labor market situation in the form of a smaller number of employed, a drop in nominal wage dynamics and an increase in unemployment rate among the economically active. As a result of citizens’ lower income, the purchasing power of households in 2020 has decreased. This in turn led to a lower consumption and level of demand, which will slow down the recovery of economies and international trade. The virus has also hit production volume when the companies were shut down due to restrictions, absence of workers or interruption of supply chains. The volume of world trade, which already showed its weakest growth since the 2008 financial crisis before the pandemic, has further deteriorated. All these factors will result in unprecedented drops in GDP in the European Union. The freezing of economies has severely affected the revenues of companies as well as citizens and therefore taxpayers. This means an increase in public sector debt and will certainly lead to a slow-paced recovery from the recession.

The European Commission has proposed a program entitled “Next Generation EU” in order to help the EU economies. It includes an establishment of a reconstruction fund worth 750 billion euros dedicated to helping the countries most affected by the pandemic. The money will come from the issuance of Eurobonds. This way the money will be repaid by European societies in the future, which affects the lives of the following generations.

The European Union did not react in time when the SARS-CoV-2 coronavirus crisis was on the rise. This lack of reaction, combined with the closure of borders, lack of solidarity and states caring for their individual interests, at a certain point gave an impression that the European Union existed only in theory. When Italy was asking for help, their call remained unanswered. Initially, Germany and France banned the export of personal protective equipment by keeping large transports to Italy within their territories. Yet, the EU showed its strength over time. Nevertheless, the described events could be the cause of an increased Euroscepticism in particular EU countries.

The pandemic also had an impact on social changes. Making millions of people stay at their homes for more than a month has led many countries to develop digitally. Remote work, which has become the basis for the survival of many businesses, proved to be as efficient as office work. Such conclusions can, over time, significantly influence changes in labor market trends. Moreover, it has turned out that it is possible to conduct classes, university lectures or even register a vehicle without leaving home. It seems that lifting the restrictions will not undo some of the changes and will have a real impact on the improvement of the quality of life and to some extent reduce the bureaucracy.

Furthermore, the effects of the crisis include a loss of confidence in the capabilities of an individual and the reliability of the market mechanism. The coronavirus has shown that in case of sudden changes on such a large scale, the private sector is not able to cope on its own. This may lead to changes in the direction of an increased role of the state. It is also possible that society’s approach towards risk will be altered. Having concerns over further unexpected situations, people may be more inclined to save money, which will result in less capital being circulated in the economy.

Although the daily number of new infections is still significantly growing worldwide, the countries of the European Union are performing really well in this comparison. It could be even stated that at this point the EU has dealt with the pandemic. However, it is difficult to assess how the member states’ economies are managing. Above all, there is no certainty as to the effectiveness of the actions taken. State authorities (although with a delay) and the EU have decided to adopt multibillion fiscal and monetary measures to limit the economic impact of the lockdown as much as possible. Their costs will continue to shape life and policy in Europe for a long time to come. Forecasts predict a sharp decline in economic activity of all economy sectors in the second quarter of 2020 and a slow recovery in the second half of 2020. The next year is expected to bring economic revival and further growth. However, this scenario assumes that the disease would not return again this fall, yet no one can be sure of that.

Author: Jakub Łyjak – graduated from law at the University of Adam Mickiewicz University in Poznań and economics at the Poznań University of Economics. He also studied Business Administration (Betriebswirtschaftslehre) at the Westfälische Wilhelms-Universität in Münster. He gained professional experience in the field of law and non-governmental organizations, including Polish Entrepreneurship and Leadership Association and Center for American Studies