Unpredictable developments in Belarus, coronavirus outbreak and changing regional realities – with all the disturbances around, it seems we have definitely entered an Extremistan, this country full of improbabilities imagined by Nassim Taleb. In these circumstances, more and more scholars argue that in the 21st century, long-term strategies are bound to fail due to highly changing environments. Usual critique is that a strategy built in advance is not responsive enough to the contemporary emerging threats. Consequently, decision-makers find themselves obsessed with here and now, prioritizing reactive crisis-management, an example of which are the current response to the COVID-19 pandemic or EU’s approach to unprecedented street protests in Belarus. Undoubtedly, during the Cold War era, Western allies faced relatively clear-cut opponents like USSR and communism (although one could argue whether Gorbatchev’s actions in 1987-1989 were predictable). Nevertheless, today the West has lost a clearly defined external adversary and uncertainties are undeniable – global pandemic, hybrid wars, climate change or transnational terrorism – are just some examples. In this case, it is often complicated to convince people that long-term strategizing is actually useful in the 21st century. 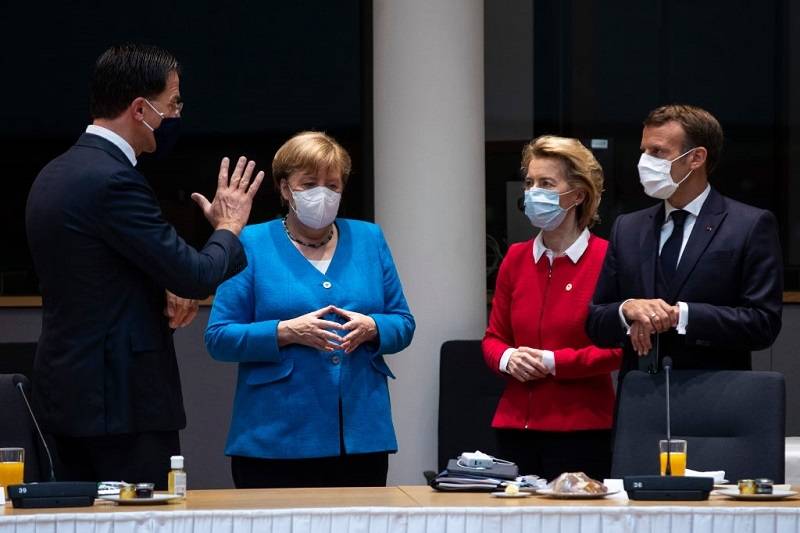 Nevertheless, complexity of the contemporary international environment should not discredit grand strategy as a whole concept. Instead, volatility of current international affairs should call for its renaissance as a disciplined intellectual framework, allowing policy makers to judge the relative importance of emerging risks. How else, the EU would know whether China’s rise, Middle Eastern instability or recent developments in Belarus are core or marginal concerns? Defining and hierarchizing interests is essential, as states cannot handle all the issues equally due to limited resources and capabilities. Specifically – the percentage of defence spending on military forces, R&D, diplomatic activities or foreign aid are dependent on grand strategy.

Unfortunately, policy makers often find it difficult to implement an effective long-term strategy. Instead, they look at it often from a “reductionist” point of view, as an ideal single organizing framework, to that extent it stops decision-makers from holistically understanding the world complexity and from adapting to changing circumstances. Let us take a look at NATO example, and namely on defence spending, which focuses rather on mathematically set goals with little degree of flexibility – 2% of GDP on military forces and 20% of military spending on R&D and procurement. Such an approach is actually ignoring various aspects of strategy such as defining core interests or hierarchizing areas of interest where money is actually needed. This reductionism is also visible due to lack of NATO-wide discussion on forward-looking strategy and defence planning. An example of which is the latest intention to significantly reduce the presence of US troops in Germany, so far, the most important military partner on the European side of the transatlantic security structure. According to Donald Trump, the justification for such a step is the fact that Germany – the richest country in the European Union – “does not pay for NATO.” But maybe instead of having a prescribed approach towards pressuring NATO members like Germany to reach mathematically fixed spending levels, the Alliance should call to think about strategy, define real priorities and make its allied forces more effective in core areas? Prescriptions and dogmatic viewpoint towards strategy has little utility in the 21st century. It is not because one has a fixed percentage spending or defined directions of security development, that he should become stubborn about a strategy and lose the ability to adapt and react to the changing environment.

Moreover, static assumptions are also dangerous for effective strategizing – for instance, the EU’s strategy is in some ways based on the assumption of sustainability of liberal international order. Nevertheless, in the context of the variability of international affairs, currently caused by COVID-19 or by serious disturbances in Belarus it is more contested. Namely, the EU’s global influence, political and economic strength seems to be in decline. For example, in the mid-1990s, the EU’s share of global trade was over 25%, whereas today it equals around 15.2%. Moreover, its reliance on China, being the largest exporter since 2009 and world’s largest industrial producer, is even more visible with the current coronavirus crisis. China, as one of the largest manufacturers of medical products, is providing EU member states like Italy or Poland with medical supplies. Additionally, the supplies are accompanied by a vast promotional action and diplomatic activity from Beijing. These trends, together with broader international affairs issues, puts into question the advance of globalization, and the West’s uncontested international pre-eminence. It reveals that the volatile character of contemporary international affairs can easily challenge basic assumptions and thus flexibility is key.

Furthermore, the situation in Belarus is not making it any easier for the EU… Belarussian case offers a range of possible developments – on one hand, there is no doubt that the Armed Forces of Belarus, together with the Armed Forces of the Russian Federation have rehearsed scenarios of armed intervention in Belarus. Additionally, Russia and Belarus have ties on various levels, both in terms of military operations and in the area of military-technical cooperation. A scenario of military intervention, while not a cakewalk, is still within the realm of the possible. But on the other hand, there are also hybrid activities aimed at destabilizing the social situation, with the use of information warfare which seems even more probable. In Belarus, the majority of people watch Russian news programs and it seems like a child’s play to flood the news or Internet with disinformation. For example, there have been attempts to discredit NATO exercises in Baltics – by showing deceitful images of pending NATO invasion of Belarus from Lithuania. Hence, a destabilized situation in Belarus is even intensified by a complex disinformation landscape, which can surely have an impact on the EU members, NATO and its allies. Is then backing away from long-term strategizing and conducting a foreign policy from crisis to crisis the best remedy?

Those three examples – disturbances on NATO level, COVID-19 crisis as well as protests in Belarus show that a volatile character of the international politics can create a serious dilemma for the EU or the US as to how they should react to various changes in the world. Instead, European and American decision-makers might take a closer and a more analytical look at the unprecedented developments worldwide and increase its preparedness for the future by building its anticipatory capacity. Hence, draw attention to trends, discontinuities but also emerging opportunities by incorporating forward-looking methods such as scenario planning into foreign policy making. Because, whatever the developments of the geopolitical situation will be, it is likely to have a number of implications on the international politics in the long run.

Author: Martina Hachoud – Coast Guard Sector Assistant at Frontex. She gained her professional experience in government and non-government sectors as well as international organisations like United Nations. A graduate of MA studies in International Security at the Sciences Po in Paris.