Estonia: The Opposition Faces Major Defeats in Parliament and Loses Support in Ratings

The fact that the opposition lost two no-confidence votes against both the Prime Minister and a draft school reform confirms that Estonia’s current coalition government, which is composed of three rather divergent political parties, is, indeed, effective. After several months of campaigning, the main opposition force, the Reform Party, has failed to overthrow or, at the very least, to weaken the government led by Jüri Ratas. Moreover, public opinion polls also seem to confirm the stabilisation of the political scene in Estonia. 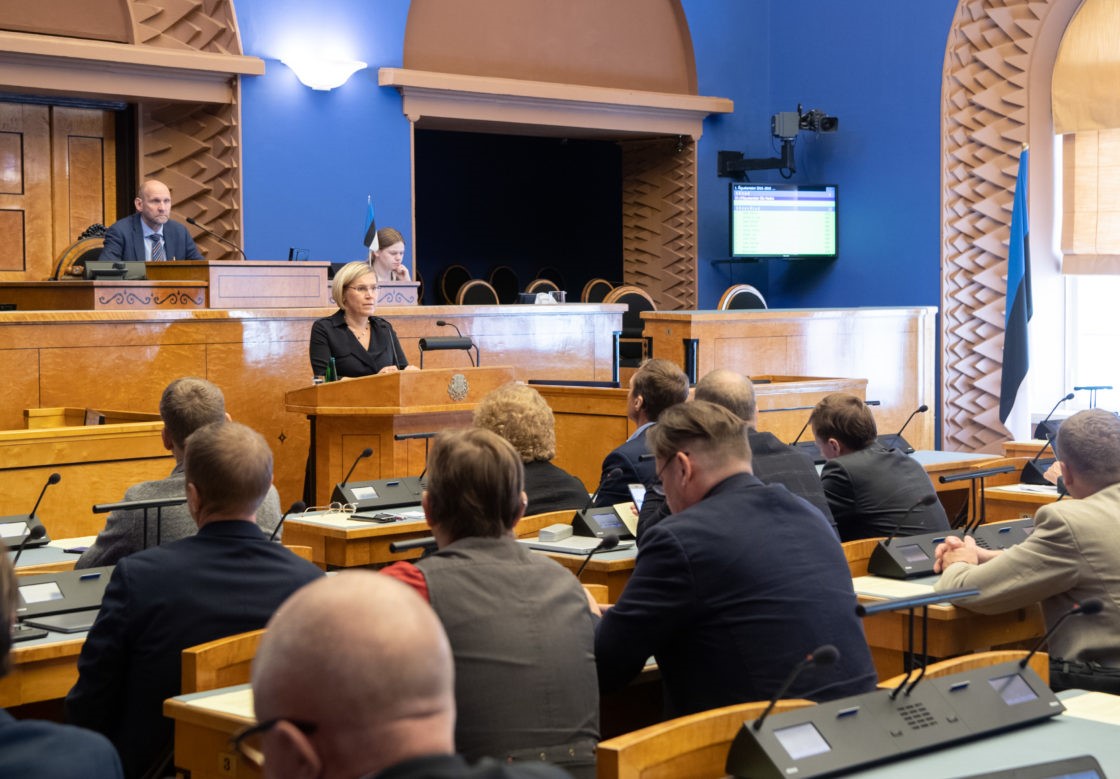 While the largest opposition party in Estonia, Reformierakond, is gradually losing support, its main political rival, EKRE, is growing in strength, according to a September poll conducted by the Turu-uuringute AS opinion research centre commissioned by the public broadcaster ERR. 32% of respondents said that they would vote for the Reform Party. This is two percentage points less than a month ago. The Centre Party holds second place in the polls with 21%, which is one percentage point less than in August. Third place still goes to EKRE, whose ratings jumped from 16% to 19 % within a month. The opposition Social Democratic Party (the SDE) gained 9% of public support (in August, it was 8%). Isamaa, a coalition member, can count on 6% (the party lost one percentage point over the last month). 5% of respondents would vote for Estonia 200, a liberal political party which is currently not represented in the parliament. The remaining political groups have either around 1% or 2% of public trust. Overall, the Keskerakond-EKRE-Isamaa coalition has in total 46%, whereas the opposition (Reformierakond and the SDE) has 41%. Compared with the results of the Riigikogu elections held at the beginning of March this year, only centre-right Isamaa has noted a significant change in support. The party obtained 11.4% in the recent parliamentary elections, however, according to the latest polls, it currently has two times less support than before. The winner of the March elections, Reformierakond, has improved its ratings from 28.9% to 32%. Other parties obtained similar results to those in March.

Recent events in the parliament might have affected the popularity ratings. First, on August 30, Reformierakond failed to win a vote of no confidence against Prime Minister Jüri Ratas from the Centre Party. Then, on September 10, the opposition suffered yet another defeat at the Riigikogu forum. A parliamentary majority rejected a draft reform aimed at recognising the Estonian language as the only language of instruction in preschools and schools. Political critics regarded the draft prepared by Reformierakond as an attack on the Russian minority (25% of Estonia’s population). While 32 deputies voted in favour of the proposed regulation, 44 were against it. The controversial draft was supported only by politicians from the Reform Party, whereas MPs from the three ruling parties as well as the second-largest opposition party, the SDE, voted against or abstained (21). Special attention may be drawn to the untypical behaviour of the representatives of the coalition right, who during the previous parliamentary term supported the proposed reform, now, however, they did not even vote for it. This is the price for entering into coalition with the centre-left Centre Party, whose core electorate is, in fact, the Russian-speaking population, hence the reason why the party wants to uphold the Russian-language school system. By presenting their own draft, the coalition parties have de facto postponed the reform in the distant future, which is, of course, highly beneficial for the Centre Party.