Enemy at the Gates as Russian Delegation Pays Visit to America

Not incidentally, Russia keeps conducting its ever-increasing military and political activities in Latin American countries, being hostile to the United States. Thus, in the light of the failed “Trump-is-Ours” strategy and extremely tight U.S.-Russian bilateral relations, the Kremlin is making attempts to pose threats. Such recent events as deployment of Russian strategic bombers to ally Venezuela, trip of Russia’s intelligence service to Cuba and revived discussion on military facilities in Cuba came amid the U.S. plans to pull out of nuclear arms treaties. Yet the Kremlin’s attempts to frighten Washington with placing military assets in the region seem to corroborate the fact that Moscow does not dispose of any other arguments. It is rather about a political intrigue that will not translate into any plausible military perspectives. 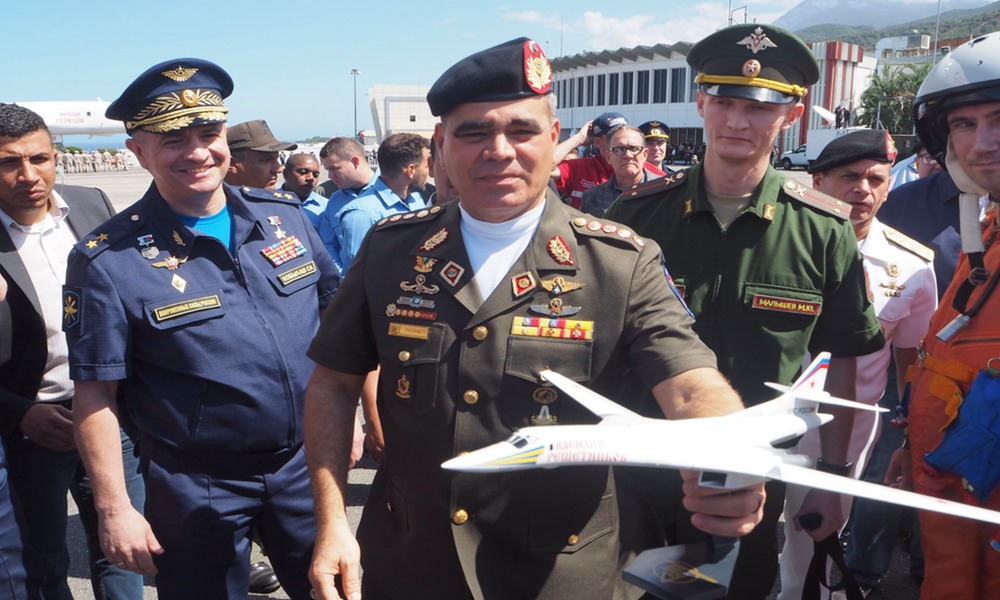 On December 10, while a Russian military squad landed at the airport outside Caracas, The Director of the Foreign Intelligence Service of Russia (SVR) paid a visit to Havana. Sergey Naryshkin met the leaders of Cuba’s security and intelligence agencies and First Secretary of the Communist Party of the ruling Communist Party, Raul Castro, thus denoting the great political significance of his stay. Though, Moscow’s serious plans are more likely to be linked to Venezuela, its second biggest ally in the region. Russian nuclear-capable strategic bombers arrived on December 10 at Maiquetia airport outside Caracas after a 10,000-kilometer flight. The pair of Tu-160 aircraft was the “Nikolay Kuznetsov” (No. 2) and the “Vasily Reshetnikov” (No. 10), deployed to Venezuela from their home airfield in the Russian city of Engels. Both jets returned to their home base on December 14. Russian bomber aircraft flew over the Caribbean sea during a 10-hour training session while being escorted by Venezuela fighter jets. It was the third time Venezuela has hosted Russian Tu-60 bombers as they had already been deployed to the country in 2008 (when they also landed in Nicaragua) and 2013.

Furthermore, the Organization of American States (OAS) expressed its “greatest concern” over the arrival of Russia’s strategic bombers capable of carrying nuclear weapons in Venezuela. In a statement released on December 12, the OAS General Secretariat said that the visit violated the Venezuelan constitution, under which any foreign military missions needed to be authorized by the state’s parliament. The aircraft were not armed with nuclear weapons, Russian Defense Ministry stated. The deployment of the Tu-160 strategic bombers to Venezuela revived the idea of setting Russian military facilities on the island of La Orchilla located about 200 kilometers northeast of Caracas. The Caribbean island is currently home to the Venezuelan naval base and military airport. In 2008, Hugo Chavez, who was the president at that time, offered Russia the use of La Orchilla military airfield to base its long-distance strategic bombers. The island was visited by Russian experts and air forces commanders. Nonetheless, Dmitry Medvedev, the then Russian president, eventually declined Chavez’s proposal. During his last trip to Moscow, President Nicolas Maduro was promised financial aid worth 6 billion dollars, a feasible price for letting Russian air forces station on Venezuelan soil. Though, the Venezuelan law prohibits any countries from setting up permanent military bases while permitting to establish temporary facilities.

Sending Russian strategic bombers to Venezuela aimed to make Americans aware of Putin’s readiness to use the country’s nuclear arsenal if necessary as this kind of weapons constitutes the only domain in which Russia may feel free to claim rights to equal treatment between Moscow and Washington. This seems particularly important today as the Trump administration is trying its utmost to withdraw from subsequent disarmament treaties with Russia. Generally speaking, these deals are believed to limit U.S. undertakings, mainly in the light of the ever-growing Chinese threat.