The End of the Crisis, Latvia Finally Has a New Government

Never before had independent Latvia waited so long to form a government after the parliamentary elections. It was achieved after four months, in the third attempt. The form of the coalition was obvious from the beginning, but the choice of PM and ministers was more difficult. Eventually, the leader of the smallest grouping in the coalition has become the head of cabinet. One thing is certain, even though a pro-Russian party won the elections, Latvia will still be governed by a centre-right coalition with definitely Euro-Atlantic and EU orientation. 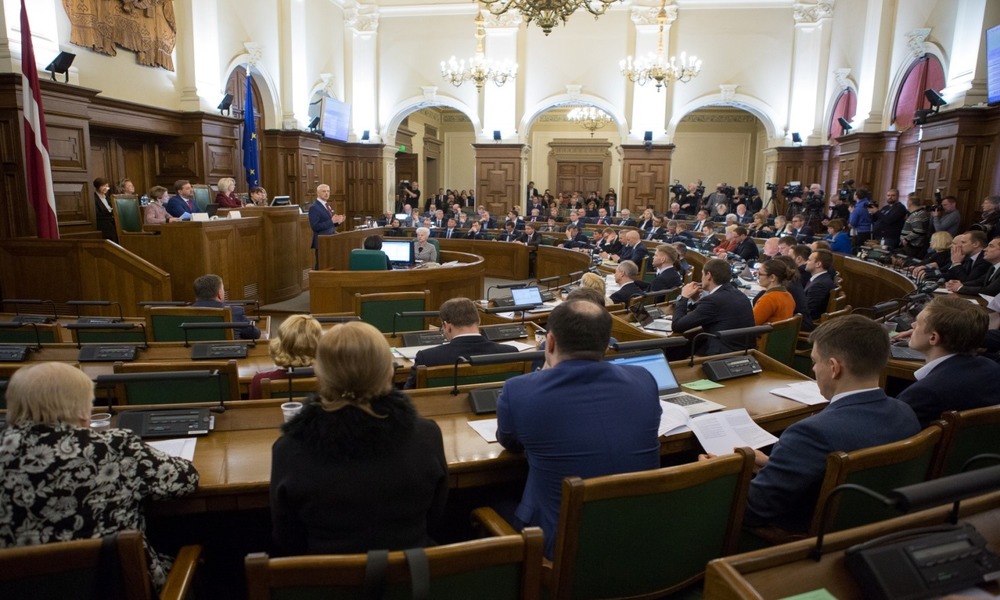 Latvian parliament (Saeima) has approved the composition of a new coalition government. It includes representatives of five parties and Arturs Krisjanis Karins, MEP and former Minister of Economy, has become the PM. 61 deputies voted for the government, 39 were against.

The process of coalition formation and government nomination has lasted for almost 4 months, breaking the record after 1991 and restoring independence by Latvia. The elections took place on October 6, 2018. Seven groupings entered and a pro-Russian Social Democratic Party “Harmony” won, introducing 23 members to the Seaima. However, it did not manage to find partners to form a coalition. Then, leaders of subsequent parties which gained the biggest number of mandates (16) after “Harmony” had chances to form a government. But neither Jānis Bordāns (New Conservative Party, Latvian: JKP), nor Aldis Gobzems (“Who owns the state?”, Latvian: KPV LV) did manage to achieve that. The success came in the third time – when the members of the coalition agreed that the leader of the smallest grouping should become the PM. Unity has only eight seats in the Saeima. Except for the position of the PM, it has also positions of heads of the Ministry of Foreign Affairs and Ministry of Finance. KPV LV (16 mandates) gained the Ministries of Economy, Internal Affairs and Welfare. New Conservative Party (16 mandates) has positions of Minister of Education and Minister of Transport, and a would-be PM Bordāns occupies the position of Deputy PM and Minister of Justice. The liberal coalition “For Latvia’s Development” (13 mandates, Latvian: LA-KP!) obtained the Ministries of Health and Environment, and its leader Artis Pabriks has become a Deputy PM and Minister of Defence. Finally, the fifth member of the collation, the conservative National Alliance (13 mandates) – was given two Ministries: of Culture and Agriculture. Jointly, the coalition has a safe majority of about 60 out of 100 members of parliament.

The government includes well-known names of politicians who express clearly Euro-Atlantic views, e.g. Minister of Defence and Deputy PM Artis Pabriks, who served as Minister of Defence, as well as Minister of Foreign Affairs before. Edgars Rinkevics will remain as Head of Diplomacy (he has been in power since 2011). Prime Minister, a 54-year-old professor of linguistics, has dual nationality because he comes from an immigrant family: he was born in Delaware, USA. Karins returned to the country of his parents and in 2002 co-founded the New Era party, in 2004-2006 served as Minister of Economy and since 2009 he was a MEP. New PM announced that his cabinet would aim to combat corruption and to clear the Latvian financial system which is burdened with money laundering scandals. In his first speech in the parliament, he was talking about a Russian threat, aggression towards Ukraine and promised to continue the “Euro-Atlantic course”. As a response, Vjaceslavs Dombrovskis (“Harmony”) said that the government would be dividing the society. Winners of the elections remain in the opposition, similarly as the grouping of oligarchs ZZS (Union of Greens and Farmers) which has 11 MPs.