Egypt and Ethiopia dispute the dam. Is there a real risk of conflict?

Another round of negotiations between Egypt, Sudan and Ethiopia concerning the Ethiopian project to build the Grand Ethiopian Renaissance Dam (GERD) on the Nile has ended with a stalemate. Egyptian Minister of Water Resources and Irrigation, Muhammad Abd al-Ati, accused Addis Ababa of lack of goodwill in the context of reaching a legally binding agreement. The dispute over the construction of a hydroelectric power plant has been going for years and neither side seems willing to make any concessions. This may turn in the future into another full-scale conflict in the region, as both Egypt and Ethiopia do not preclude the use of military force to protect their interests. 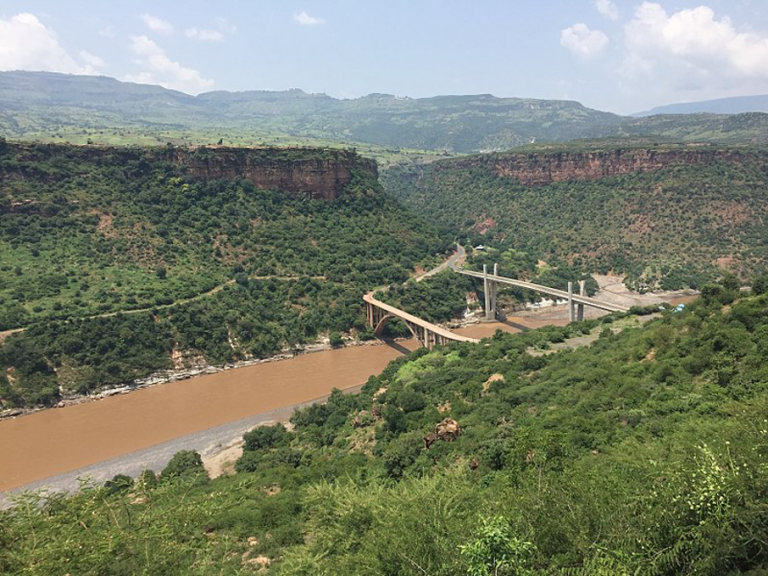 The Grand Ethiopian Renaissance Dam project started in 2011, aimed at building a hydroelectric power plant on the Ethiopian part of the Blue Nile, which is the second main source of the proper Nile (next to the White Nile to which it connects in Sudan’s capital, Khartoum). Once completed, it is expected to generate over 6,000 megawatts, making it the largest unit of this type in Africa, turning Ethiopia into one of the major energy producers on the continent. The investment, worth almost USD 5 billion, is almost ready and had been planned to begin filling its reservoirs in June this year. However, from the very beginning the project has been seen as controversial by Sudan and Egypt, which lay lower downstream and are concerned about its potential environmental consequences. Egypt, which struggles with overpopulation and derives more than 85% of its water resources from the Nile, in particular sees the project as a potential threat to its own existence and raises the most remarks. Cairo is concerned that the dam’s operationality, and especially its rapid pace of filling, may significantly reduce the flow of water downstream, potentially causing drought and reducing the efficiency of the Egyptian dam in Aswan. For this reason, it has long been trying to reach an agreement with the authorities of Addis Ababa, which would take into account Egyptian fears and set a legally binding framework for the functioning of GERD. However, no such agreement has been achieved so far, and the negotiations that had been taking place for almost a decade are ending with stalemate after stalemate.

The Ethiopian authorities maintain that Egyptian fears have no basis, and that the Renaissance Dam will not negatively affect the environment and water levels below the river. In addition, it accuses Cairo that “it does not respect the internal affairs of the Ethiopian people, their right to manage their resources and develop on their own”. It would seem that Ethiopia is not interested in reaching agreement on this issue and unilaterally makes most decisions regarding the dam, including the decision to start filling the reservoirs in June. Addis Ababa is determined to make the project fully operational as soon as possible, since it is expected to bring great benefits to the Ethiopian economy, making the country one of the main energy exporters in the region, thus giving this one of the world’s poorest countries a great chance for progress. Therefore, it is difficult to expect that the position of the government of Abiy Ahmed Ali, the 2019 Nobel Peace Prize winner, will change on this matter. Egypt, on the other hand, stresses that it fully respects the Ethiopian right for development but maintains that the GERD project can have disastrous effects on Egypt’s water management. The Blue Nile, which has its sources in the Ethiopian mountains, in the rainy season is responsible for about 80% of the total water resources of the Nile River, from which over 100 million Egyptians are fully dependent.

Therefore, both sides have their justifiable arguments – for Ethiopia, the dam is a huge opportunity for development, while Egypt perceives it as a potential threat to its own existence. Negotiations on this issue have been going on for almost a decade, but in Egypt itself there were also accusations that Addis Ababa took advantage of the political chaos arising in the country as a result of the so-called Arab Spring events in 2011, preventing Cairo from taking decisive steps at an early stage of the project. Another round of talks, involving Sudan, took place at the beginning of June this year and went on almost three weeks before also ending in deadlock, where Ethiopia announced that it would not change its intentions to start filling the tanks in the near future. The Minister of Foreign Affairs of Egypt Sameh Shoukri even sent a letter on this occasion to the UN Security Council on Friday 19.06.2020, asking for intervention in this matter. Sudan, although less feverously adamant than its northern neighbour, is also calling for a return to negotiations and attempts to find a common understanding, warning against further escalation of the dispute. For both Egypt and Ethiopia do not rule out the use of military force to protect their strategic interests related to the implementation of the Great Renaissance Dam project, the risks that the disagreement may turn into a regular full-scale conflict stubbornly persist, which would have further destabilising effects in the wider the Horn of Africa as well as the Middle East region. The whole situation also emphasises the fact that access to very limited water sources remains an important case in this part of the world. It can be expected that there will be more and more similar disputes on this issue in the future, and whilst the way to resolve this dispute is not clear, the need to do so in a positive and construct approach is.