Economic Patriotism as a Tool for Boosting Silesia-based Businesses

Recent years have brought a tilt towards economic patriotism – a theory evoked to justify consumer choices – as part of Poland’s ongoing development efforts. Within that and in line with a raft of macroeconomic premises, efforts are being made to set up institutions, including the Polish Development Fund (Polski Fundusz Rozwoju, or PFR), a state-owned investment firm established back in 2016, which act as a protective umbrella for Polish businesses. Yet similar bodies had come into existence much earlier than that, with the 1995 Regional Contract for the Katowice province that created the Upper Silesia fund. Throughout its 25-year history, it has built into the Silesian economic landscape.

In the interview, Krystian Stępień and Jacek Miketa, who both serve as the president and vice-president of the Upper Silesia Fund, provide an insight into how the firm’s offer has changed over time and how its mission has helped Silesian businesses in the time of the pandemic.

As profound social and economic shifts occurred back then, the Upper Silesia Fund was established in 1995, with the core aim to foster regional growth. How has its mission evolved over the time and how would you define it today?

Krystian Stępień: Since its inception, the Upper Silesia Fund has sought to provide development capital. In its early years, at its heart, it had an ambition to support local government units as well as any businesses being of strategic importance for the region. As time goes by, with new financial opportunities being unlocked by EU funds, the Fund has been orbital around private small and medium-sized enterprises. We offer support to businesses throughout Silesia under both development loans as well as soft projects aimed at accelerating business internationalization. Our capital group can offer far more than just that. Teamed with Śląski Regionalny Fundusz Poręczeniowy Sp. z o.o. (Silesian Regional Guarantee Fund), we grant a wide range of loan guarantees and loans for micro, small and medium enterprises, as well as we deal with real estate development through partnership with Centrum Projektów Regionalnych Inwestor S.A. (Centre for Regional Development Investor S.A.). We are making it all under the banner of “we help entrepreneurial people” as that is what is guiding all our initiatives that have deemed so vital in the time of the Covid-19 pandemic.

Among them is Śląski Pakiet dla Gospodarki (Silesian economic support package), or a relief package of measures aimed at limiting the economic impact of coronavirus announced by Jakub Chełstowski, the marshal of the Silesian province. What do you think about this solution? Suffice it to say that the Upper Silesia Fund is now implementing the lion’s share of it.

Jacek Miketa: It was a real accomplishment for the region to find more than billion zlotys to salvage its economy while proving how efficient and creative stance it has taken when faced with pandemic challenges. The Upper Silesia Fund has allocated 298 million zlotys in both revolving and liquidity loans under Pillar I, as well as another 57 million zlotys under Pillar IV that encompasses export-friendly projects that we implement jointly with the Marshal’s Office. Besides, we added two new packages of measures to boost the economy: Śląski Pakiet dla Turystyki (Silesian support package for the tourism sector) and Śląski Pakiet dla Mieszkańca (Silesian support package for individuals). Within the latter, we intend to spend over 64 million zlotys on personal protective gear and medical devices for healthcare workers throughout Silesia. The demand is massive. Money goes quickly while entrepreneurs keep asking when new tranches will be available, and this is what makes us sure that it was a good decision to launch support packages. 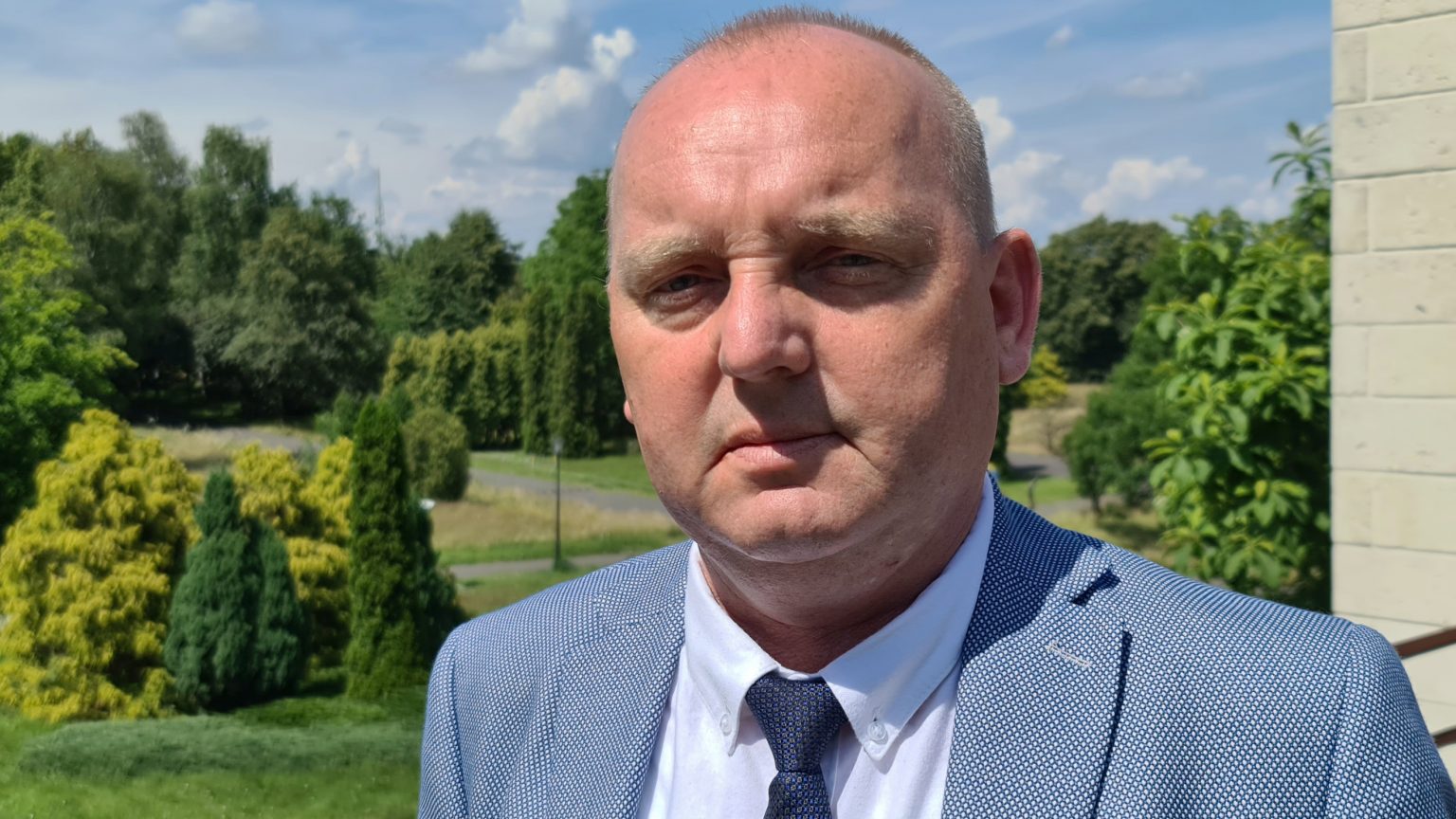 But the Upper Silesia Fund and the Marshal’s Office teamed up on many occasions other than just their joint program, Śląski Pakiet dla Gospodarki (Silesian support package for the economy). Let me just mention another initiative, Promocja gospodarcza regionu oraz działania związane z tworzeniem przyjaznych warunków do inwestowania i eksportowania (Economic promotion of the region and creating a friendly environment for investments and export), referred to as Global Silesia, alongside InterSilesia, a project that looks to “model the export activity of small and medium-sized enterprises throughout Silesia.” What outcomes do you expect?

Jacek Miketa: The projects complement one another while they are aimed at sustaining the export potential of small and medium-sized enterprises and promoting Silesia worldwide. In it, Global Silesia is orbital around any activities outside Poland, including economic missions, trade fairs, campaigns for foreign investors, while also focusing on some jobs at home, by offering expert analyses, training sessions, or informational meetings for businesspeople. In its core, InterSilesia is aimed at constructing modern office and conference facilities for small and medium-sized enterprises – as a center for internationalization – as well as generating knowledge, creating models of internationalization, as well as disseminating know-how both at meetings and online, via a dedicated platform. Their economic outcome would be to boost export numbers in small and medium-sized businesses in Silesia and attract more foreign-funded investments. We can already notice the very first outcomes of what our project team had accomplished yet we rather seek to focus on long-term economic goals in the region.

What sparked avid interest was Akademia Internacjonalizacji (Academy of Internationalization), with its very first edition being chiefly oriented on the markets in Israel and the Middle East. What could you say about the potential of the Polish-Israeli economic partnership? What do the project participants say about it?

Jacek Miketa: Several dozen people attended the first edition of our Academy, a proof that Silesia-based businesses seek to expand their activity while looking for new markets despite the ongoing pandemic and economic downturn that followed. The meeting theme was not accidental; back in February, a business delegation of the Upper Silesia Fund, the Marshall’s Office, and Silesian businesspeople enjoyed a friendly reception during an economic mission to Tel Aviv where they forged business ties that persist despite lockdown while promising some fresh joint initiatives. Thus good business ties with Israel are of utmost importance for all of us, while many more people attended the online version of the training that the earlier meeting “offline” so there is great potential for further cooperation.

Its latest fruit, the InterSilesia project, has an ambition of tightening and developing internationalization process in small and medium-sized enterprises. How is this different from earlier initiatives?

Krystian Stępień: While Global Silesia is rather aimed at boasting Silesia’s economic potential worldwide, InterSilesia serves as a hard tool for its development, an element that combines infrastructure with business services. In it, the Silesian city of Katowice will soon host a modern center for internationalization to allow businesspeople to find support before they leave their footprint abroad. The center offers professional solutions that small businesses tend to lack. With the new office, conference, or trade facilities, as well as through free advisory sessions, Silesian companies would have better access to internationalization processes. Another step will be a dedicated online platform that would contain whole know-how on business and export conditions for the world’s most important foreign markets. Our top goal is to create a resource base that would be available to the public, with a great deal of information, allowing any businessperson to acquire what they need, both quickly and comprehensively. Besides, free advisory sessions will be provided. We plan to pick 400 micro, small and medium-sized firms in the recruitment process that will take advantage of a series of export training courses, while another 40 companies will have an opportunity to see advisors who will draft models of internationalization tailored to their suits. 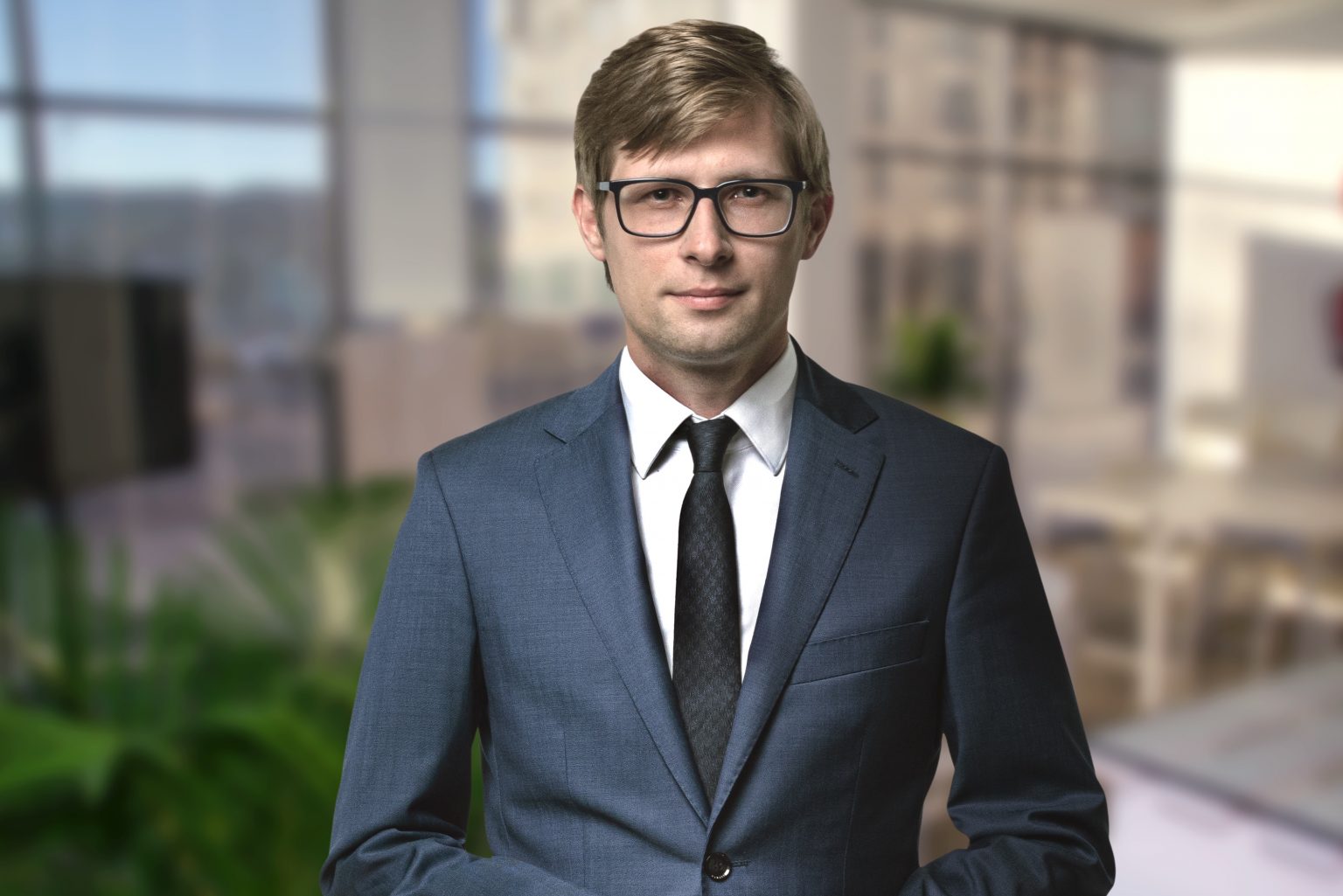 So what do you think about the long-term potential of Silesia-based companies?

Krystian Stępień: There are many factors behind an entry into foreign markets, but I would definitely stress out the following four: quality, price, innovation, and business environment. Polish goods are valued for their high quality while they are also price-competitive, chiefly due to cheaper production costs than in Western Europe. What is also of profound significance is the ever-growing innovative potential, with better research financing and easy access to know-how. Countries that are not enough rich in deposits depend on intellectual property or their main path toward wealth. And this is what show available intellectual property statistics, with the biggest number of patent fillings submitted all where the country’s gross domestic product is the highest. Last but not least, there is the business environment. By saying so, I mean both increasingly business-friendly legal institutions and infrastructure solutions, as well as what bodies like the Upper Silesia Fund can offer, including access to funds and an open invitation to join soft projects that build up both competences and the export potential. Is it sure to achieve success? In business, nothing is taken for granted. But surely Silesia presents us with great opportunities, with thousands of local firms exporting their goods worldwide.