Copenhagen’s latest declaration to delay granting permission for the construction of the Nord Stream 2 gas pipeline in Denmark’s exclusive economic zone in the Baltic is bound to translate into a delayed implementation of the project. This has arisen as relevant information for Kiev. After a Russian-Ukrainian gas transit contract expires at the end of 2019, Gazprom will be prevented from drastically lessening the amount of gas exported to Europe through the Ukrainian pipeline network. Such a move is likely to weaken Moscow’s stance in the upcoming negotiations over a new transit arrangement. 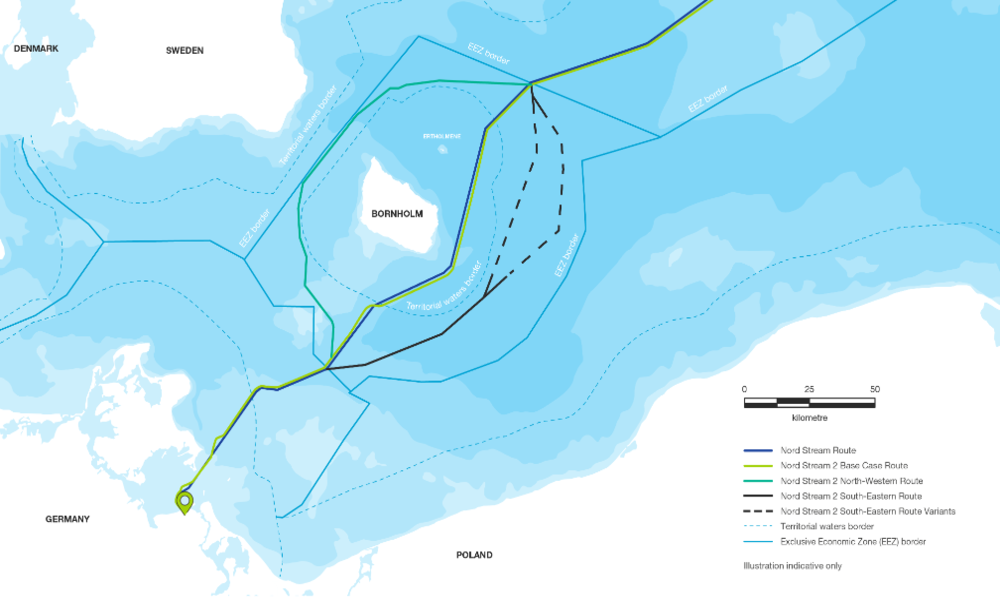 The Nord Stream 2 operator said it had submitted an application for a third route option for the gas pipeline running through the Danish economic zone. Earlier, Denmark had refused to allow permissions for the two initial options while it is now expected to assess a third possibility, under which Nord Stream 2 is set to run through its exclusive economic zone in the waters south of the Bornholm island. Gazprom’s problems with receiving consent from Denmark will affect the pipeline’s commissioning as initially scheduled by Russia. Back on March 31, Gazprom CEO Alexei Miller stated that construction work will be finished by the end of 2019. Distinct route options will, however, delay the project implementation by up to nine to twelve months.

According to the Russian strategy, two large gas pipelines were to be built to bypass the country, with TurkStream in the south and Nord Stream in the north, before the transit agreement expires. And yet Gazprom will be unable to abandon the Ukrainian transit, though the amount of gas shipped across its territory would be smaller compared to the current level. As it has recently turned out, more gas will be yet pumped through Ukraine while the delay in implementing the Nord Stream 2 pipeline will give Kiev an advantage over Moscow to negotiate better transit conditions. Gazprom needs to fulfill its obligations related to shipping gas supplies to Europe. Even if the Russian gas giant ultimately managed to launch both lines of the TurkStream pipeline while employing the Trans Balkan pipeline, it will be forced to ship across Ukraine up to 68 billion cubic meters of gas starting from January 2020 if it intends to maintain the 2018 level or send even more raw material to Europe. In 2017, Gazprom shipped 93 bcm of gas, which means a drop by one third. And yet this option emerges as much more beneficial than what Gazprom had earlier said, warning that gas shipments would be no more than 10–30 bcm per year. Nonetheless, it cannot be fully exploited even if deadlines are met and the pipeline is set to be put into action in 2019. Instead, this is rather likely to happen in 2022. Moreover, given the due date for completing the second string of Turkish Stream, Gazprom will not be able to resign from transporting gas supplies through Ukraine until 2024.