Russia’s largest oil company Rosneft has recently made a formal offer to make the country’s Northern Sea Route a strategically important and economically viable maritime shipping lane. Its development should be partially possible thanks to Rosneft’s increased mining activity in Russia’s Far North. Sechin’s firm has declared its readiness to invest in the Arctic provided that it gains solid guarantees from the Kremlin. 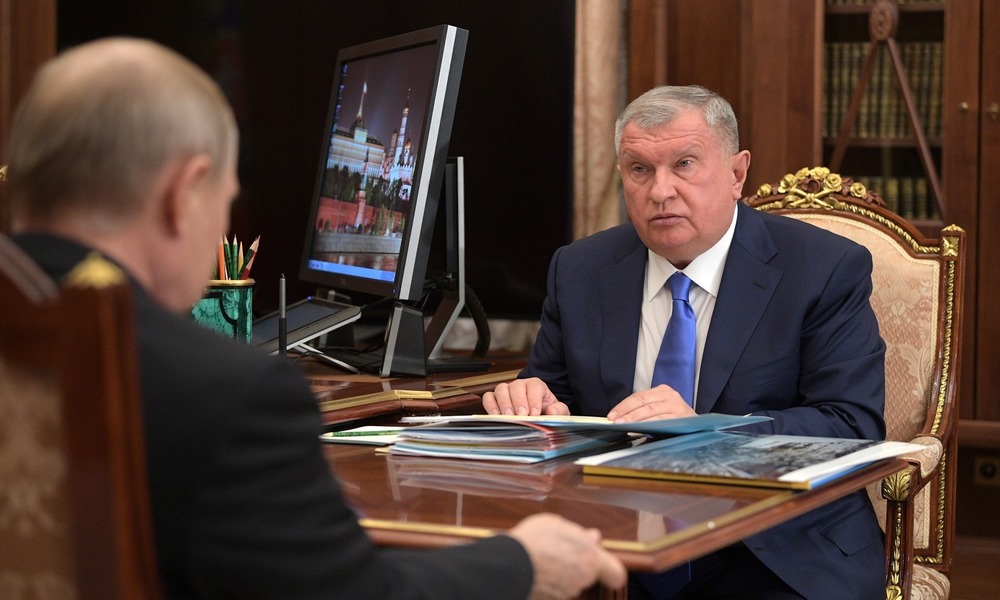 Rosneft’s ambition is to amplify its activities in Russia’s Far North, a step aimed at increasing maritime shipment in the Northern Sea Route. Rosneft’s CEO Igor Sechin has submitted a formal offer to Russian President Vladimir Putin, for whom further economic development of the Russian Arctic has arisen as a top priority. Speaking at the International Arctic Forum in St. Petersburg, Putin outlined a detailed and ambitious strategy for the region.

Rosneft intends to create an oil hub whose central part will be an oil pipeline running from the Vankor oil deposit to the Arctic coast. Once built, a 600-kilometer pipeline from Rosneft’s Vankor oil fields to the Kara Sea town of Dikson will be capable of transporting 25 million tons of oil per year. The Vankor fields are estimated to include oil reserves of about 500 million tons. In 2018, its annual output amounted to 17.7 million tons. Sechin claimed the project to become operational by 2024; as scheduled, in 2030, up to 100 million tons of oil will be annually shipped through the pipeline. Oil supplies will be then transported by tankers navigating on the Northern Sea Route. Rosneft is now in the process of opening several adjacent resources in the Far North, among them the Suzunskoye, Tagulskoye, and Lodochnoye fields. Over recent years, the Northern Sea Route has experienced an increase in maritime shipping, mostly due to new LNG projects launched by the private-run firm Novatek. Without Rosneft’s oil supplies, the Vankor deposit is unlike to attain Putin’s goal to ship 80 million tons of cargo by the end of 2024. In 2018, no more than 18 million tons of freight were sent through the route, marking an increase by two-thirds compared to the 2017 figures.

Although Sechin has made an offer to the Kremlin to fulfill the latter’s strategic goal, he is in hopes of being granted “favorable investment conditions” that include tax reliefs, a set of facilitations from state regulatory authorities and long-term guarantees. Sechin informed Putin that Rosneft must obtain a firm guarantee that conditions will not be subject to further modification for the period between 30 and 50 years. Also, he made it clear that, given no alternatives shipping lanes to access the Northern Sea Route, Rosneft should be granted a guarantee of its economic viability. Though Sechin did not mention it in official talks, he will also hope that Moscow will provide his company with priority treatment compared to other key players in Russia’s Far North. This was exemplified by a row between private-owned Lukoil and state-run Rosneft over the Varandey facility. Located in shallow Arctic waters 21 kilometers from the coast and owned by Lukoil, the terminal serves to ship oil supplies from nearby tundra, from where it is further sent to crude oil facilities near Murmansk. In 2016, Rosneft managed to seize control over two oil fields in the region, gaining a possibility to deliver raw material to the terminal. And yet Sechin’s group considers Lukoil’s handling fees in Varandey too high; Alekperov’s firm charges $38 per ton while Rosneft seeks to pay no more than $12 or 13. The case has been submitted to Russia’s Federal Antimonopoly Service (FAS) which issued a favorable verdict for Rosneft. In turn, Lukoil appealed against the decision to the court; as a result, the case will be addressed on May 30.