As the president of the United States left for the Middle East, the governor of California visited the White House. An inconspicuous visit in the absence of the current Joe Biden may herald the growing aspirations of Gavin Newsom. While both President Biden and Vice President Harris have said they will continue to run in two years, the fact remains that Newsom could enter the race for the Democratic Party nomination in 2024. 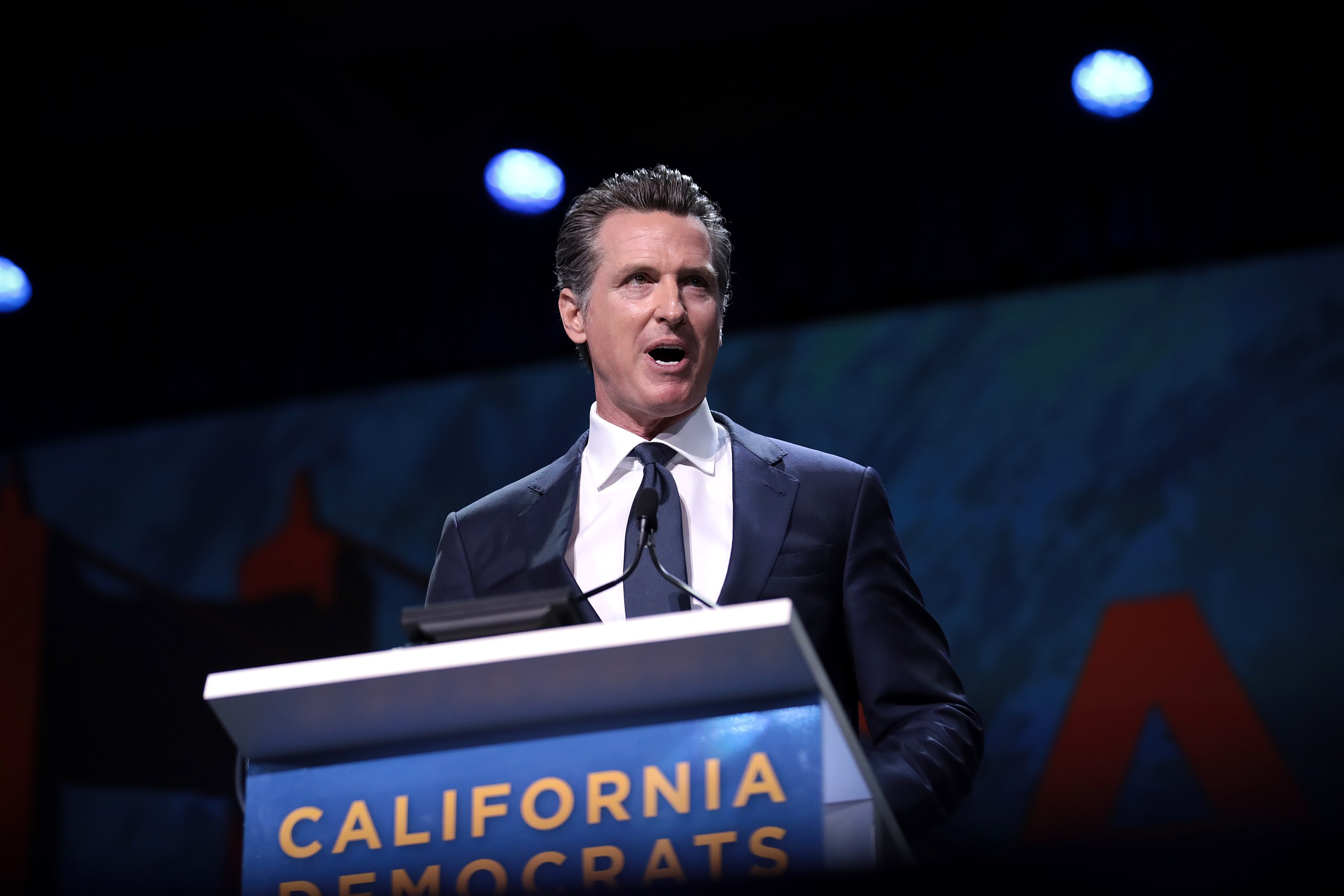 At a time when the popularity of the current US president is gradually declining, not only Republicans are considering who will become the next tenant of the White House after the elections in 2024. There is growing friction within the Democratic Party, which may result in the need to select a candidate who, with his popularity and support among the centrist electorate would threaten Joe Biden’s position. It seems that this is the role that Gavin Newsom is trying to do.

One of the most popular Democratic governors is getting more and more serious in his party circles. Looking to the future is definitely favored by the upcoming elections in November 2022, which for many may be a prelude to the upcoming battle for the White House. In California, Gavin Newsom is about to battle for re-election as state governor, but rumors continue about his potential entry into the 2024 party nomination fight.

Should Newsom run and potentially win a state election, he may still be considered a candidate in the presidential primaries. There are no provisions in the US constitution or state legislation that could restrict the incumbent governor’s activity in conducting the presidential campaign. George W. Bush, the last governor to be elected president, resigned only on December 21, 2000, a month and a half after winning the election.

Despite the fact that usually the incumbent president has no major problem in winning the party’s primary election in the race for a second term, the situation in the case of Joe Biden may seem a little more complicated. Primary elections are not a problem for a president who enjoys at least a relatively favorable level of support. This was the case, for example, in re-election of George W. Bush or even of Barack Obama. President Biden, however, currently enjoys only 38 percent of the support of the American public. At the same time, George W. Bush could count on as much as 67 percent of public support, and Obama on almost 47 percent.[1] Biden’s declining support opens the door more and more to the remaining candidates who can compete for the opportunity to represent the Democratic Party in 2024.

When analyzing the data on social sentiment among the Democratic electorate, significant changes can be seen. Right now, most Democratic Party voters do not want their current president to represent them in the upcoming race to the White House.[2] Additionally, it is worth noting that among voters up to 30 years of age, 97 percent would prefer another candidate.[3] Most of them are tired of the fact that at the height of power there are no people they can identify with. There is a shortage of young people in Washington. The solution for most of the center-left electorate in the United States could be Gavin Newsom, who is a relatively young politician (54).

The governor of California arrived in Washington last week to meet representatives of the Joe Biden administration. Newsom’s visit included meetings with federal officials at the Office for Management and Budget (OMB), the Department of Housing and Urban Development (HUD), and the White House. Despite assurances that the purpose of the visit was to improve the education system in California and to support the Biden administration’s political plan, Newsom strengthened his image outside the state he manages. The meeting with the first lady, Dr. Jill Biden, also added importance to his visit.

Newsom also used a trip to Washington to attack the second-most popular contender in the race for the GOP nomination, Ron DeSantis. It was about the Florida’s Parental Rights in Education Act, which became a law in March 2022. A few days later, Newsom again explained his criticism of the Florida governor. This time it was about the Florida Department of Health. The DeSantis administration told Special Olympics officials that it will impose a $ 27.5 million fine on their organization if they do not forgo mandatory COVID-19 vaccination for the June event at the Walt Disney World Resort. Newsom once again used an interstate event to emphasize his position and opposition to the actions of GOP representatives. The heating up of the social debate by the governor of California may be the beginning of a series of clashes that may reveal his real, nationwide electoral potential.

The governor of California has some advantages, but his potential start in the primaries will reveal many of his weaknesses. These include, for example, the alcoholism that Newsom struggled with in recent years, or the affair with a married subordinate during his time as mayor of San Francisco. The question experts are currently asking is how badly can past mistakes crush the political image of Newsom in a potential primaries battle? Will the ever-diminishing support for Joe Biden compensate for at least some of the image loss that will surely be inflicted on him in the party primaries?

It is certain that despite the declining popularity among the American public for Joe Biden, with the growing support of the nation-wide electorate for the Republican Party, the potential start of Gavin Newsom in the presidential primaries of the Democratic Party would be a huge challenge. On the other hand, the public attitudes clearly seems to indicate that Newsom is a candidate who could be supported by an increasing part of the Democratic electorate in the fight for leading positions in the country. Tired of Biden’s blunders, young voters would prefer to be represented by a fresh and resilient politician. The future of Newsom in this regard will therefore depend on many variables that can become a huge support or a large political burden. National aspirations seem to be the next step in Newsom’s career, whose term will end in 2023, a year before the final race for the White House.