In the October of 2019 Facebook have removed a dozen of authentically looking fake profiles, which have worked together in a coordinated way to gain influence and carry out a disinformation campaign in Africa – all the fake profiles could be connected to Russia. The profiles could be connected to a well-known oligarch, Yevgeny Prigozhin, who is a very close ally of President Vladimir Putin. 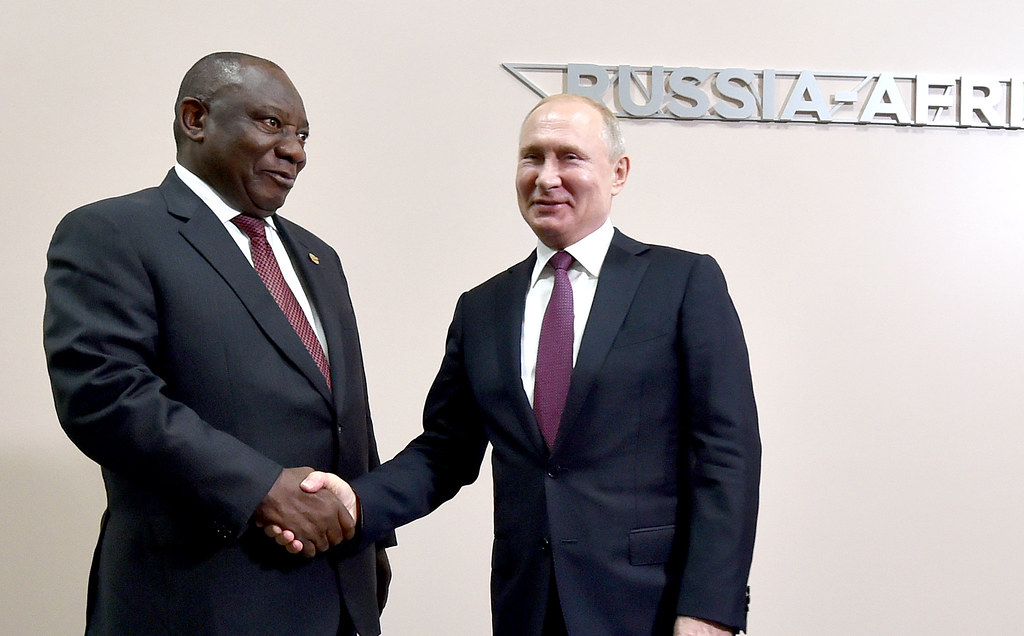 Prigozhin is also the head of the de facto working, but de jure non-existent private military company (PMC), the Wagner Group, which is a common guest of the conflicts in the African continent. All the deactivated profiles concentrated on African countries. Their activity gives a unique opportunity to investigate the so-called gray zone of the Russian disinformation campaign in Africa.

In the recent years, a lot of concepts formulated around the words connected to disinformation (e.g. fake news, information warfare, etc.). It’s no surprise: the terminology is chaotic. The definitions usually cross over each other, and the expressions are used – must of the time falsely – as simple synonyms. We can confidently say that there is no absolute terminus technicus we could use for all the actions Russia has carried out in the field of media through hybrid warfare since 2014.
Our main term is the ‘disinformation’. The European Committee (EC) uses an own definition for the term. According to that the disinformation is a ‘verifiably false or misleading information created, presented and disseminated for economic gain or to intentionally deceive the public’. One of the main tools for disinformation are the so called ‘fake news’. The aim of creating fake news is to catch
attention and reach even reliable media sources’ feed with deception.

We can confidently say that Russia uses ‘disinformation’, since this expression stands the closest to name all the minor instruments together. This proves that the Kremlin uses a complex set of narratives, systematic and coordinated attacks at the same time with a less professional and more interest-enforcing intention. The fact that the modern state of Russia decided to restart this old KGB-strategy is not that surprising in the context, that its political system is still ruled by people, who used to work as assets to the intelligence (even the President of Russia is a member of them).

A few years ago, the Gerasimov Doctrine straightforwardly decided to pick disinformation to be one of their official tools. Moscow realized that with the spreading of fake news they can become sympathetic in the eyes of entire societies, which might motivate the leader of the disinformed countries to tighten their relations with the Russian Federation. Russia realized that social media platforms such as Facebook can easily manipulate through media consumption the worldview of their users. The algorithms of these sites create such ‘Filter Bubbles’ and ‘Echo Chambers’ which make it possible for the distributors to reach more relevant social-economic resources and by that aim the audience more precisely – this is what we call the ‘micro-marketing’.

In the last decade Russia has ‘rediscovered’ Africa. Moscow’s priority in the continent is to strengthen its position and undermine the influence of the US and Europe – and finally take over the geopolitical supremacy. With the reelection of President Vladimir Putin in 2012, Russia has stepped into a new era, where the aggressive foreign policy, the maintenance of the image of a world power and the preservation and expansion of zone of influence have become priority again. Russia is not interested only in its ‘Near Abroad’, but in various new regions, too. Moscow lined up a great variation of tools which all helped to achieve its goal, such as the building of military bases, the actions of irregular forces (e.g. private military companies, such as the Wagner Group) and the disinformation campaign, too.

The main reason why Russia is spending so much money and paying so much attention to these smart strategic moves is because Moscow is far behind their self-declared rivals, such as China, the US and even the EU when it comes to the access to Africa’s resources. Russia decided to use the disinformation campaigns to strengthen the position of their few allies on the continent, which in turn would take care of Moscow’s interest. Therefore, the aim of such an extremely supportive and manipulative media backup is to help figures that can guarantee that for a long period of time. That we can see in several African countries. However, as we can see nor the Russian private military companies (PMCs) can lead to a clear success (e.g. Libya, Mozambique), nor the disinformation campaigns can stop the citizens to overthrow a leader (e.g. el-Bashir in Sudan).

The methods of these disinformation operations are almost always the same each time. Each time we can find a foreign suborganism of the Prigozhin-led, St. Petersburg-based Internet Research Agency (such as the Seth Wiredu-led EBLA Group in Ghana), which recruits administrators for their fake ‘troll’ accounts on social media from third countries (e.g. from Germany, the Netherlands, etc.), whose main job then to use the basic tools of disinformation. These fake accounts usually share any news from the Pro-Kremlin media without any source criticism. These accounts help to boost the number of clicks on these articles, which then appears on the sites of reliable media sources – through deception – and finally end up among the consumers – the regular citizens. Then the deceived population is more likely to act as Moscow wanted to in their local politics.

However, not all plans go as well as the Kremlin imagined. For example, the Libyan disinformation campaign backfired and made the population even more divided, creating two huge groups between the people who got informed from Russia-supported media. One of these groups supports Field Marshal Khalifa Haftar, the leader of Libyan National Army, who controls most of the North-African country’s Eastern coastline. Haftar’s Russian media backup consequently share the view that under his leadership security and peace is waiting for Libya. However, we can also find another group, which evolved from the Russia-supported media, that can be called the ‘Gaddafi-nostalgy group’. 90% of the followers of these pages share the desire to turn back to the pre-2011 Libyan reality and 10% of them support Gaddafi’s son, Saif al-Islam’s endeavor to get into power. The Russian disinformation campaign thanks to this fault became unable to transfer a clear and unified message towards the people. According to local social media expert, Khadeja Ramali, these attempts, thanks to their division, became directly repulsive to the population.

Even the earlier mentioned EBLA Group has failed: on the 6th of February 2020 its office in Accra was stormed by Ghanaian security forces, after their cyber defense department noticed the organization thanks to its intensive foreign financial support and server connection. Their leader, Seth Wiredu was arrested and charged of money laundering. Later it became obvious that the businessman had serious connections to Russia, he even had a permanent declared address in the city of Novgorod.

Russia reacted well to its situation in the continent: despite their delay, their intent to join the “scramble for Africa” is serious. They realized that they have to create such tools for their aims that are creative and effective enough but do not require such resources that their rivals are using. The disinformation operations are one of the many new methods that help Russia extend their sphere of influence efficiently – not just in Africa, but as we can see in the Central and Eastern-European region, too (e.g. Ukraine). In this Russian infiltration the main point is not their success, since it’s only in its experimental period, but the message that is clearer than ever: Russia has returned to the African continent and their intentions are more serious than ever.

He currently studies in the Faculty of Military Sciences and Military Training of the National University of Public Service in Budapest, and in the School of Social and Historical Studies of the Mathias Corvinus Collegium. He currently works for the Budapest-based think-tank, the Migration Research Institute as a Research Assistant and also as a foreign policy journalist for the Hungarian Jewish online newspaper, Neokohn.hu. Earlier he worked for 2 years at the Hungarian civil conservative online newspaper Mandiner.hu as a news editor, reporter and foreign policy fellow writer. His main topics are the post-Soviet and post-communist states, disinformation, hybrid warfare, migration, defense- and security policy.