Slovakia, Lithuania, Latvia, and Estonia are among states that on April 22 and 23 said they had declared persona non grata seven Russian diplomats in solidarity with the Czech Republic that accused Russian secret services of being behind a fatal explosion at an arms depot in 2014. The government in Prague urged NATO and the EU to take similar steps against Russian intelligence agents operating under diplomatic cover as those three years ago after the attempted poisoning of Sergei Skripal. 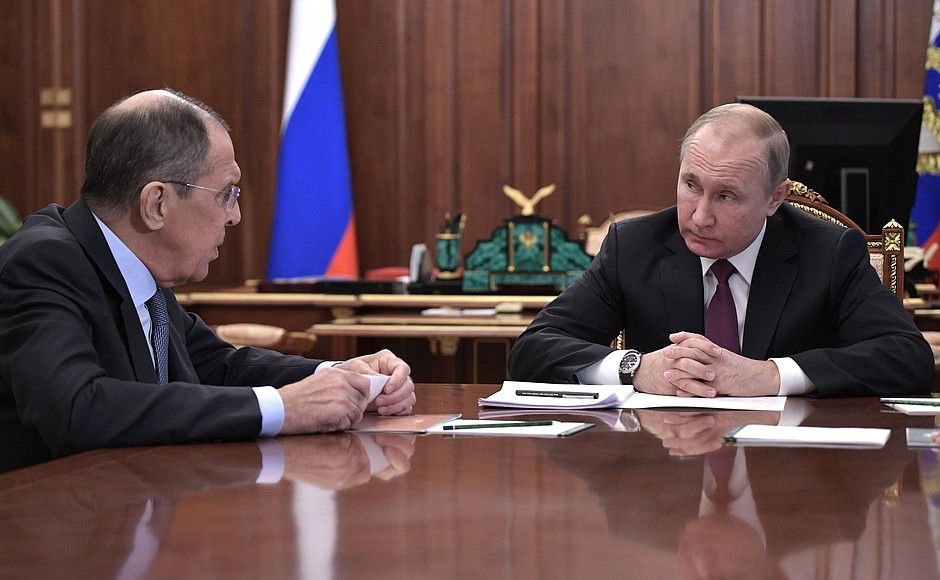 Slovakia asked three Russian diplomats to quit the country, Lithuania ejected two, while Latvia and Estonia each expelled one. The ejected people abused their diplomatic status for spying. “The EU should have fewer undercover Russian spies. Our Czech colleagues shed light on their unprecedented activities,” Lithuanian foreign affairs minister Gabrielius Landsbergis told reporters. What is worthwhile is that the chief diplomats of the three Baltic nations arrived in Kyiv in mid-April to show support for Ukraine facing Russian military aggression. On April 17, the Czech Republic ordered 18 Russian diplomats to leave the country, accusing Russia’s military intelligence agency, or GRU, of orchestrating an explosion at an arms depot in 2014, killing two Czech nationals. In a retaliatory move, Russia said 20 Czech diplomats would be ejected. Among the Russian diplomats kicked off from the Czech Republic were at least two GRU officers having ties to the unit that masterminded the 2014 blast. Solidarity with the Czech Republic that some NATO and EU countries showed comes as all the more important as Moscow went for escalated tensions with Prague. It kicked off more Czech diplomats than the Czech Republic ejected its Russian colleagues, thus crippling the political and economic section of the Czech embassy in Moscow. The Czech Republic said that Russia had been given until the end of May to cut the number of its embassy’s personnel in line with those at the Czech Embassy in Russia. Currently there are just five Czech diplomats in the embassy in Moscow––including the ambassador and 19 administrative and technical staff members. Russia’s Embassy in Prague now has 27 diplomats and 67 other staff. Since mid-March, the following nations asked Russian diplomats to quit: Bulgaria (2), Italy (2), the United States (10), and Poland (3). Bulgaria made this decision after smashing a Russian spy ring in which Bulgarian military intelligence officers were involved. Rome expelled two Russian officers on accusations of espionage after investigators say they observed an Italian Navy official giving the envoys classified information. The United States expelled ten Russian personnel amid sanctions against Russia in response to what it says are cyber-attacks and other hostile acts in 2020 while in solidarity with its ally, Poland asked three Russian diplomats to leave the country. Perhaps the ejected diplomats were seen as harmful enough to Poland’s security that state authorities grabbed the opportunity to get rid of them. Interestingly, Russia did not stick to the reciprocity principle in all cases. Moscow ejected the same number of U.S. and Bulgarian diplomats but expelled two more Czech and Polish diplomatic workers each. Russia will make the diplomatic activity even more difficult for some countries. President Vladimir Putin signed a decree barring countries seen as “hostile to Russia” from employing Russian nationals in their embassies and consulates. The government will draft the list of such countries. Earlier the Russian foreign ministry said it would not allow Russian nationals to be employed in the U.S. embassy in Moscow. This ban will cripple any diplomatic mission of these countries as they will need to bring technical and cleaning staff from home. Also, this implies fewer diplomatic personnel in charge of political, economic, or consular affairs.