Vladimir Putin’s latest decision to prolong the non-working period in the country to April 30 poses a grave problem to many Russian companies. Business circles have not yet got further policies or a broad stimulus package to support the economy and businesses. Putin signed legislation to allow the government to declare a state of national emergency to stem the spread of coronavirus, either throughout the country or in some of its regions. The government has introduced a state of heightened readiness for the whole country, which is somewhat between a normal state and a regime of extraordinary measures. It is worth adding that the regime of extraordinary measures is not as strict as a state of emergency and martial law, both enshrined in the Russian constitution. Perhaps the government will enforce a state of emergency in its most vulnerable regions that are unable to fight against the novel virus. 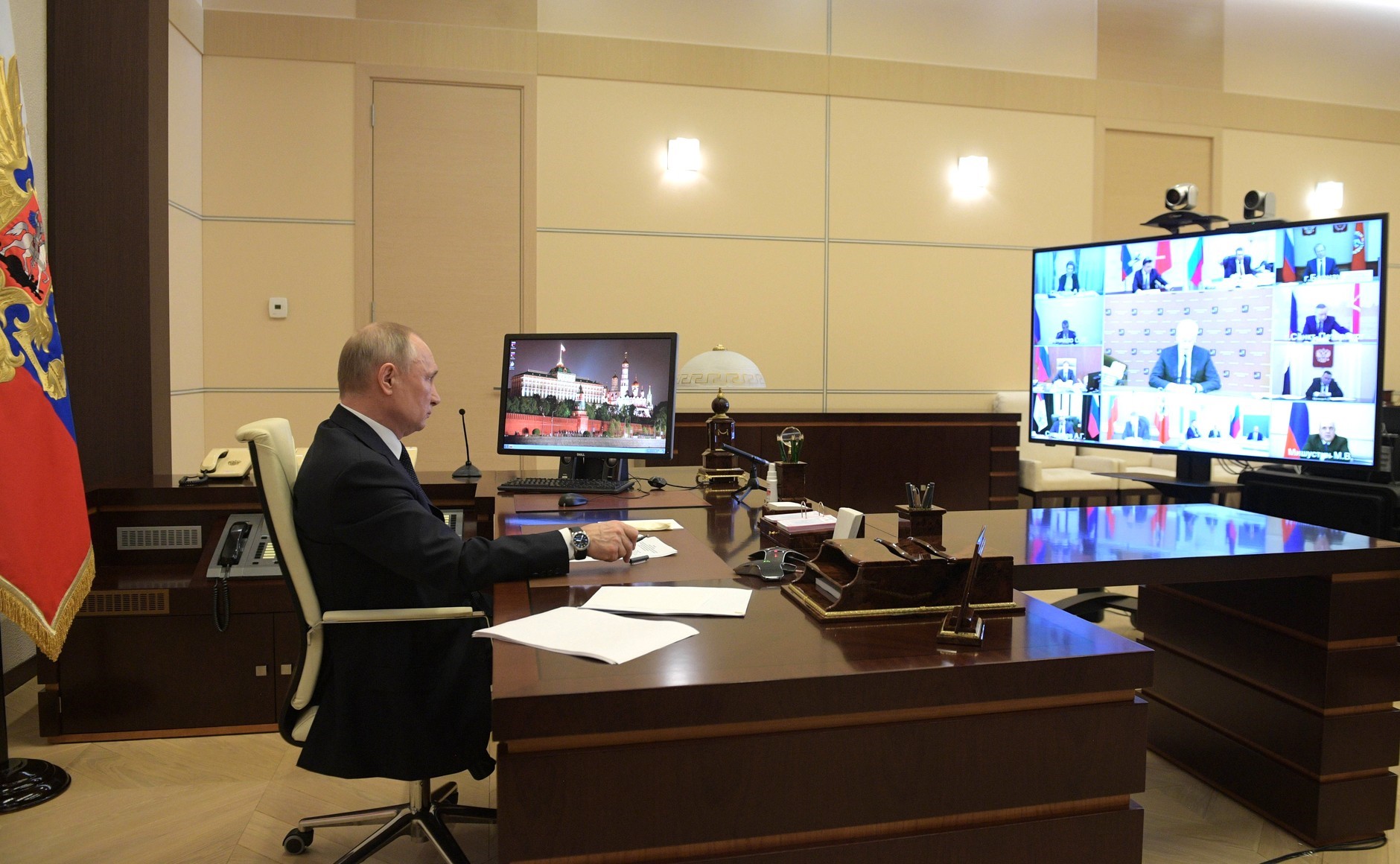 At an April 7 meeting with officials and health experts, Putin said the peak of the coronavirus epidemic in Russia had not passed yet. “It is vital now to avoid others’ mistakes,” the Russian leader told a videoconference meeting on coronavirus developments. The Kremlin has taken efforts to fight against the epidemic. Their top goal is to enforce social distancing and self-isolation as well as to declare non-working days across the country. Back on April 2, President Vladimir Putin announced the extension of Russia’s nationwide “non-working week” until April 30. The paid week-long vacation was scheduled initially until April 5. Employees will continue receiving their pay while essential industries and healthcare facilities will keep operating, and grocery stores and pharmacies will remain open. In the address to the nation, Putin admitted that the situation is different in different regions. This corroborates that many of the country’s entities are not handling the outbreak properly. Therefore, on April 2, the head of the Arkhangelsk region and the governor of the Komi Republic handed in their resignations. In the Komi Republic, local authorities failed to take proper steps on time, thus the area has reported more cases of the virus than many other regions. Most of Russia’s coronavirus cases are in Moscow and its surrounding region, the Komi Republic, Buryatia, and St. Petersburg.

In a televised address to the nation, shortly after an April 1 meeting with the government, Putin prolonged the non-working period in the country. Also, Russian Prime Minister Mikhail Mishustin said the government had earmarked 1.4 trillion roubles ($17.8 billion) for fighting the spread of the coronavirus and carrying out anti-crisis measures. But two days later, at a session of the federal government’s coordinating council on the novel virus, the top official said that the coronavirus situation in Russia could yet develop into a worst-case scenario. Longer stay-at-home holidays run the risk of mass bankruptcies. Russia could lose up to 1 million jobs because of the severe disruptions caused by the coronavirus pandemic, the country’s business group Delovaya Rossiya informed. Earlier, some of the country’s most prominent business lobby groups, including Delovaya Rossiya, the Russian Union of Industrialists and Entrepreneurs or the Chamber of Commerce and Industry of Russia, sent a letter to the country’s prime minister. Russian businesspeople urged Mishustin to offer bigger state support for workers and businesses during the coronavirus crisis. They say this may trigger a wave of mass bankruptcies while leading to a growing unemployment rate and an unprecedented decline in tax revenues. In the letter, they suggested that lawmakers introduce a package of measures to support employers amid the lockdown, requesting subsidies to cover businesses’ rent, loan repayments, as well as actions meant to speed up public tenders and lessen the tax burden. Meanwhile, Russia sought to make use of the global economic crisis to soften or even lift restrictions the West had imposed upon it over the past six years. Kremlin spokesman Dmitry Peskov said on April 5 that the global economic crisis is inevitable, and thus everybody must brace for it. “There is no doubt that countries will need to align their anti-crisis measures,” the official said.