Russian crisis management center said on March 22 the country will not impose strict quarantine measures amid the recent coronavirus outbreak. The latest decision came despite daily 30 percent growth in cases, which is like in Spain, Germany, or France. Still, there are no plans to cancel, postpone or restrict the spring call of citizens for military service. What matters most for Russian decision-makers is to maintain social peace and stability nationwide. Hence the reassuring declarations by the President and the Prime Minister who announced financial support for the affected industries and the gradual introduction of further measures to prevent the spread of coronavirus. Nevertheless, the real scale of the epidemic in Russia remains unknown. It is not just about tests that are far less effective than those conducted in Western countries –– Russia’s battle with coronavirus is weakened amidst the ongoing crisis in the country’s health service. 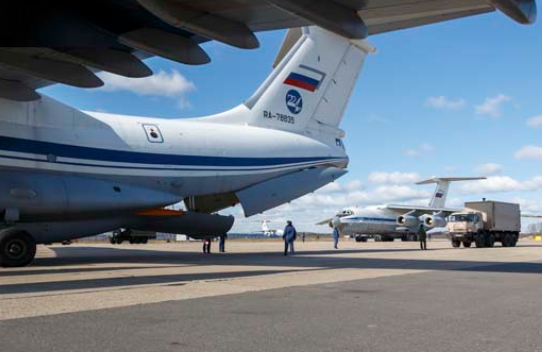 In line with the Kremlin’s “besieged fortress” politics, the Russian authorities long focused on nothing but just isolating the country from the outside. Back in late January, thus shortly after Beijing acknowledged the outbreak, Russia ordered the closure of its borders with China and Mongolia, and limited air and train service while barring Chinese nationals from entering the country. In a proactive step, on March 16, Russia closed its borders with Iran and European states, even Belarus, to halt the virus’ spread, and then on March 18, shut its borders to foreigners entirely. At that time, hard-line steps were taken to prevent the epidemic from worsening. It was not until mid-March that only older citizens were advised to stay at home. From March 16 onward, Russia started shutting state museums, theatres, and schools, as well as introduced a ban on mass gatherings. A special regime was introduced throughout the country, yet with some differences. While in Moscow and outside there has barred all outdoor events and limited indoor meetings to fewer than 50 people, the Leningrad region banned events with more than 100 people. What can yet be seen is that the Russian authorities are pushing forward further measures step by step so as not to spark panic. This is essential for keeping the regime’s stability while sticking to the plan of a “nationwide referendum,” giving full legitimacy to the recent constitutional amendments that will allow Putin to hold an even tighter grip on power. President Vladimir Putin has ordered a vote on the constitutional amendments on April 22, saying it will take place if the epidemiological situation allows or otherwise will be moved to a new date.

On March 17, government officials and Russia’s Central Bank unveiled new economic and regulatory measures to reduce the impact on the economy exerted by both the coronavirus crisis and dropping oil prices. An anti-crisis fund package would be worth some $3.9 billion. Meanwhile, a new hospital is being built quickly outside of Moscow to treat COVID-19 patients. It will be located in Babenki, about 50 kilometers southwest of the Russian capital. Once created, the infectious diseases facility will be able to admit 500 patients. The independent Novaya Gazeta newspaper ascribed Russia’s somewhat optimistic official count of 367 confirmed cases as of March 22 to the fact that the country’s tests are far less sensitive than those conducted elsewhere. In fact, there may be more infected than this, even ten times as many, according to some opposition politicians and doctors. It is more relevant for the Kremlin to control what is said about coronavirus than to ensure decent working conditions for health facilities and offer treatment for the infected. A new coronavirus information center was established to monitor social media for disinformation that may spread panic. Since early March, Roskomnadzor, Russia’s communications regulator, ordered social networking websites to take down information about the coronavirus outbreak that it says is fake and threatens to disrupt public safety. Meanwhile, Moscow is seeking to reap some benefits, chiefly by sending a group of Russian military virologists to battle coronavirus in Italy, as well as eight mobile brigades of military medics, special disinfection vehicles, and other medical equipment.