Cooperation Between the Visegrad Countries Regarding Counter-Extremism Operations

With Western European states falling victim to jihadist terrorist attacks every few months, the extremist scene in the Czech Republic, Hungary, Poland, and Slovakia (the V4 states) appears to be comparably calm. Despite this, the V4 states are not immune to the threat of extremism and terrorism and must possess well-developed counter-measures. At a time when all four V4 states are threatened by similar forms of extremism and cannot easily find common ground with other states in the EU, they should expand counter-extremism cooperation at the V4 level. 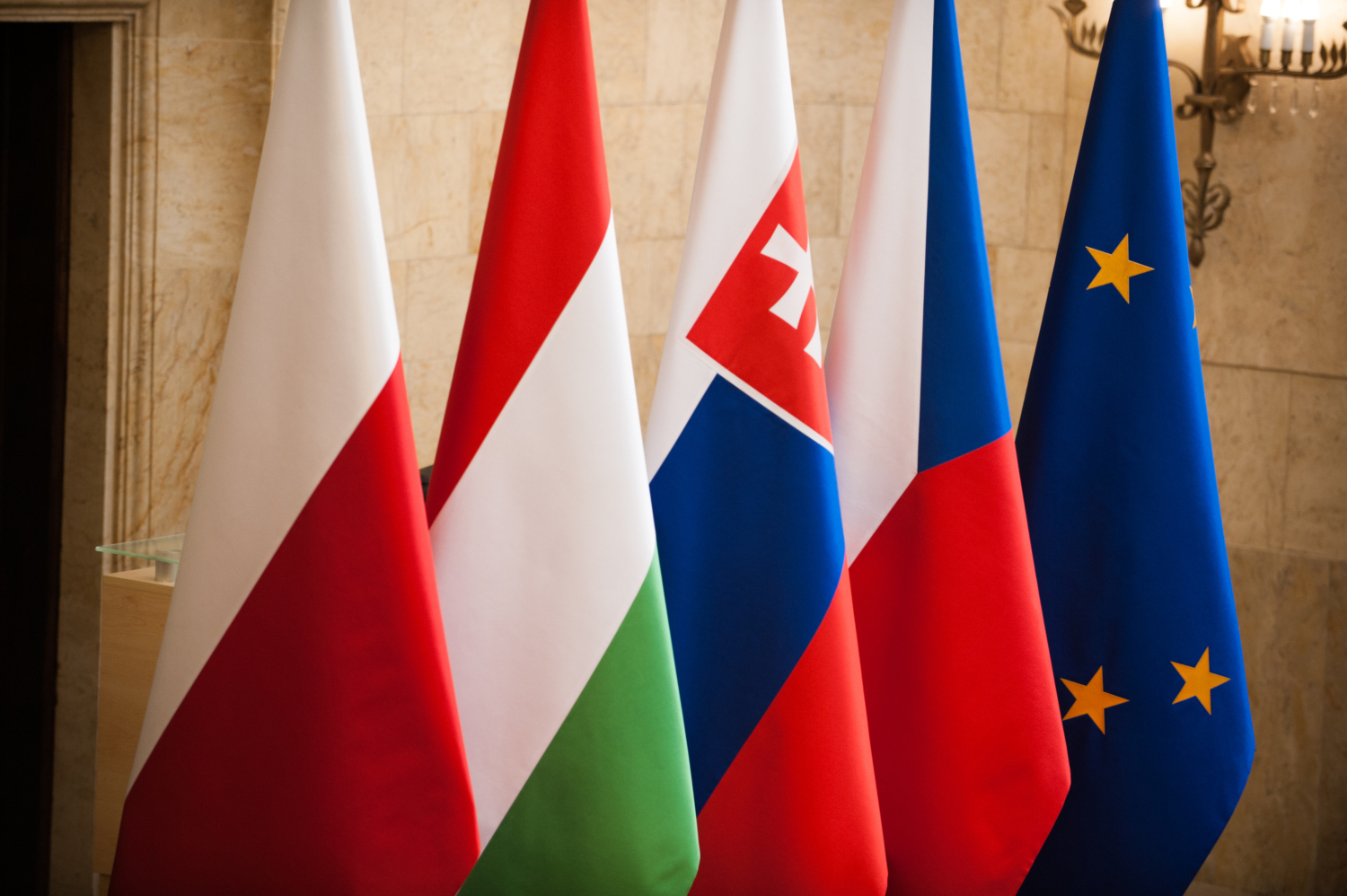 Flags of the V4 Group: Poland, the Czech Republic, Slovakia, Hungary, and the flag of the European Union. © FOTOWAWA (Fotolia)

First, expanded travel and communication possibilities brought new challenges in the form of cross-border extremism within the V4. This particularly applies to far-right extremist groups, which maintain strong ties across the V4 and generally support one another’s efforts.

There are also cases of cross-border Islamic extremism, in part because the freedom of movement across the EU’s internal borders enables extremists to cross into the V4 from neighboring states. In recent years, the V4 region has been used by numerous Islamic extremists as a transit zone between the Middle East or Central Asia and Western Europe. As a result, the V4 states must maintain joint operational coordination between national law enforcement and intelligence agencies.

Second, international extremist movements took steps to expand into the V4 or influence local groups. On the far-right scene, this not only includes traditional movements like Blood and Honor, Combat 18 and Hammerskins, but also more youth-oriented groups like Generation Identity.

As for Islamic extremist groups, while these are less active in the V4 compared to Western Europe, there were numerous attempts to spread Islamic extremism in the region. At the same time, there were cases of V4 citizens radicalizing online, sending money to jihadist groups or even joining joining foreign fighters Dozens of prosecutions were conducted in recent years or are still in progress against Islamic extremists or their sympathizers in the V4.

The ability of extremist movements to grow irrespective of national borders has intensified the necessity for strategic coordination between V4 ministries of the interior and other internal security bodies.

Although the region faces joint threats, it also has opportunities to jointly counter them. First, perceptions of extremism are largely similar across the V4. National differences will always exist, but on the whole, there is a common non-tolerance for ideas aimed at the removal of fundamental principles of the democratic rule of law and the suppression of basic human rights. At the same time, the V4 states are largely in agreement over which groups clearly cross the line into extremism, creating an opportunity for further cooperation in this area.

Second, the V4 states are reasonably similar in their policy and legislative architectures to counter extremism and terrorism. Counterterrorism practice is particularly similar as a result of the V4 states fulfilling joint commitments as part of the EU, the United Nations (UN) and the Financial Action Task Force (FATF). This integration can be expanded further, particularly in counter-extremism which is less clearly addressed internationally than counterterrorism.

The above threats and opportunities should incentivize the V4 states into expanding counter-extremism cooperation. But where should cooperation be expanded? After all, the V4 states already cooperate in this area on multiple levels.

Apart from bilateral exchanges of information and operational activities, the V4 states can make use of the V4+Austria working groups on counterterrorism and on combating extremism (on paper, at least; the practical use of these two groups is uncertain). The V4 states can also cooperate via other regional initiatives, such as the Salzburg Forum. 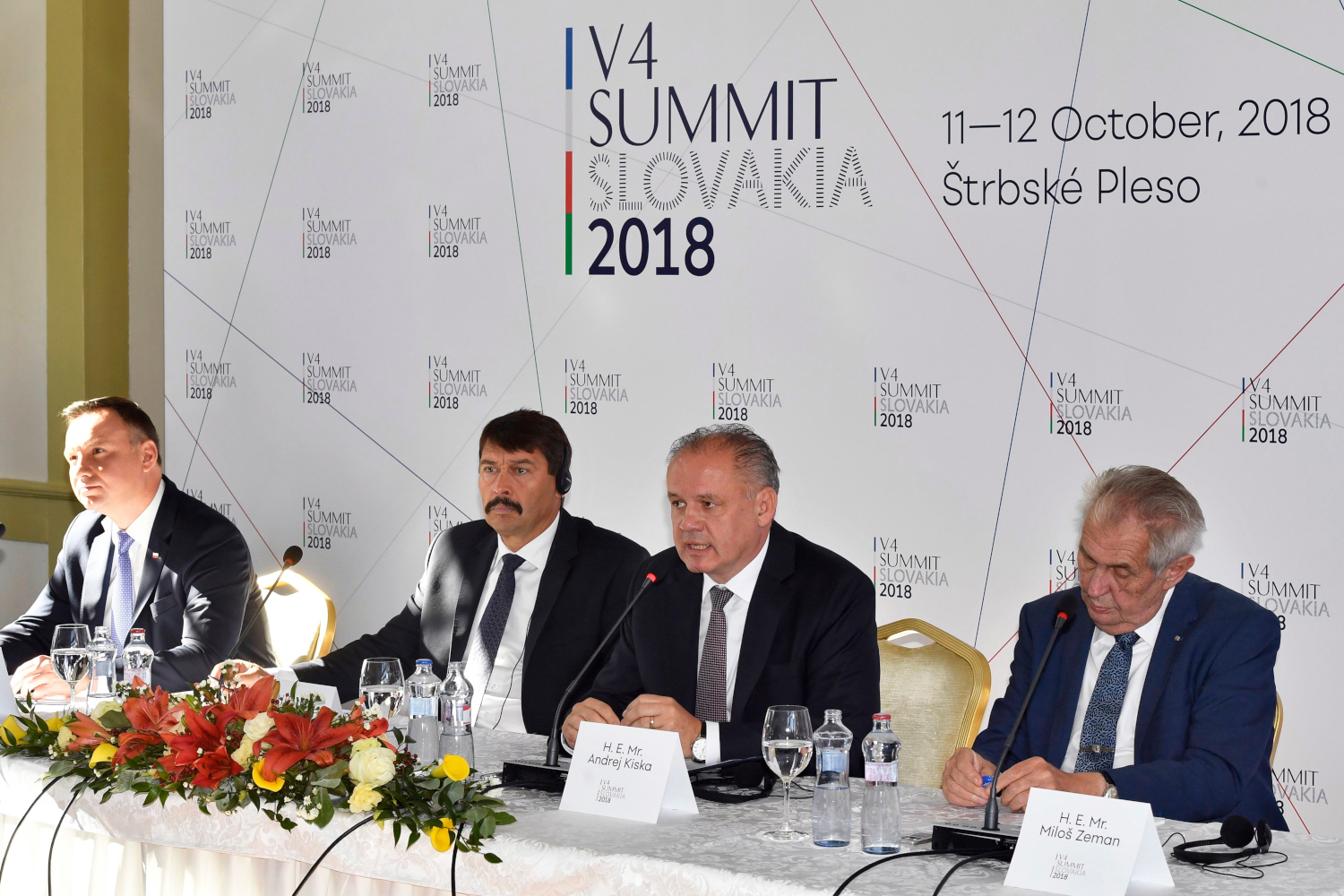 At the same time, any further cooperation should reflect existing cooperation at the EU level, where Europol provides space for cooperation in the area of law enforcement; expert knowledge and practice can be shared through the EU Radicalization Awareness Network; information exchange systems are being driven to a common EU-wide standard; the European Counterterrorism Coordinator oversees the overall preparedness against terrorist threats; and political decisions in the field can follow the standard EU decision-making procedure.

The V4 states are also bound by their commitments to various international bodies with a counter-extremism and counterterrorism agenda, including the UN, the FATF, the North-Atlantic Treaty Organization (NATO), the Organization for Security and Cooperation in Europe (OSCE) and the Council of Europe.

Duplicating these efforts at the V4 level would be counter-productive. Instead, V4 counter-extremism cooperation should be expanded in those areas in which the V4 can find common ground but are stagnant or neglected at the European and international levels.

This applies most strongly to the area of political coordination and strategic communication.

Finding a common voice on counter-extremism is both possible and desirable. The V4 states already share reasonably similar views and interests in this field.

The same cannot be said of the EU as a whole, let alone any broader international institution. Integrating even a portion of counterterrorism efforts across the EU was a major achievement, one that is not likely to be repeated for the broader problem of countering extremism. The views and interests of the 28 EU states are simply too divergent in this field. Under such conditions, it makes sense to look for regional solutions before seeking EU-wide agreements.

A coordinated political and strategic communication approach would contribute to asserting joint V4 counter-extremism positions in the wider EU decision-making procedures. At the same time, it would help explain, highlight and popularize these positions in the wider policy debate. This would in turn make the EU less likely to adopt initiatives at odds with views and interests held by the V4 as a whole.

Eventually, the V4 states could become the leading actors in EU-wide counter-extremism and counterterrorism policy and legislative discussions. Such a position will not be reached overnight, but with sufficient political will it can be reached relatively quickly. Several initial steps may be implemented in a matter of months.

First, the V4 states can organize national equivalents to the EU RAN (the Czech Republic already has such an instrument). These would bring together key counter-extremism stakeholders from the ranks of experts, officials, practitioners and political representatives. Once a year, the national chapters would meet at a V4-wide conference to exchange key views and form common positions.

Second, building on the joint meetings of V4 experts and officials, the V4 states can agree on a common definition of extremism. This definition would not be legally binding but would instead serve to unify any subsequent joint policy discussion, political coordination and strategic communication.

Third, again building on the joint meetings of V4 experts and officials, the V4 states can sign a joint declaration, spelling out in one voice their views of contemporary extremism in the EU and which counter-measures should be adopted at the EU level. Other states can be invited to sign the declaration to expand its political weight.

Fourth, the V4 states can agree to prioritize counter-extremism in policy agendas, including in programs for the presidency of the EU and other bodies. Counter-extremism projects would also be prioritized in the International Visegrad Fund (IVF) and other joint initiatives. The responsible officials would then refocus on counter-extremism as part of their broader work.

The implementation of specific political and communication initiatives can remain largely informal, allowing for greater flexibility and national opt-outs. Austria, Germany, and other EU states can be invited to also take part in specific activities.

The above is not an invitation for an institutional change, but for a shift in perception about what the V4 is for and how it can be used in current circumstances. If the V4 states can overcome their mutual differences in approaching extremism, arrive at joint positions and agree on a common strategy for pushing those positions forward, they will possess the capacity to further their views and interests at the EU level and elsewhere. At a time of joint extremism threats and opportunities to counter them, this is a capacity worth developing.