The Visegrad countries cannot find common ground in their attitude towards Russia, which is still disrupting international order and interfering in the domestic affairs of European countries. Poland and the Czech Republic are not achieving the full potential that could be achieved by acting together on the international arena and exchanging information on both strategic and technical levels. It would be much easier to use their common interest in protecting their national sovereignties from the hostile influence of foreign authoritarian regimes if the Czech Republic made an effort to remember the both countries are currently facing an insurmountable aggressor.

A Russian soldier aims his machine gun at a convoy of Georgian soldiers to block the way to the Georgian town of Gori, August 14, 2008. © Pavel Wolberg (PAP/EPA)

After the Russian Federation invaded Georgia in 2008 and recognized the self-proclaimed republics of South Ossetia and Abkhazia as independent, the international response was rather disappointing. Only several countries – Lithuania, Estonia, and Poland ­– realized the severity of the situation and initiated, mostly diplomatic actions, to support Georgia’s territorial integrity. Most of Europe remained silent.

Unsurprisingly, six years later the Kremlin felt confident enough to annex the Crimean Peninsula from Ukraine. Additionally, it sent troops to the eastern regions of Ukraine to support separatist groups, which later self-proclaimed their independence as the Donetsk People’s Republic and the Luhansk People’s Republic. This time, EU member states unanimously expressed their concern regarding the breach of international law by the Russian Federation and responded by introducing economic sanctions, which are still in place today.

Both of these instances of Russian aggression were not exclusively conducted with the use of physical force. They were clear examples of the combined use of hybrid warfare and large-scale propaganda. Since then, it has become ever more obvious that the Kremlin has intentions and capabilities to use unconventional and hostile tools, which include disinformation campaigns, political corruption or economic pursuits against adversarial countries without the necessity of engaging in a direct conflict.

Thanks to the disciplined work of many academics, non-governmental organizations, journalists and activists, a growing amount of evidence regarding the Kremlin’s interference into the domestic affairs of EU member states has been brought to light. However, only a handful of European countries are acknowledging the threat to their internal security, while even less are taking visible steps to defend themselves, their democratic processes and societal stability.

In the context of the Visegrad Four, the threat of Kremlin’s hostile actions did not become much more than another issue on which its members can agree to disagree. Hungary sealed its warm relationship with Russia and legitimized its activities by entering into the inter-governmental agreement to build the Paks Nuclear Power Plant. The members, on the other hand, are too pre-occupied by their internal disputes and corruption to properly address the problem of Slovak paramilitary groups conducting exercises with former members of Russian Spetsnaz or the Night Wolves, which are establishing a military base on Slovak soil.

On the other hand, the Czech Republic and Poland have shown showed at least some level of consensus in understanding the threat faced not only by Ukrainians and Georgians, but also by their own people. The Polish Annual address on foreign policy goals from 2016 states that Russia seeks to expand its sphere of influence and inhibit the democratic transition of Eastern Europe by means of hybrid activities, including propaganda. The latest updates of this concept in the Czech Republic’s Foreign Policy and other strategic documents also address disinformation, hybrid threats and aggressive Russian expansive behaviour in way or another.

Even though it is still on a limited scale, both countries took steps to counter this threat, yet there still are areas with potential for improvement. It is surprising that so far there has not been much visible effort from either side to further cooperate even though both neighbors have a lot to share and could benefit from each other’s experiences while forging a united front on a global level.

The most feasible option seems to be the establishment of a platform where civil servants, security and strategic communications experts could meet and exchange their experiences and best practices in monitoring and analyzing disinformation campaigns and their potential impact. In Poland, two strategic communication departments are operational at the Ministry of National Defence and at the Ministry of Interior, while the Czech Republic established the Center against Terrorism and Hybrid Threats in the beginning of 2017 to monitor the media for disinformation that has the potential to threaten internal security. 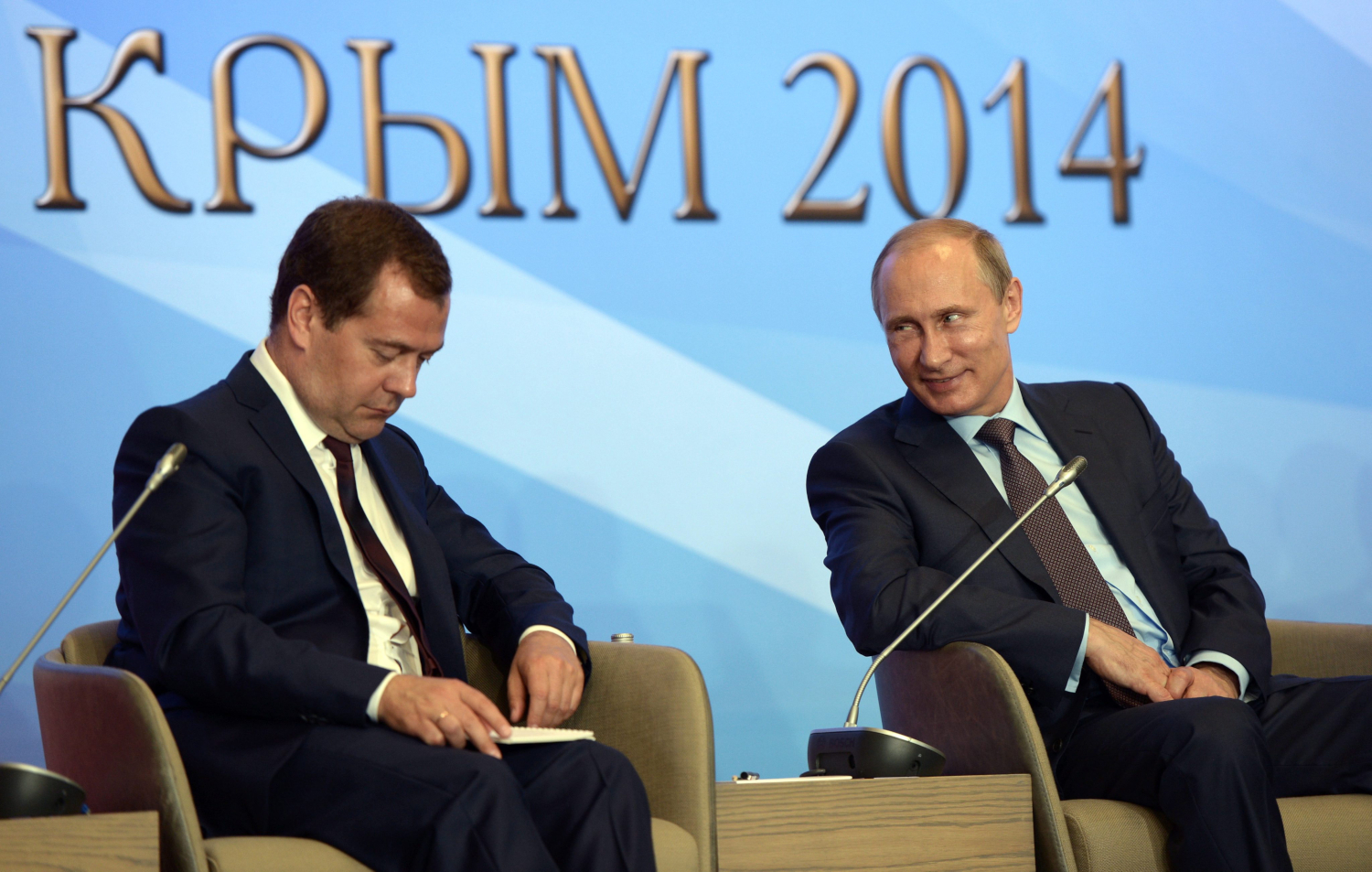 The Czech unit might have more strategic relevance because it is designed by the National Security Audit, a governmental review of the strengths and weaknesses in defending against new security challenges, including the influence of foreign powers. All the aforementioned institutions, however, lack structured coordination which would otherwise ensure their potentials are fully utilized and are further integrated with different levels and public sectors. Knowledge and skills exchange on the civil service level might be extremely helpful for both sides in developing capacities in best way possible.

Not so strategic energy projects

Such an exchange might be useful to enhance the technical aspects of countering information operations as an integral part of internal security, where Czech specialists could contribute thanks to their experience with establishing and running the Centre Against Terrorism and Hybrid Threats. Furthermore, it might widen the perception and understanding of various tools used by the Kremlin to spread its influence.

Poland is one of the few countries understanding that energy security is crucial to national sovereignty. This is why Warsaw is cautious about any strategic deals with Russia and why it has been vocal in its opposition to the Nord Stream project – which has the potential to harm Central and Eastern Europe economically and geopolitically. In this context, the Czech Republic still seems to be considering its position.

Poland has been defending its position on the European level, while the Czech Republic has been one of the EU frontrunners in fighting disinformation. Unlike the Czech Republic, Poland has not supported its national expert to the EEAS East StratCom Task Force, the most important unit authorized by EU member states to monitor and counter disinformation in Europe. It does, however, support the NATO Centre of Excellence for Strategic Communication in Riga as well as the Centre of Excellence on Countering Hybrid Threats in Helsinki. Furthermore, MEP Anna Fotyga from the Law and Justice Party was a rapporteur for the Report on EU strategic communication to counteract propaganda against it by third parties in October 2016.

Combined with the signals coming from both countries about their alertness when it comes to the emerging threat of Chinese influence, Poland and the Czech Republic might create a united front and help each other protect and uphold their interests not only with other member states and EU decision-makers but also with our common ally across the ocean – the United States.  USA seems to be responsive towards the responsible approach of both neighbouring countries.

Both Poland and the Czech Republic are certainly not the only countries in Europe with such an attitude. Latvia, Lithuania, and Estonia have been leading the discussion about hybrid threats and hostile influence operations originating in the Russian Federation long before the “awakening” following the annexation of Crimea and the start of the war in Ukraine. Before that, however, their concerns were not taken as seriously as they are today.

Perhaps the Baltic region is where we should look towards for an understanding as well as support and mutual exchange of information. For the Czech Republic especially, this would be a less expected, but very welcome, alignment; And if united, this group of countries might be better equipped to explain its concerns and threat perception to the western part of Europe, which lacks the same type of historical experience with Russia.

Do not let the opportunity be wasted

All of that is a long-term process that will take years to develop. Once the decision to start working together is made, however, quick initial progress could be made relatively easily. The first step would be to establish a platform where the relevant policy-makers and civil servants from the Czech Republic and Poland could meet regularly, communicate their common problems and challenges and exchange their experiences with best practices as well as potential setbacks in the area of countering foreign influence. Such a platform might not only help balance the differences between the countries, but also strengthen their approach and eventually their international positions.

The high-level political meetings within the Visegrad Four are far from efficient, as are any conferences or discussions forums with less specified goals and vague themes. The proposed platform would have to be narrowly focused and potentially open to relevant experts from the non-governmental sector, academia or even private companies. The scope of the debate could be highly technical but also more strategy-based and, therefore, include participants from various levels of the civil service and government. Right now, such an opportunity to stand together remains widely ignored and wasted, which is unfortunate and keeps two moderately strong players standing alone in this area.