The Constitution According to Putin

Lofted sometime before by Vladimir Putin’s closest associates, trial ballons might have brought a positive outcome, as evidenced by the Kremlin’s decision to announce upcoming amendments to the Russian constitution publicly. These are likely to keep Putin in power after he is obliged to leave the presidency past 2024, with the government of Dmitry Medvedev having fallen the first victim of this surprise shakeup. 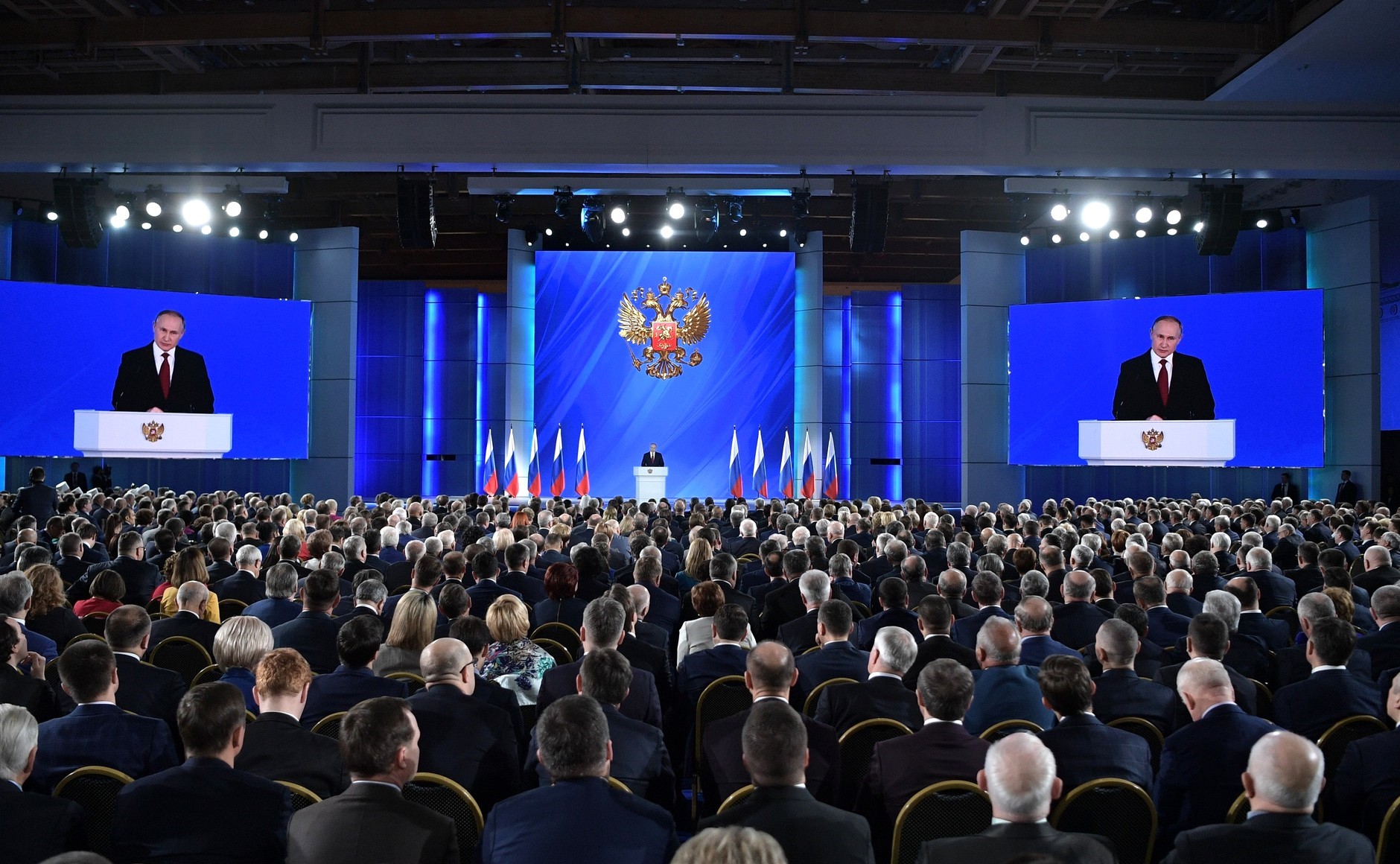 What was initially expected was that Vladimir Putin, in his annual address to the Federal Assembly, would first and foremost tackle Russia’s ongoing social challenges while admitting that the time had come for a change to make people’s lives better. Indeed, Putin opened up his speech with a list of promises, vowing additional support for families with children, in an effort to raise the country’s birth rate and offer favorable mortgage conditions, while announcing a number of incentives, including free hot lunches for school kids and benefits to families with children aged 3-7. But social promises were nothing but a mere prelude to the nub of Putin’s address, or his desire to change the constitution. With the constitutional amendments come what may be referred to as a dramatic shakeup of the Russian government and a new constitution. Putin’s suggestions push Russia increasingly closer to a presidential system with the increased powers of the parliament. Under the changes, the parliament would be granted greater capabilities, in effect weakening the presidency. In his state-of-the-union address, Putin called for stripping higher courts of their independence and enshrining the State Council, a new state body whose main competences have not been specified yet.

Putin has launched changes long before he is due to step down from the presidency in 2024. The incumbent president’s reshuffles may have emerged from his fears over a deteriorating situation across the country, along with their possible repercussions worldwide. Judging by how fast this decision has been made –– with the constitutional amendments announced, followed up by the government’s resignation, the appointment of a new prime minister and setting up a working group to amend Russia’s constitution, all within one day –– Putin seeks to lay the groundwork for a quicker transition of power. The president’s ambition is to push through the constitutional amendments, perhaps to get it sealed altogether with the State Duma elections. Once accomplished, this step would pave Putin’s way to a new system of governance in Russia and a snap presidential election. Putin, having taken on yet another post that would keep him in power, would no longer stand for the presidency. Russia’s incumbent president may eye three possibilities to extend his rule by becoming prime minister, chairman of the State Duma, the lower house of the Russian parliament, or the head of the State Council. If further changes are pushed through and a new model established, the State Duma speaker will surely grow in importance. But another solution seems a way more critical, with Putin chairing the State Council. The president may seek to reshape this advisory body, created in 2000, into a type of “supra-government” headed by him personally. But is this what he really wants to? Much more will be known about Putin’s aspirations after revealing what powers will be given to the State Council.

Yet another vital question is the name of Putin’s successor. After Dmitry Medvedev resigned, he was assigned to a new position in the Russian Security Council in a move that lessened his chance to run for president –– at least at this stage. Poised to succeed Medvedev as Russia’s next prime minister, Mikhail Mishustin will be appointed the interim head of the government just like Fradkov and Zubkov sometime before. Much can still change as for Putin’s proposals as the president has just given himself more room for maneuver after leaving the presidency in 2024. It is yet too early to predict for sure how the final reshuffle may look like. Nonetheless, Putin’s urge that Russia should remain a “strong presidential republic” might hint he will take on a new job of the chairman of the State Council yet armed with greater powers. For instance, he could temporarily freeze the president’s decisions and legal acts or enjoy real control of the army and the siloviki.