Communist China in the Geopolitics of the New Decade 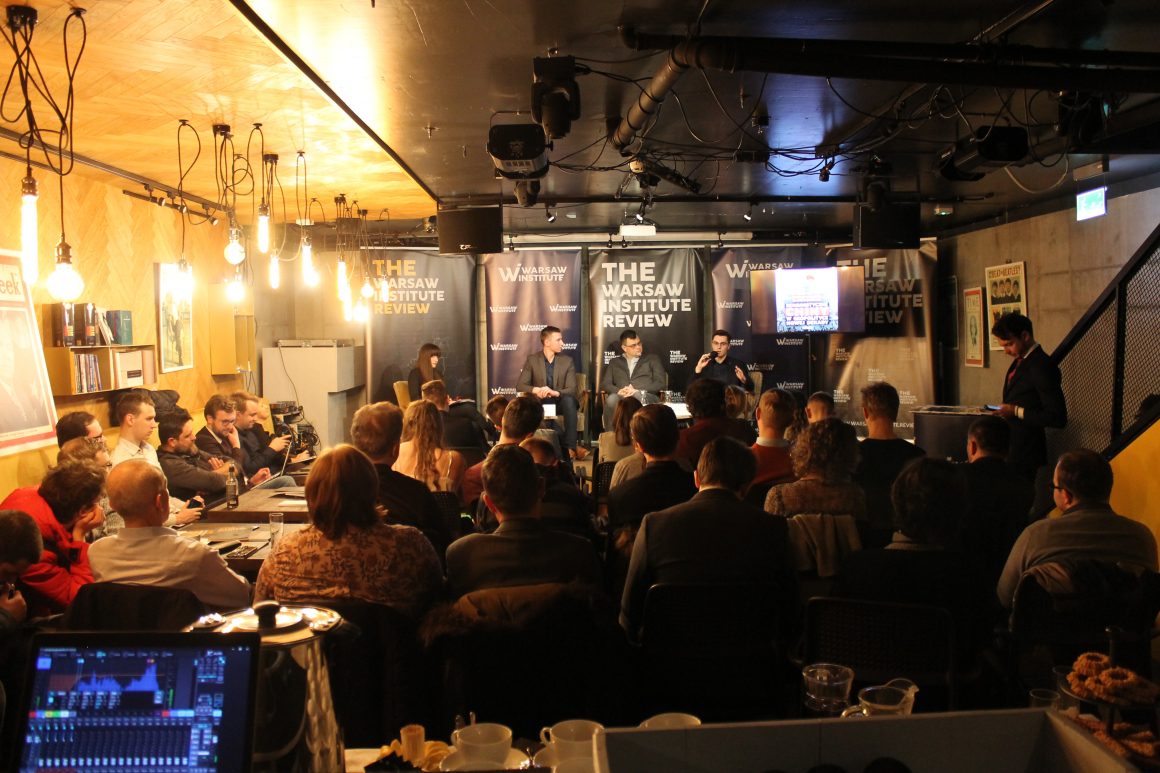 The expert debate featured a comprehensively constituted array of experienced and well-versed specialists, with: Dr. Robert Rajczyk, an expert on the socio-political situations in the Far East and an author for WIR’s quarterly; Mr. Paweł Paszak, representing the Institute of New Europe, focusing on the foreign policy of the People’s Republic of China (PRC) and the US-Chinese rivalry; as well as Mr. Jacek Perzyński, an analyst at BiznesAlert.pl and Polish Brief, specializing in the energy and economy of the PRC. Eloquently moderating the session was Ms. Julia Grzybowska, Vice President of WI. In the traditional format of WIR and WI expert debates, the panellists each successively presented short lectures on their specific areas of focus, followed by a Q&A, and in it, avid discussion amongst panellists, the moderator, and many audience members.

Kicking things off, the conundrum of Taiwan’s sovereignty and questions around potential integration with mainland China was elaborated on in his input by Dr. Robert Rajczyk. Partially touching on his most recent written piece in the WIR quarterly on the paradoxes of autonomy, Dr. Rajczyk went over the faces of modern relations in the context of the “one country two systems” principle, raised extremely important issues concerning not only the mutual relations between the PRC and the Republic of China (RoC), but also the PRC and Hong Kong, the attitudes within the US leadership and societal circles with regard to this situation. 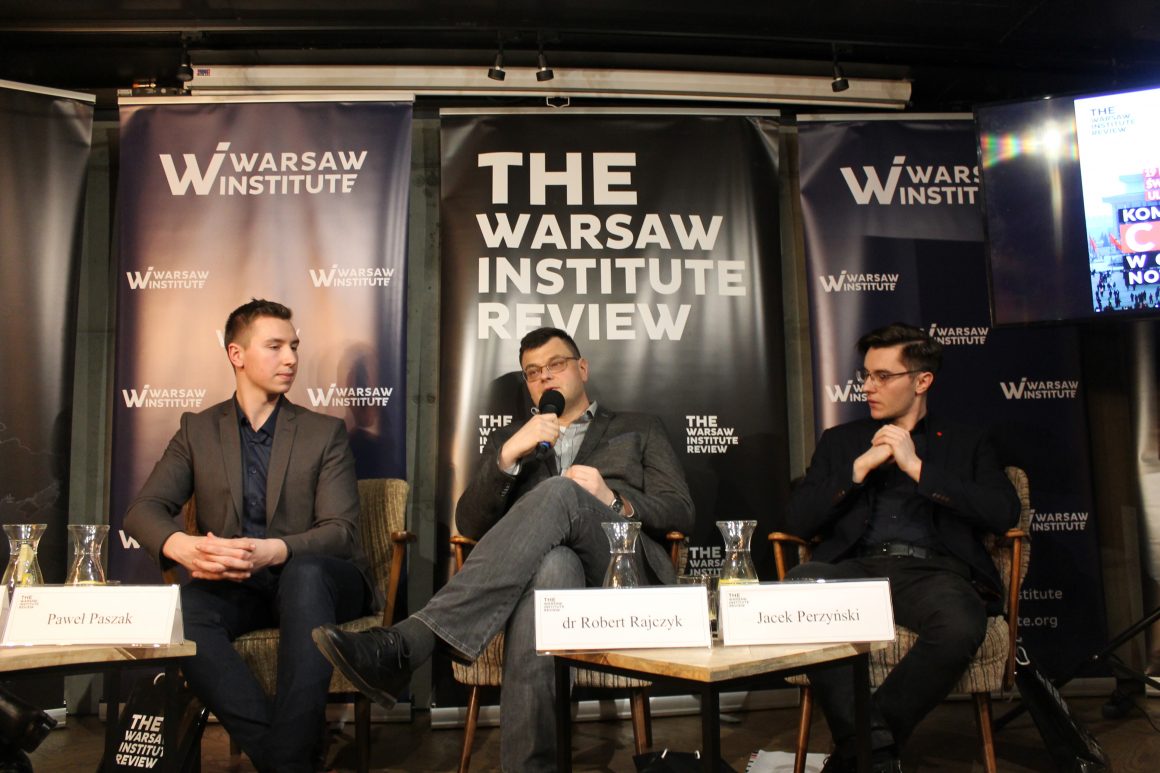 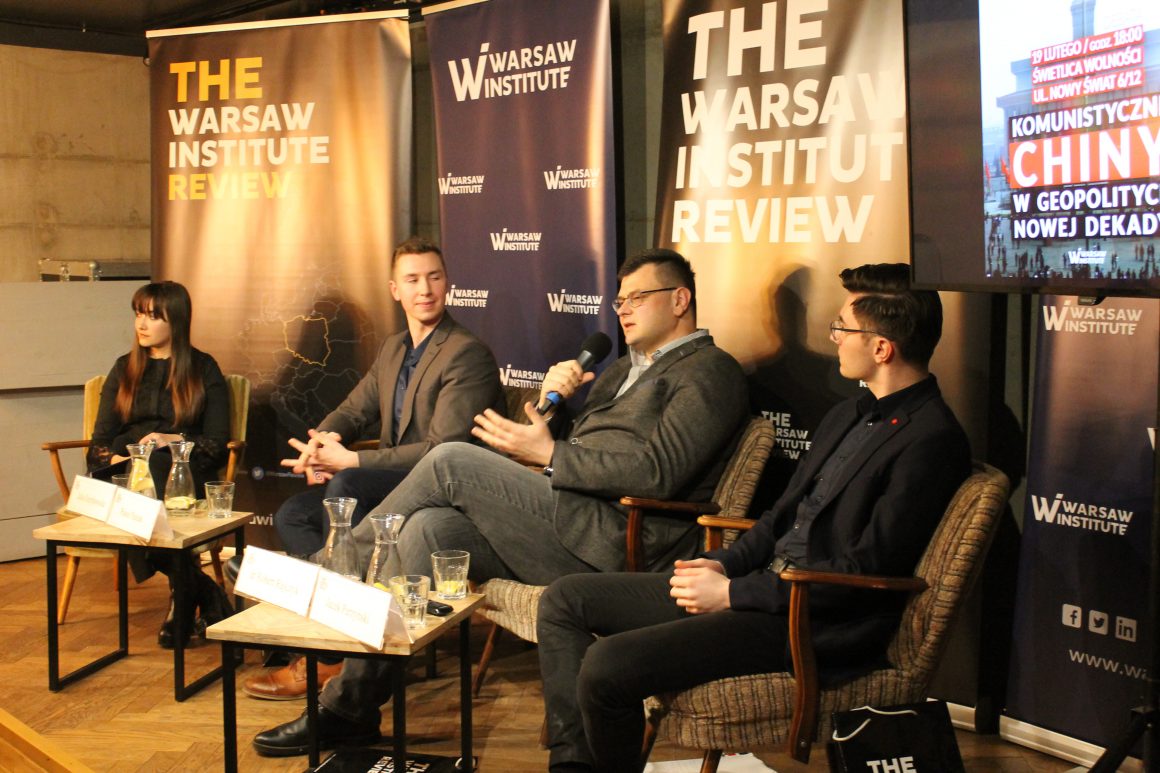 Dr. Rajczyk cited the preamble of the Constitution of the PRC, which states that “the Chinese people should strive for unification”. In its view, Beijing thus gives itself the right to make demands in relation to, among others, Taiwan, which is widely considered a rebellious province on the continent. In this, the example of Hong Kong and Macau, which are subject to the PRC, but to a limited legislative degree, raises questions on the how the PRC has means to exploit varying interpretations for geopolitical gain. The issues of Taiwan and Hong Kong are also about pride – something in the mind of the PRC authorities.

Current events in Hong Kong are certainly not attracting sympathizers in Taiwan to their communist counterparts on the other side of the strait, and are making the vision of a peaceful unification of the two countries more improbable. Yet, this is one of the most important conditions necessary for joining the two countries without outside interference or the use of force and violence. Continuing to cite another example, which even under the presidency of the previous and relatively less aggressive President of the PR of China Hu Jintao conducted deliberate campaigns to weaken Taipei’s economy, Dr. Rajczyk argued that it is not possible to rationally interpret the intentions of mainland China anything other than malicious in this context.

According to Dr. Robert Rajczyk, these moods are reflected in the results of the January presidential and parliamentary elections in the RoC. The Democratic Progressive Party had decidedly won, which not only advocates maintaining Taiwan’s current status, but also negatively refers to Beijing’s undemocratic activities, including interference in the internal affairs of another country that Taiwan remains. It is worth emphasising that Taiwan, as a democracy, is particularly vulnerable to hybrid activities from the PRC. Freedom of speech and pluralism make it possible to proclaim pro-communist views in public space, including social media. As Dr. Rajczyk stressed towards the end of his address, despite, and even perhaps thanks to such activities of Beijing, most people of Chinese origin in Taiwan feel more Taiwanese than strictly Chinese. Thus, perhaps we are witnessing the slow formation of a new nationality, or at least, a sense of national separateness.

Summing up, the first speaker stated “the assumption of” the ‘one country and two systems’ in effect “already exists only de jure, but they do not apply in reality because both Chinese countries have separate goals and visions of their future”.

Following on from this, the notions and specificities pertaining to “technological transformation of the PRC” was the topic of our second panellist, Mr. Paweł Paszak. In his address, he presented the process of evolution of the Chinese economy from the agricultural state to the producer of technologically advanced goods. Mr. Paszak will also be the main author of WI’s newest programme, China Monitor, the soon-to-be launch of which accompanies this event. 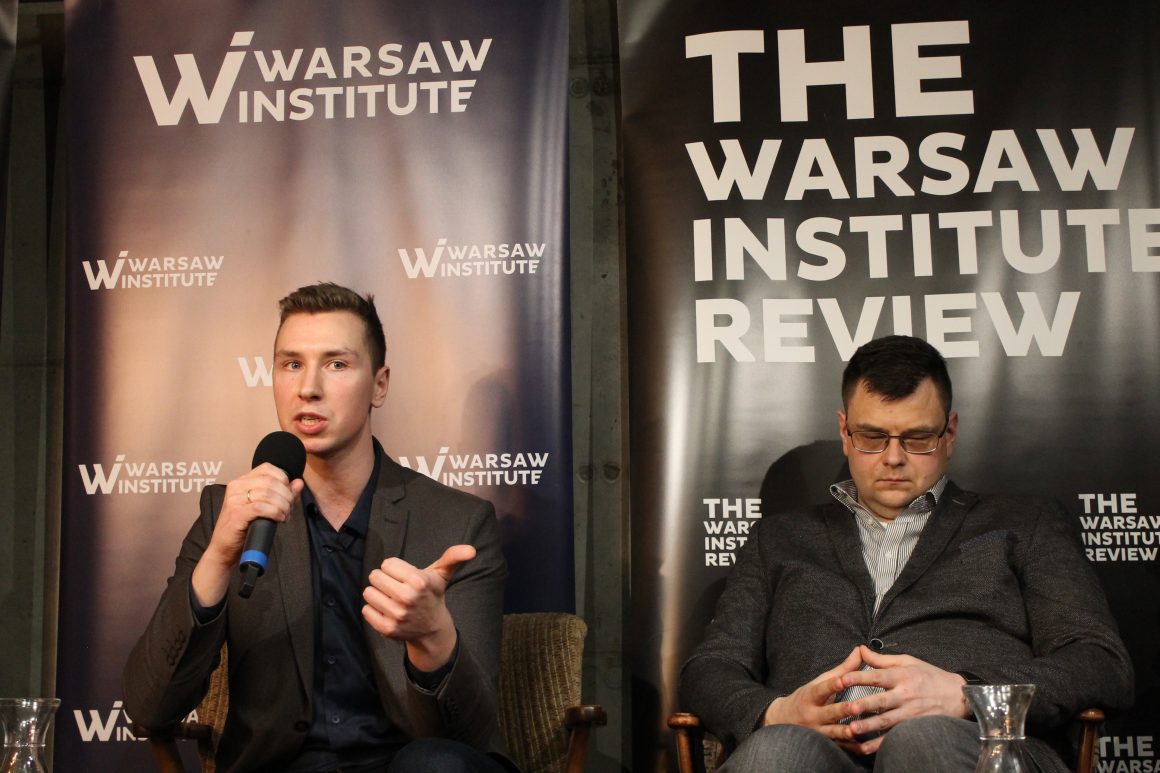 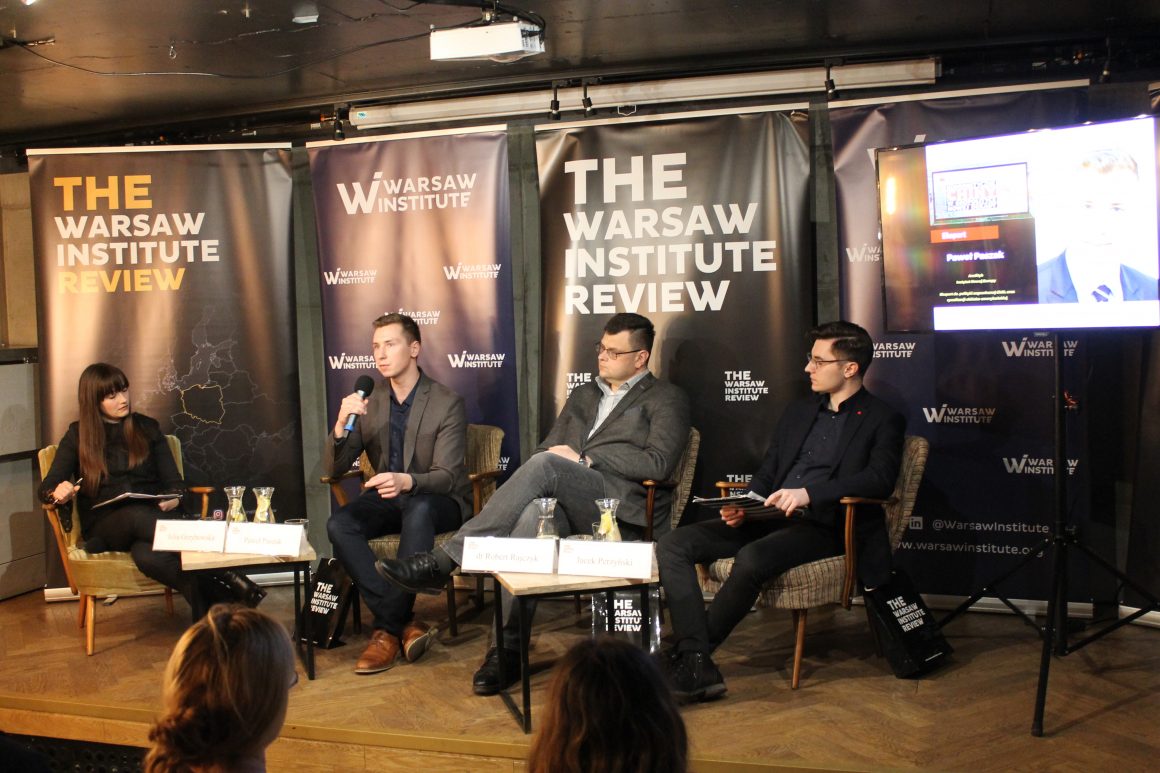 The most emphasised issue was the economic reform initiated in the late 1970s and early 1980s by Deng Xiaoping, the then-most important man in the country and widely regarded as the father of modern China. Over the past 40 years, the PRC has undergone a process of transformation from a country where the majority of the population lived in rural areas, through a subcontractor with the cheapest workforce in the world, to a producer of technologically advanced products capable of competing with the world’s best brands so far. One of the reasons for this success is the drastic increase in R&D expenditure by over USD 500 billion per year since 2000. Focus on reforms and development-orientated policies have contributed to the emergence of technological giants: Baidu, Alibaba, Tencent and Huawei, which significantly threaten the position of their US counterparts like Facebook or Apple.

Then, building on from this, Paszak smoothly transitioned to the issue of economic and technological rivalry between China and the US. He emphasised the importance of economic links between these two states, which in his opinion make the vision of the China-US conflict illusory. Regardless, he cited a certain US document from the 90s, where, according to information that was leaked, it contained a strategy towards states threatening the position of the US as a world power. Namely, the state was becoming a strategic competitor and opponent of the US in the competition for global supremacy. Hence, if not military confrontation on a full scale, then the rivalry is expressed in various other means, and will continue to do so on various, increasingly creative fronts, which are difficult to prepare for. This leads into the core question of Ms. Julia Grzybowska, of to what extent 5G technology is a threat for its recipients, where Huawei’s leadership is heavily associated also with PRC’s State Security.

The last expert input raised the issue of energy sources, and specifically renewables, in China. Mr. Jacek Perzyński presented the process of transformation of the Chinese economy from a country that does not pay attention to the environment, chasing economic development after the largest electric car manufacturer in the world. The change took place during the presidency of Hu Jintao, who raised the issue of renewable energy sources, which, like an avalanche, caused party apparatchiks wanting to score for the most important man in the state to look for ways to harness less harmful sources of energy. 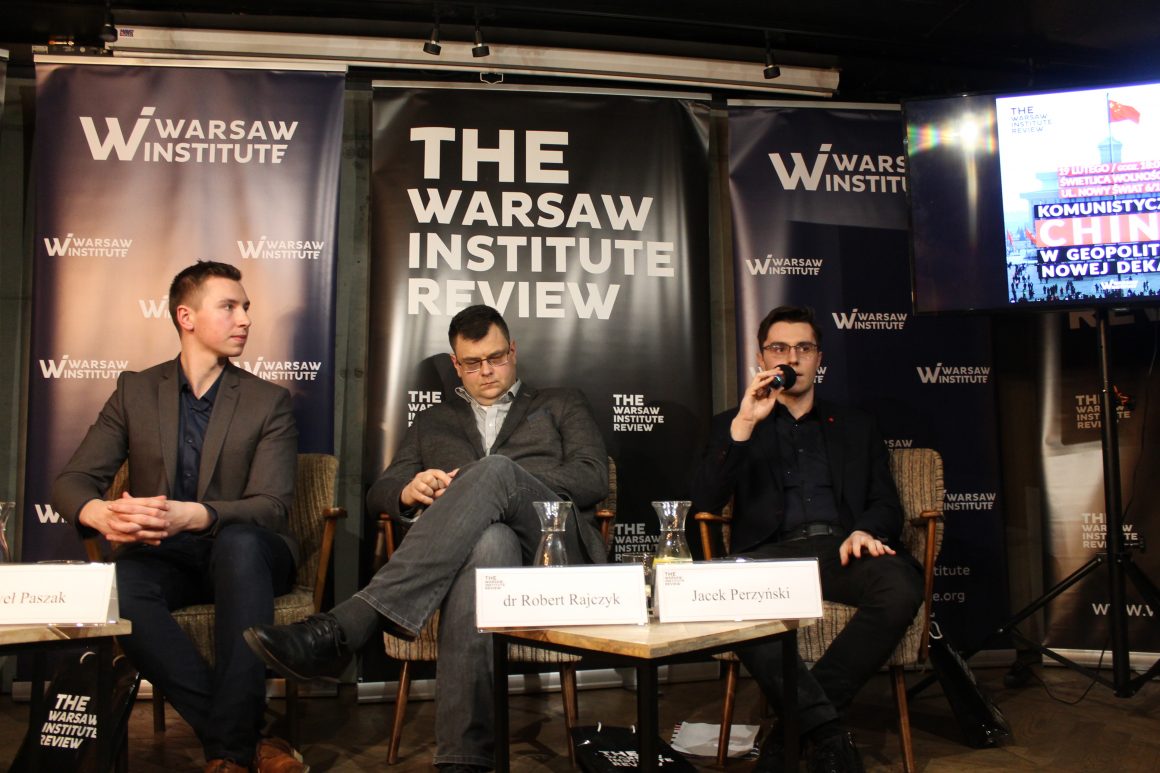 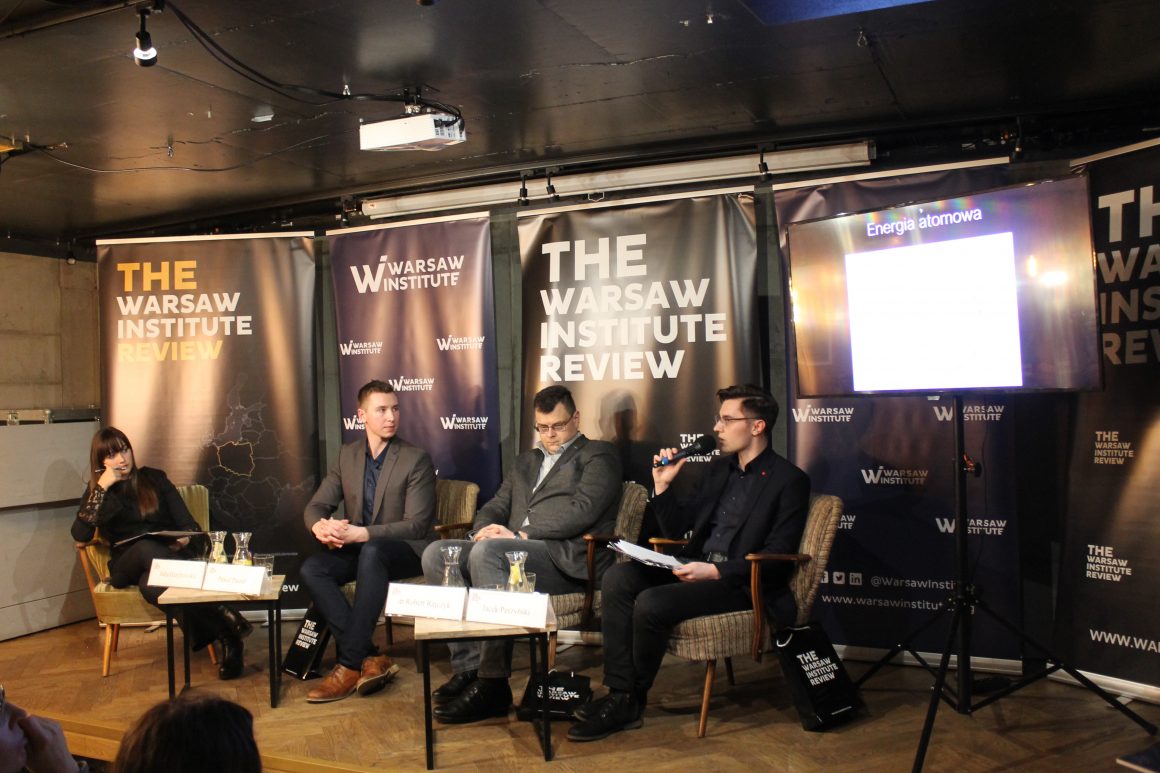 These activities have led not only to the construction of wind farms or solar farms; there has also been a sharp increase in the number of nuclear reactors, from just over 20 at the beginning of this millennium to as many as 48 now in 20 power plants. Interestingly, almost all of which are located in the western part of the country near the largest cities.

As Perzyński emphasised, China is still increasing the use of various types of renewable energy sources. These include huge windmill fields in the largest number are located in the Inner Mongolia region, significant dams on large Chinese rivers, such as the Yangtze River, or solar energy farms. As it is in the case of wind energy, China has particularly valued areas in terms of solar energy because of its large, open spaces and high annual sunshine. It is the province of Gansu, where the largest solar farm has up to 4,000 km2.

The expert debate, proceeded to a lengthy and remarkably thorough question and answer session from audience members, who also contributed with particular intrigue, exploring opinions and additional arguments, as well as with present journalists. One particular comment worth reiterating, was that, at the end of the day, with its unsettling and spectacular achievements, the PRC is an authoritarian state – argued by some, perhaps even totalitarian already in essence – with internment camps, branded by the PRC as “re-education camps” despite evidence pointing to their nature being more sadistic, likely concentration camps. Besides the persecution of religious minorities, the controversial ‘Social Credit System’, it is also worth to scrutinize how the PRC’s leadership is handling the most unfortunate Coronavirus outbreak. It was explored further, of how other states, besides the economic factors, be traded and cooperated with as a normal country, is under question whether this should continue in a “normal” way.

As a result of the thought-provoking debate, WIR and WI are able to share the insights with its readers and those who attended the event. 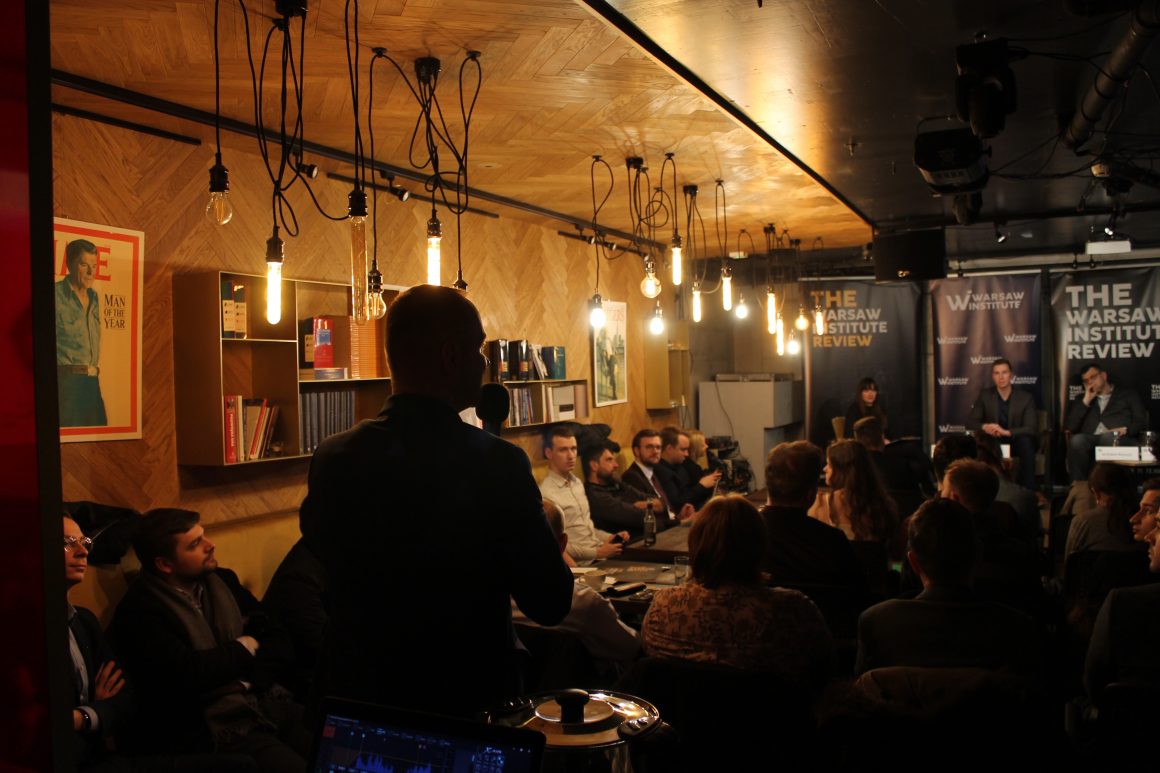 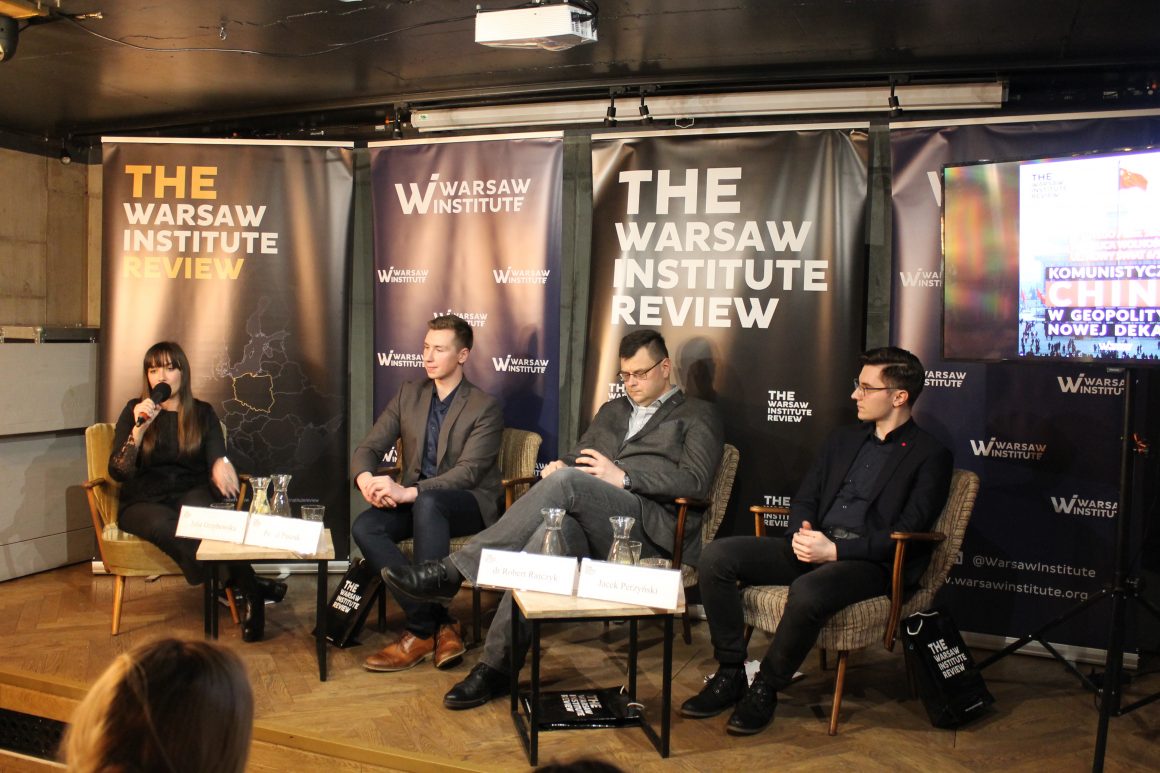