The first foreign base of the People’s Liberation Army was established in 2017 in Djibouti, the smallest country in Africa, located at the mouth of the crucial Bab al-Mandab Strait, connecting the Red Sea and the Gulf of Aden. The Strait is one of the most important transport routes in the world, connecting the Indian Ocean with the Suez Canal. For years, multiple civil conflicts took place in Somalia, Sudan, and Yemen, which increased the level of threat to free shipping. The base is part of China’s comprehensive policy towards Djibouti, which, in addition to providing security for the Chinese ships and support for UN peacekeeping missions, aims to strengthen Beijing’s position as a key economic partner for the countries located in the Horn of Africa. 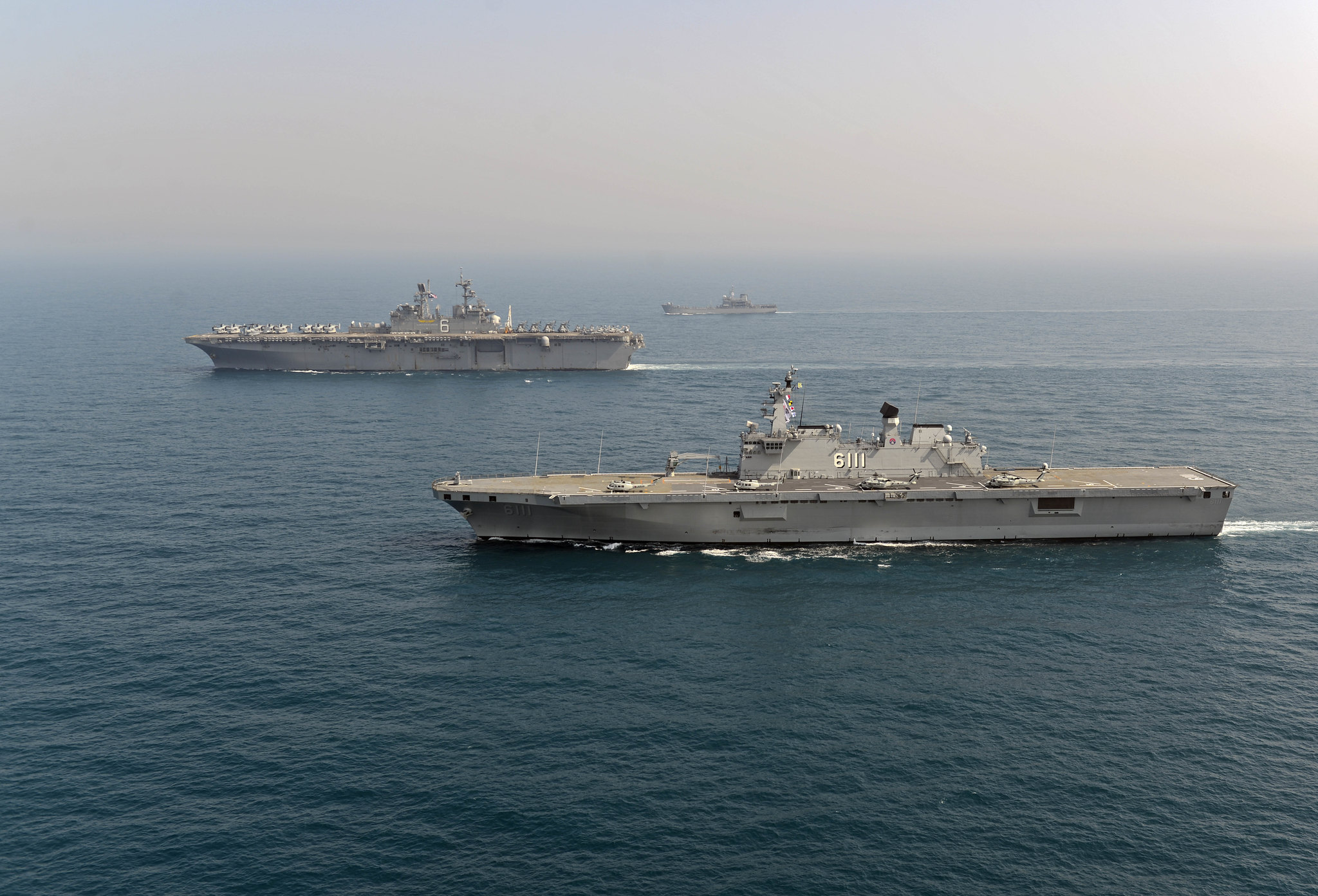 Since the establishment of the base, there have been numerous accusations, made mainly by US administration officials, that it is an attempt of an expansion into the Indian Ocean. In April 2021, US Africa Command commander Gen. Stephen Townsend indicated during a hearing before Congress that China is expanding the port to accommodate aircraft carriers in the future. However, according to the Communiqué of the Chinese government, the base is intended to fulfill international obligations by providing humanitarian aid, supporting Chinese peacekeeping operations in Africa, assisting in ongoing anti-piracy missions as well as maintaining peace and stability in the region.
The Japanese Self-Defense Forces (JSDF), the United States (Camp Lemonnier Base), France (Naval base of Héron) and Italy (Base Militare Nazionale di Supporto) also have bases in Djibouti. Having an own base is a symbol of the growing prestige of the PRC and creates opportunities to develop military diplomacy as well as to gather information on the activity and mechanisms of operation other countries’ navies. Additionally, it allows the personnel and command of the navy to gain valuable operational experience.

The expansion of the PRC’s military and logistical infrastructure should also be considered in the broader context of Chinese activity in East Africa. Djibouti and Ethiopia are among China’s major partners in the region, being beneficiaries of numerous loans and connectivity projects. Ethiopia is among Africa’s most dynamic economies, with an average GDP growth rate of more than 10% between 2004 and 2019. Despite its improving economic prospects, the country is landlocked, which forces it to use Djibouti’s transport infrastructure. For several years, Djibouti authorities have been pursuing a policy aimed at turning the small state into a transport and financial hub, following the model of Singapore, through which financial and trade flows between Africa and Asia would take place.

The Chinese authorities meet these plans by offering cooperation in the framework of the Belt and Road Initiative, which was announced to reach up to $14 billion. While this amount still remains unrealistic, for Djibouti, whose GDP was $3.34 billion in 2019, even a fraction of it will constitute a major financial injection. The PRC’s flagship projects in the region include the multi-purpose port of Doraleh and the railway line between Djibouti and Ethiopia, inaugurated in 2018. The cost of building the port reached $590 million and was mostly covered by China Merchant Holding. The railway line, opened in 2017, was financed in 70% by a loan from Chinese Eximbank and was contracted to China Railway Group (CREC) as well as China Civil Engineering Construction Corporation (CCECC). In 2017, an International Free Trade Zone, where companies can operate without paying income tax, property tax, dividend tax or VAT, has been set up in Djibouti. In addition, a network of water pipes, wells and reservoirs was commissioned in 2017 to address water shortages. The $330 million project was financed by the Export-Import Bank of China, while China’s CGC Overseas Construction Co Ltd. (CGCOC) was responsible for its implementation.

In February 2019, Ethiopian and Djiboutian authorities signed a memorandum of understanding to build a $4 billion, 767-kilometer (477 mi) natural gas pipeline from the Hilala and Calub fields in Ethiopia to the port of Djibouti. The pipeline would be built by GCL-Poly, a Chinese company that also operates the gas fields. It would transport 12 billion cubic meters (bcm) of gas annually, 10 bcm of which would be exported to China. The construction of an LNG terminal is also foreseen.

In recent years, China has become a major creditor of Djibouti, with its total external debt around 66-70% of GDP. Despite warnings from the International Monetary Fund (IMF), the country’s five-time president, Ismail Omar Guelleh, decided to pursue comprehensive cooperation with China. The politician argued that only China offers long-term partnership and infrastructure development, while the IMF warns against debt, but does not offer any attractive alternatives.

China’s policy towards the region is consistent with the broader context of its relationship with Africa, which is based on pragmatic cooperation in terms of trade, infrastructure and industry. Beijing’s willingness to engage and its financial resources make it a natural partner for African countries, whose primary goal is to overcome underdevelopment. The lack or insufficient involvement of Western countries, which are not in a position to offer competitive loans or the possibility of building infrastructure, is conducive to more intensive contacts with China. During the G7 summit, held in Cornwall on June 11-13, the United States, along with other countries, announced plans to launch a competitive “Build Back Better World” (B3W) project. It aims to scale up high-quality infrastructure investment in low- and middle-income developing countries. Potentially, this platform could fill an existing gap, but it is still at the planning stage and it is too early to judge whether it could become an alternative to the Belt and Road Initiative.