Hungary is the second country in Europe, along with Serbia, to approve the Sinopharm vaccine for general public use. Thanks to a contract concluded with the Chinese company, the authorities in Budapest have vaccinated 2.5 million citizens with at least one dose, achieving the fourth-highest vaccination rate in Europe. Since the outbreak of the pandemic, Viktor Orbán’s government has actively supported the narrative of the authorities in Beijing, highlighting the importance of collaboration with China to effectively fight against the disease. 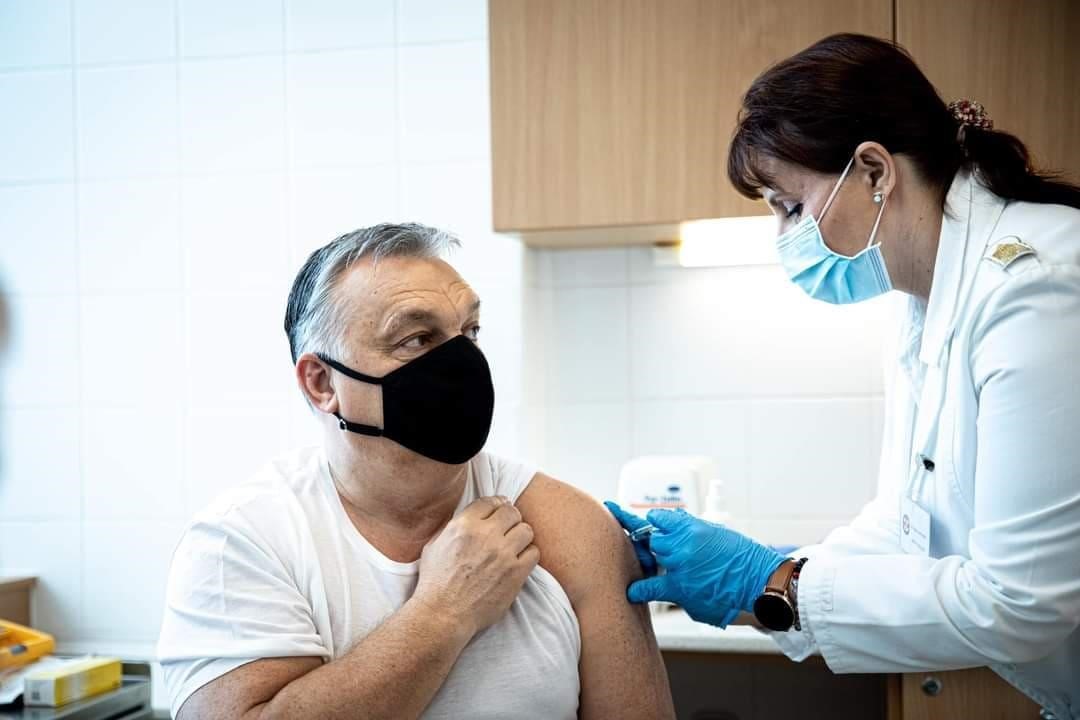 Parallelly, the authorities in Budapest have limited the significance of the partnership with the European Union, which has been criticized by the key representatives of the ruling party for inefficiency and delays. Alliance between China and Hungary in the healthcare domain is part of increased cooperation between the two countries, which in recent years has included diplomatic support as well as investments in infrastructure and education.

According to data available as of April 4, the rate of vaccinated residents of Hungary exceeded 35%, while the number of citizens who have received at least one dose is expected to exceed 3 million by April 13. Despite its rapid vaccination campaign, Hungary still remains one of the countries with the highest death rate per 100,000 inhabitants, having the third-highest number in the European Union (226 as of April 7). In an interview with pro-government Kossuth Radio, Prime Minister Viktor Orbán stressed that already in November 2020 he was expecting that the contracts signed by the European Commission would be insufficient to quickly vaccinate a significant percentage of the population. Moreover, the Hungarian Prime Minister said that if the authorities used only vaccines supplied by the European Union (EU), then this rate would be twice as bad. Additionally, the Prime Minister pointed out that when it comes to vaccines, the matters of ideology and origin should be put aside and instead one should focus on their safety and effectiveness.

The rapid vaccination campaign in Hungary would not have been possible if the supply contracts with the Chinese pharmaceutical company Sinopharm were not signed. On January 29, the vaccine received approval for emergency use, while the first batch of 550,000 doses was delivered to Budapest on February 16. Vaccine rollout began on February 23, 2021, despite objections of the European Medicines Agency (EMA). No other EU country has decided to take a similar step. Details of a government contract between Hungary’s National Public Health Center (NNK) and Sinopharm for the purchase of 5 million jabs were published on March 10. The transaction exceeded €150 million, which means that the Hungarian authorities paid $35.7 for a single dose. This is twice as much as the price of the Pfizer-BioNTech and Moderna vaccines (about $15 and $18 respectively), nearly four times more than the price of the Johnson and Johnson vaccine (about $8.5), three times more than the Sanofi and GlaxoSmithKline jab (about $9), and more than 18 times the cost of the Oxford-AstraZeneca vaccine (about $2). In comparison to the AstraZeneca vaccine, Sinovac’s jab offers a similar level of protection (over 70% efficacy), but compared to Pfizer and Moderna vaccines it performs much worse (over 90% efficacy). Thus, despite cordial diplomatic relations, Hungary had to pay a lot for vaccines with lower efficacy. CanSino Biologics’ Chinese jab and CoviShield, the Indian-made AstraZeneca vaccine, received approval for emergency use in Hungary on March 22, which allows for additional deliveries in the future.

On February 28, 2021, the Hungarian Prime Minister was publicly inoculated with the Chinese jab and encouraged citizens to do the same. In Hungary, similarly to other EU countries, the voices of groups questioning the necessity and safety of available vaccines are also heard. In the case of the Chinese vaccines, these concerns were compounded by doubts about the transparency of the tests, as a result of which the EMA did not approve any of them to be used in the European Union. Viktor Orbán’s direct involvement in the vaccination campaign, which included the Chinese jab, was a political gesture that not only established the credibility of the campaign but also the Chinese partner.

The positive attitude of the Hungarian authorities towards cooperation with China in the field of healthcare was noticeable from the very beginning of the pandemic. On March 24, 2020, Prime Minister Orbán welcomed Chinese delivery of medical supplies at the airport, thanking for help. On March 27, 2020, on the air of the state-owned Kossuth Radio, the head of the Hungarian government strongly criticized the European Union for its sluggish reaction to the pandemic and a lack of adequate aid. Back then, the Prime Minister stated that “help does not really come from here [EU].” He also added that “help we got from the Chinese, and I turned to the members of the Turkic Council, where Hungary is also a member, that they give help, and we got it also from there”. The first plane with medical equipment on board arrived in Budapest on March 23, with many more coming over the following months. However, the statements of the Hungarian authorities did not indicate that more than 99% of the cargo included medical equipment purchased in China. Vague terms emphasizing the “arrival” of the deliveries or the “transfer” of the goods might have suggested that they were a donation, but, in reality, they were part of a business contract. Concurrently, Hungary received €5.6 billion under the EU’s €37 billion Coronavirus Response Investment Initiative, adopted on March 30, and €1 billion under the Temporary Framework for State aid measures. Putting emphasis on the role of China in the fight against the pandemic by the authorities in Budapest whilst minimizing the significance of the European Union was determined by political factors, and not by the actual scale of the undertaken actions. For a decade, the ruling Fidesz party has been accused by EU institutions of undermining the rule of law as well as actual abolition of the separation of powers and independent media. Article 7 procedure of the Treaty on the European Union, initiated by the European Commission against Hungary and Poland, in addition to the debate on linking the disbursement of EU funds under the 2021-2027 budget to compliance with the rule of law, have become symbols of these tensions. In a speech in Băile Tuşnad in 2014, Viktor Orbán announced that his goal is to create an “illiberal democracy” that puts a “specific, national, particular approach” at the center, rather than a liberal ideology, as is the case in the West. Diplomatic isolation in Europe has provided an additional stimulus for the authorities in Budapest to deepen political and economic cooperation with Beijing. Since the mid-2000s, Hungary has been earnestly striving to attract large investments and infrastructure projects from China, such as the Huawei logistics center and the Budapest-Belgrade high-speed railway (under construction). Viktor Orbán’s government is among the strongest advocates of cooperation with China in Europe, which is the reason why it regularly supports Beijing’s political initiatives, such as the so-called mask diplomacy and vaccine diplomacy.

The actions of the Hungarian authorities are motivated mainly by domestic policy needs. The crisis caused by the pandemic has led to a recession of around 5% whilst one of the highest death rates in the European Union is a PR challenge to the government. Next parliamentary elections in Hungary are scheduled for 2022 and the government’s response to the pandemic will be a significant factor that would shape the dynamics of support. Cooperation with China on vaccination campaigns is primarily aimed at improving the situation related to the epidemic in the country and demonstrating that the current authorities are able to tackle the crisis through partnership not only with the European Union, but also China and Russia. Nevertheless, these actions also have a significant impact on relations with Beijing. Since the beginning of the pandemic, Viktor Orbán’s government has been actively promoting Chinese medical aid, thus strengthening bilateral relations.

A proactive stance of Budapest is part of its “opening up to the East” policy which aims to reduce political and economic dependence on the West. The measures taken since March 2020 should also be perceived as a political investment of Orbán’s government that might pay off in the future in the form of new infrastructure projects or an inflow of Chinese capital to certain sectors. Decisions concerning the construction of the Budapest-Belgrade railway, worth more than €2 billion, and the Fudan University’s campus in Budapest, totaling more than €1.4 billion, would have been impossible without a favorable political climate and relations between the two countries. The experience of the pandemic suggests that the current government would continue its existing policy and strive to implement joint projects at the expense of China’s diplomatic support in international politics.