On September 18, the State Council Information Office of the People’s Republic of China (PRC) published a White Paper titled “China’s Armed Forces: 30 Years of UN Peacekeeping Operations.” It is a useful document from the standpoint of analyzing the policy of the Middle Kingdom, which presents the dynamics and current activity of China in the UN peacekeeping missions. 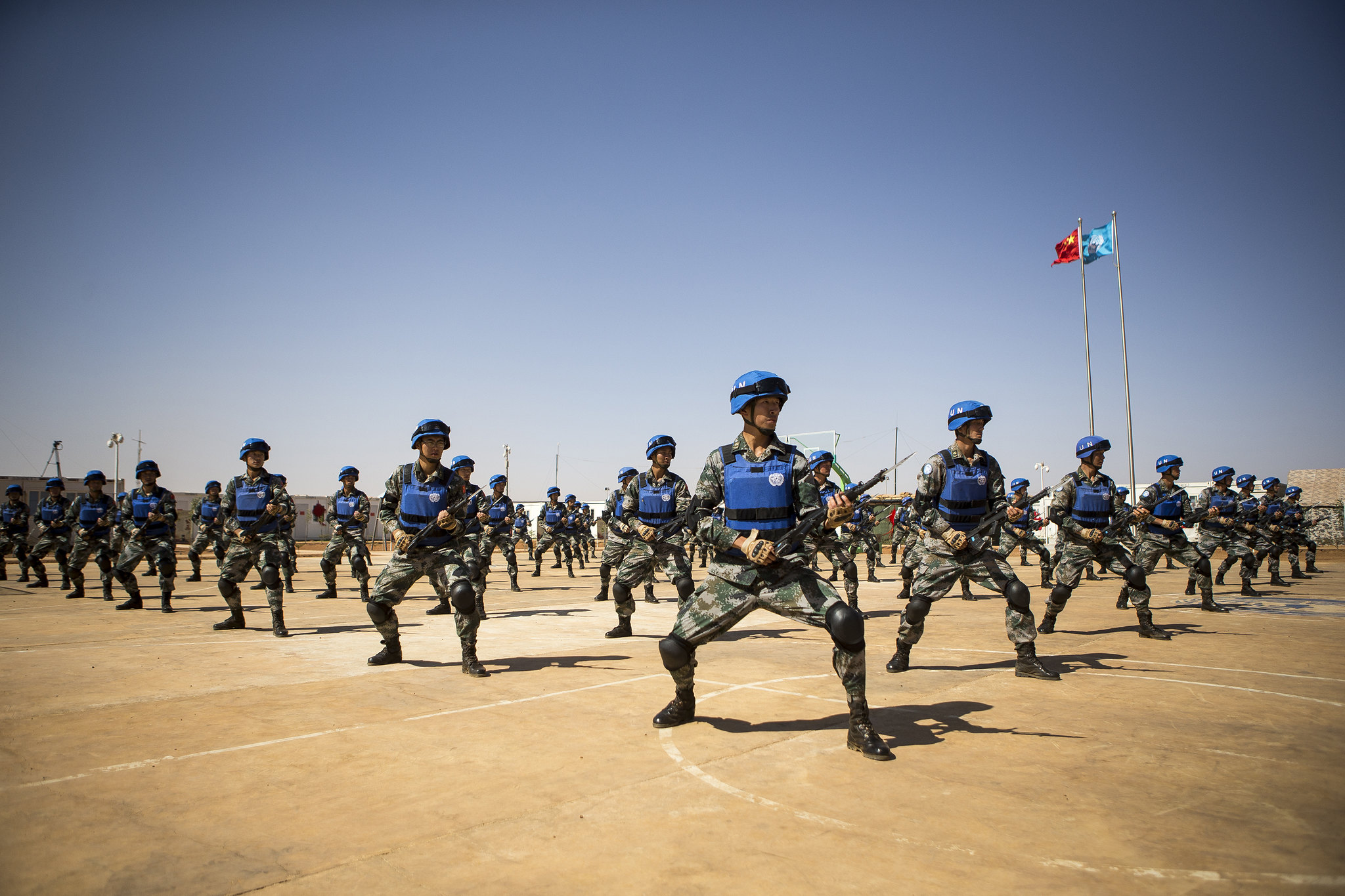 The report is divided into five chapters. The foreword recalls that “peace is an ever-lasting aspiration of the Chinese people” and that Beijing protected the international system focused on the UN in addition to its goals and principles. China is the second largest contributor to both peacekeeping assessment and UN membership fees as well as the largest troop-contributing country among the permanent members of the UN Security Council (over 40,000 soldiers on 25 missions).

The first chapter lists the reasons for PRC participation in peacekeeping missions. It is stated that the pursuit of peace has been in the genes of the Chinese nation for thousands of years. It is committed to the well-being of humanity and to serving it, as this is the primary goal of the armed forces, it is also a responsible member of the international community. The principles that the PRC is committed to uphold include: adherence to the objectives and principles of the UN Charter, global governance based on extensive consultation and cooperation (e.g. the pursuit of low-carbon development is mentioned here), peaceful resolution of disputes or using the role of regional and sub-regional organizations in promoting partnership for peace.

The second chapter presents the tasks that Chinese forces undertake in peacekeeping missions. They serve in engineer, medical, transport, helicopter, force protection and infantry units, and as staff officers, military observers and seconded officers. They supervise peace missions, stabilize the situation on the ground, protect the population, provide Protection Forces, facilitate humanitarian aid and support reconstruction after conflicts. In almost every part of the report, heroic actions of Chinese representatives and statistical data were presented. The role of the large group of women participating in Beijing’s missions is highlighted.

The third chapter discusses the implementation of President Xi Jinping’s commitments, which he presented during a speech at the Leaders’ Summit on Peacekeeping in New York in 2015. China completed the registration of a UN peacekeeping standby force of 8,000 troops in the Peacekeeping Capability Readiness System (PCRS) in 2017. China has become the country with the largest number of standby peacekeeping troops of the most diversified profile. Furthermore, Beijing provides effective engineering, medical and training support to more than 1,500 peacekeepers from over 60 countries. The CPC authorities have also provided military assistance of $100 million to the African Union in order to support the African Standby Force and nearly $70 million for 80 projects under the United Nations Peace and Development Trust Fund.

Chapter four lists China’s numerous efforts to expand multilateral cooperation, including meetings, consultations, training, conferences and international exchanges. The fifth chapter refers to Xi Jinging’s slogan about building a community with a shared future for mankind. China supports the UN in improving the system of peacekeeping and reforms for this purpose. Finally, China’s timeline of activities in UN peacekeeping missions, a list of missions in which they have participated and fatalities on their side are enlisted.

The White Paper presented China as an important player and a leader in world peacekeeping missions. Indeed, it has to be acknowledged that the PRC has taken ambitious steps to change its status from a country that was withdrawn from any actions, especially in the twenty-first century, when the scale of Chinese financial and human resources support began to be comparable to those of the world’s top. Some matters that may appeal to the international community were encompassed as well. According to the authors of the documents, China strives only for peace, which is inscribed in its DNA and conducts its policy in accordance with international law. Moreover, mentioning the need to care for the environment and the distinction of women’s involvement in the missions can win public sympathy. It should be remembered, however, that Beijing’s activity is connected with hard economic interests, especially in Africa, and building a good external image, which is supposed to distract others from internal affairs, i.e. persecution of religious and ethnic minorities.