On May 12, the second China+Central Asia (C+C5) Foreign Ministers’ Meeting was held in Xi’an City, a capital of Shaanxi Province, located in northwest China. The discussion focused on the pandemic and related matters, economic cooperation as well as regional security with an emphasis on the case of Afghanistan. 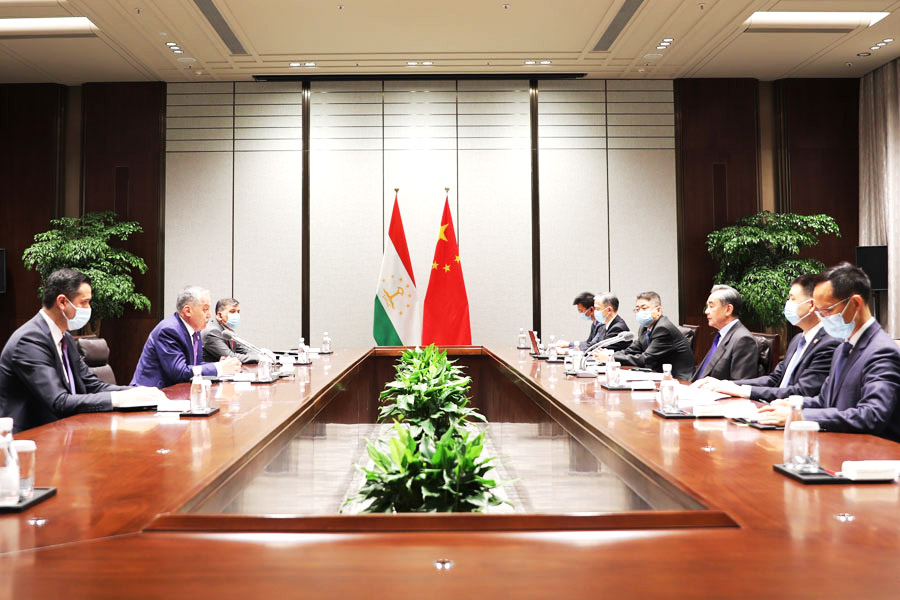 The meeting brought together: Chinese Minister of Foreign Affairs Wang Yi, Deputy Prime Minister and Foreign Minister of Kazakhstan Mukhtar Tleuberdi, Minister of Foreign Affairs of Kyrgyzstan Ruslan Kazakbayev, Tajikistan’s Foreign Minister Sirojiddin Muhriddin, Deputy Prime Minister and Foreign Minister of Turkmenistan Rashid Meredov and Uzbekistan’s Foreign Minister Abdulaziz Kamilov.
Wang Yi said that “China and the Central Asian countries have constantly injected impetus into coordinated regional development and economic recovery, making concrete contributions to regional peace and development.” He noted that this year marks the 30th anniversary of the independence of the C5 countries. Moreover, he added that friendship and cooperation among these nations have developed over those years through actions such as the resolution of border issues as well as the Belt and Road Initiative (BRI).

Chinese Head of Foreign Affairs outlined joint efforts to fight against COVID-19 pandemic. He offered the representatives of Central Asian nations to implement a notification mechanism for serious outbreaks, consider offering a new batch of jabs as well as cooperate on development and joint production of vaccines.

Wang Yi said that China is willing to better synergize with the C5 countries in terms of financing, building pilot zones along the Silk Road in addition to improving the quality and scale of trade. Speaking of improving regional security, he called for cooperation in preventing transnational organized crime, control of drug trafficking and mutual support in protecting national sovereignty. Moreover, he called for opposing foreign interventions. With regard to Afghanistan, according to him, foreign troops should leave the country. Additionally, the Chinese side pledged to cooperate with the C5 countries in the matter of responding to climate change and protecting biodiversity.
Three joint statements were released during the meeting. The first one concerned further collaboration in response to the pandemic. The second one applied to greater local partnership and the introduction of sub-national cooperation mechanisms. The third one dealt with efforts for a peaceful reconciliation in Afghanistan.

Wang Yi indicated that it is necessary for Afghanistan’s neighboring countries, including Uzbekistan and Tajikistan, to coordinate their positions, speak with one voice and fully support the peace process in Afghanistan. In addition, according to a spokesperson of the Chinese Ministry of Foreign Affairs Hua Chunyinga, a memorandum establishing a mechanism for meetings of C+C5 foreign ministers was adopted.

The Chinese representative presented a vision for further cooperation with Central Asian countries. First of all, he focused on collaboration in the fight against the pandemic, further, the development of the BRI, more frequent meetings of administration officials of different ranks as well as talks on the future of Afghanistan.

Central Asia is where two superpowers, China and Russia, clash with each other. Moscow considers this territory to be within its sphere of influence and it is politically and militarily. On the other hand, China is focusing on trade and investment expansion among the C5 countries. According to the China Global Investment Tracker (CGIT), the value of China’s investment in Central Asia was over $55 billion between 2005 and 2020. The nations of this region are a point of contention between Moscow and Beijing, although the Chinese side tries not to expose itself to the Kremlin, knowing how significant they are to the Russian Federation. The US is also trying to maintain good relations with the C5 countries. In April, a meeting between representatives of the C5 states and the US Secretary of State Antony Blinken took place. This highlights the fact that the rivalry among the superpowers over the countries of the region is ongoing.

The matter of Afghanistan is likewise interesting since Beijing advocates the withdrawal of all foreign forces from that country. Moreover, China is seriously concerned that US military planners are seeking options to base forces and equipment in Central Asia after leaving Afghanistan. Uzbekistan and Tajikistan would be preferred. Consequently, during the conference, representatives of Uzbekistan and Tajikistan were urged to consult such matters with Beijing.