China Holds the Presidency of the UN Security Council

China assumed the presidency of the United Nations Security Council (UNSC) in May. During a press conference, Ambassador Zhang Jun, China’s Permanent Representative to the UN, outlined plans for the People’s Republic of China’s (PRC) activities at the UNSC. Additionally, the General Secretary of the Chinese Communist Party (CCP) talked with UN Secretary-General António Guterres. 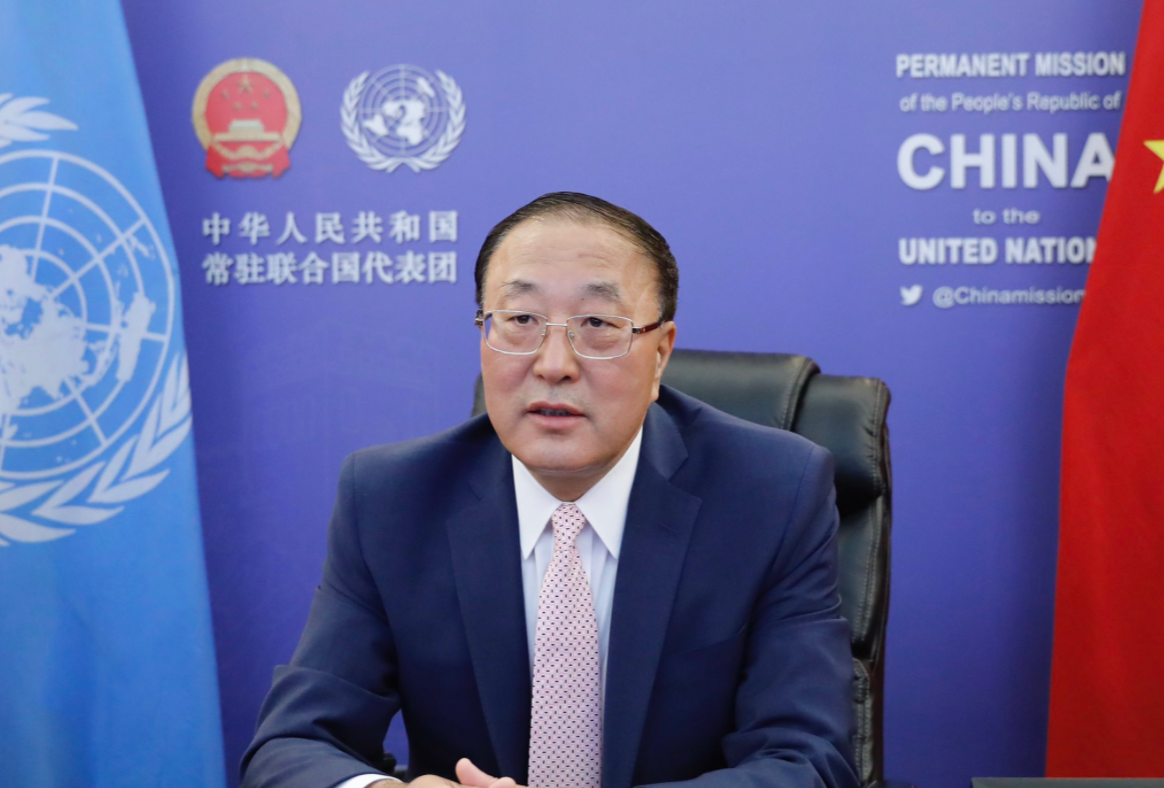 On May 3, Ambassador Zhang Jun, China’s Permanent Representative to the UN, held a press conference on China’s presidency of the UNSC. “The world today is full of challenges. As the core of the international collective security mechanism, the Security Council has the primary responsibility of maintaining peace and security,” he said.

Among the priorities, upholding and practicing multilateralism were highlighted. Within its framework, a high-level briefing entitled “Maintenance of International Peace and Security: Upholding Multilateralism and the United Nations-centered International System” would be organized and chaired by Chinese Minister of Foreign Affairs Wang Yi.

Further matters included promoting solidarity and cooperation to fight against the pandemic as well as restoring development in conflict areas. According to Ambassador Zhang Jun, conflicts in Africa constitute more than half of the issues on the agenda of the UNSC and 70% of the peace and security matters, in accordance with the Chapter VII of the UN Charter. Additionally, China intends to hold a debate on the subject of establishing peace in Africa and its reconstruction.

More than 20 meetings concerning locations where conflicts are ongoing, such as Bosnia and Herzegovina, Syria, the Middle East, Yemen, Iraq, Somalia, Sudan, among others, have been announced. These events are also expected to address the matter of protecting civilians during armed conflicts. China would call for an open debate on UN peacekeeping operations. A meeting devoted to the impact of new technologies on international peace and security would be held at the initiative of the PRC, as the Ambassador stressed, for the first time in the history of the UNSC.

Ambassador Zhang Jun mentioned the 50th anniversary of the restoration of all rights for the PRC in the UN and the reaffirmation of the One-China policy. He praised the PRC for meeting its financial commitments, reducing poverty, promoting and protecting human rights as well as global climate cooperation. According to the Ambassador, the UNSC is monitoring the situation in Myanmar and taking appropriate actions. Myanmar was not listed among the topics to be discussed by the UNSC in May.

Xi Jinping, General Secretary of the CCP, held a telephone conversation with UN Secretary-General António Guterres on May 6. Xi pointed out that the pursuit of multilateralism is inherently connected to the UN and that countries should refrain from unilateral interests and hegemonism. He added that China has provided help in terms of vaccines to more than 80 developing nations and exported jabs to more than 50 states. Xi asserted promoting of South-South cooperation and combating climate change.

China is attempting to be an active member of the UNSC. It is the second largest contributor to peacekeeping missions support and UN membership dues. The People’s Republic of China is also sending the most troops on peacekeeping operations among the permanent members of the UNSC (over 40,000 troops on 25 missions). Within the month-long presidency of the UNSC, the following priorities of the PRC could be identified: helping developing countries (mainly Africa), fighting against the pandemic, resolving conflicts in Africa and the Middle East as well as supporting multilateralism. For a long time, the PRC has been constructing an image of a country that supports poorer states and is open to trade. The failure to include the Myanmar issue on the agenda is a sign of support for the military junta. The involvement of Xi Jinping and Wang Yi indicates that increased activity of China during this presidency is crucial for the leadership of the CCP. Thanks to it, an image of a vigorous country that is coping well in the international sphere, just like other superpowers, would be created.