China in the Estonian Intelligence report

The fifth edition of the annual report of the Estonian Foreign Intelligence Service called “International Security And Estonia” has been published in February 2020. As expected, a major part of the document concerns the Russian Federation which is still posing the biggest threat to Estonia’s security. China was mentioned as the second biggest danger and was described in the last chapters of the report. 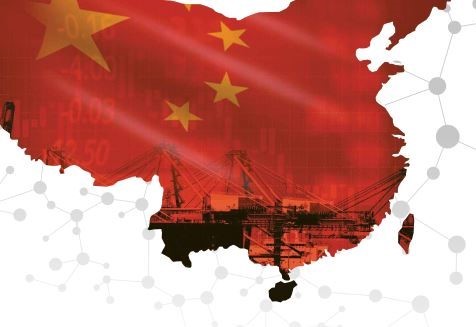 The word “China” is mentioned almost 100 times in the 79-page report. Only in the introduction, the Director General of the Estonian Foreign Intelligence Service writes that “foreign policy of China has become more active and its administration wants to establish a new global order which would serve its interest”. He adds that “the potential use of the Chinese foreign investments for political purposes and possible development of the technological dependence is a growing threat to the Estonian security”.

The authors point out that the concept of “peaceful development” advised by the previous President of China Hu Jintao is being less and less used by the Chinese authorities and is being replaced by the concept of “new global order” and “community of common destiny” possibly led by the Communist Party of China (CPC). Through lobbyists’ actions, they are trying to undermine the unity of the West. Attention was brought to the previous year when many propagandist articles were written by the Chinese embassy and published by the local media.

It was spotted that the role of Chinese embassies is increasing and “Chinese ambassadors and other diplomatic agents are more frequently commenting on touchy subjects in the media of the host country or even publicly presenting recommendations concerning the relationship of these countries with China”, just as in the case of Lithuania and Sweden.

Moreover, Estonian intelligence warns against potential investments in the New Silk Road, control of supply chains by Beijing, production dependence and Chinese subsidies. It also questions the use of Chinese technology such as 5G network, artificial intelligence, intelligent cities, which despite better price may be less safe in the long run.

China’s response is worth mentioning as well. Two days after the publication of the report, the Chinese embassy in Estonia published a statement made by its spokesperson with regard to the document. It begins with a reminder that China is one of the first states which recognised the independence of Estonia. It was stressed that the pragmatic cooperation was beneficial for both countries. The part about China was criticised for being “characterised by ignorance, prejudices, and cold war attitude”. It was added that it was unprofessional, irresponsible and misleading for the Estonian public opinion and was bad for bilateral relations. Estonian foreign intelligence service was asked to “correct improper statements in accordance with facts and truth”. Chinese embassy advised against publishing false reports which cause harm both internally and externally. Urmas Reinsalu, Minister of Foreign Affairs of Estonia, rejected the demand to correct the report. According to him, the assessment of the Chinese activities included in the document is based on proper knowledge of the employees. However, it does not translate to resignation from the development of bilateral relations.

Global trends in threats spotted by the Estonian intelligence are similar as in other states of our region. Russia as a historical assailant is a power which is trying to achieve its strategic goals by hybrid operations. China appears as another player which is trying to reach goals, especially economic and technological, step by step through lobbying practices as well as economic and technological dependence. Ruthless criticism of the report by the Chinese embassy in Estonia is consistent with the CPC’s strategy – the defence of the propagandist message of the party presenting China as a peaceful state encouraging to cooperation based on the win-win rule. Sweden (when in December 2019 Swedish PEN Club gave the Tucholsky prize to Gui Minhai for activities for free speech) and the Czech Republic (when in January 2020 Zdeněk Hřib, Mayor of Prague, invited Ko Wen-je, Mayor of Taipei) were criticised in a similar way.