The annual conference in Munich generated tensions between the USA and China. American representatives tried to present communist China as the main threat to global security while the Chinese Minister of Foreign Affairs promoted a completely different vision of his state. The conference in Munich, which took place on February 14-16, 2020, is the biggest event of this type devoted to global security issues. This year, 30 presidents and prime ministers, as well as 90 ministers, participated in the event. 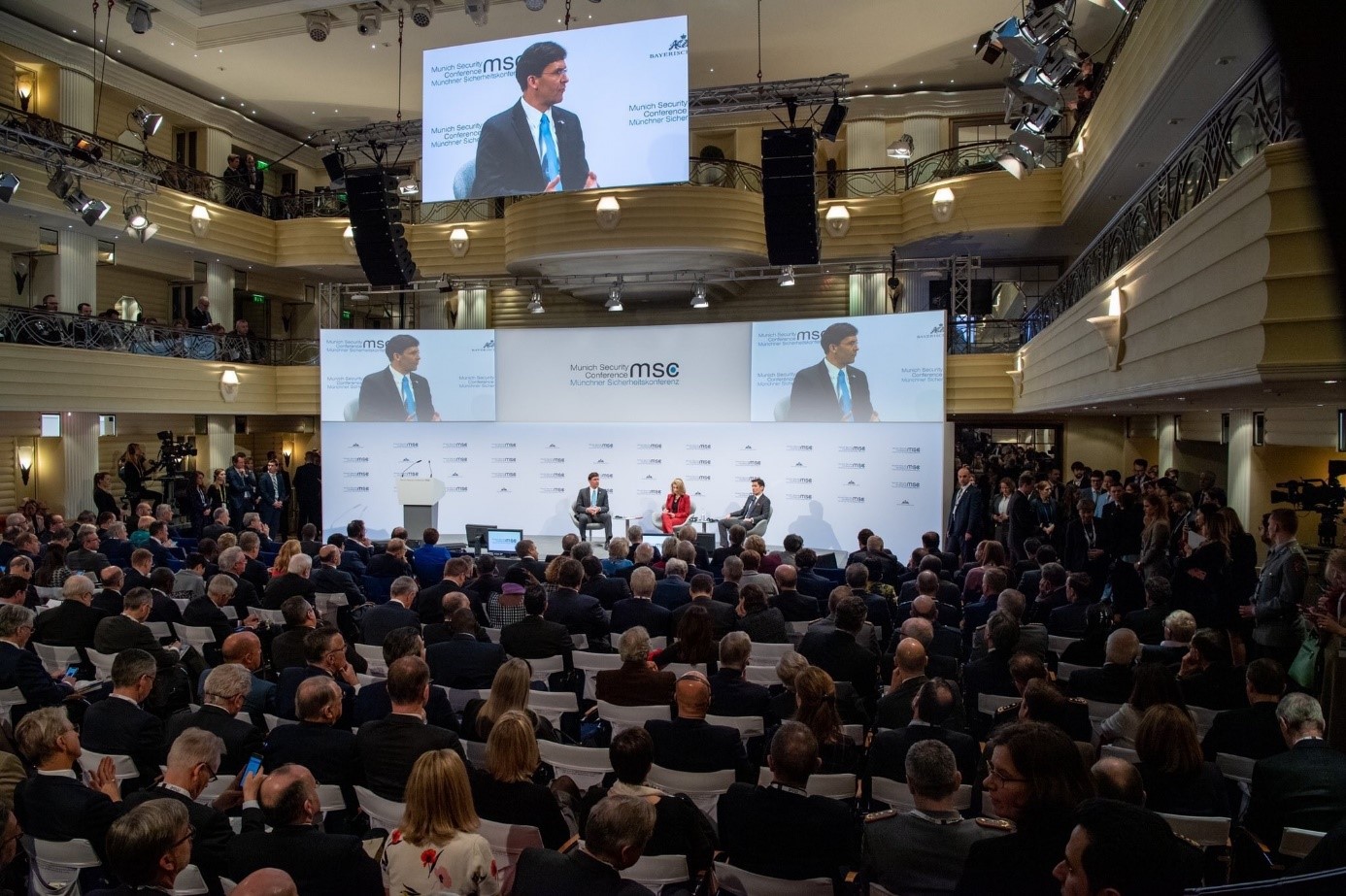 In his speech, Pentagon Chief Mark Esper stated that the People’s Republic of China was the biggest challenge for the USA. Led by President Xi Jinping, China is heading in the wrong direction which is visible in the growing scale of repressions and predatory trade practices as well as more and more aggressive military attitude which is reflected worldwide. According to Esper, the international community has to face a challenge caused by Chinese manipulations of the global order and should be deeply concerned about the use of the most modern technologies by CPC to spy and victimise Muslim minorities, journalists and activists. In his opinion, China is doing harm to states’ economies in the long run and through technologies such as 5G may dominate global markets. Pentagon Chief underlined that he did not aim to confront China but he wanted this state to obey international rules and principles.

Secretary of State Mike Pompeo in his speech presented a list of states which raise concerns of the USA and NATO. Except for Russia and Iran, the list included China whose aggressive attitude is considered as a rising threat. Pompeo pointed out that these countries want to become empires and destabilise the international system based on principles. According to him, China uses cyberspace to exert impact on the others and the Chinese Huawei company is a “Trojan horse” enabling spying on electronic communication. He explicitly pointed out that China had unsettled disputes over sea borders with most of its neighbours and was trying to remain silent about the issues of Taiwan and Hong Kong. He also warned against unfair practices of Beijing in the struggle for the Arctic resources.

Minister of Foreign Affairs of PRC Wang Yi also participated in the Conference in Munich. He made a speech and took part in a short Q&A session. Minister presented the participants with the current situation of the struggle with the coronavirus. He assured that strict measures implemented were effective and China was bound to win the battle with the epidemic. Wang Yi rejected the USA’s criticism and blamed Washington for participation in a “smear campaign” against Beijing. According to him, Esper’s comments about Beijing’s intentions “were not based on facts” and “all charges against China are lies”. Further, he said that the primary cause of the problems was the fact that the USA did not want to allow fast development and revival of China and accept the success of a socialist country. In his opinion, the Chinese struggle for modernisation is an unavoidable trend in history and will not be stopped by any world power. The West has to abandon the concept of superiority of its civilisation as well as prejudices and concerns about China – Wang Yi added. Trying to present China as a peaceful player, Wang Yi referred to the “Chinese cultural genes” which prevent this country from moving towards hegemony. In his opinion, great nations should protect global peace and stability and aim to enhance multilateralism, win-win cooperation and respect for international norms.

The conference in Munich was another battlefield for the USA and China’s visions, perceptions of threats, and, above all, defence of their primary interests. Americans reminded that the power and influences of communist China would threaten freedom and security in the world. In turn, representatives of Beijing kept repeating that for them mutual cooperation based on multilateralism and peaceful coexistence is the most important issue.