After the upcoming presidential elections in Russia and the reelection of Vladimir Putin, one may expect big personal changes among highest-ranking officials. Key players of the Russian ruling elite have already been fighting for influence, new positions and sources of income. Judging by the form of the campaign, the main winner will probably be Sergey Chemezov, CEO of Rostec State Corporation. His people seem to play important roles in the campaign; in addition, last year, Chemezov appeared to be very effective in all kinds of political games. 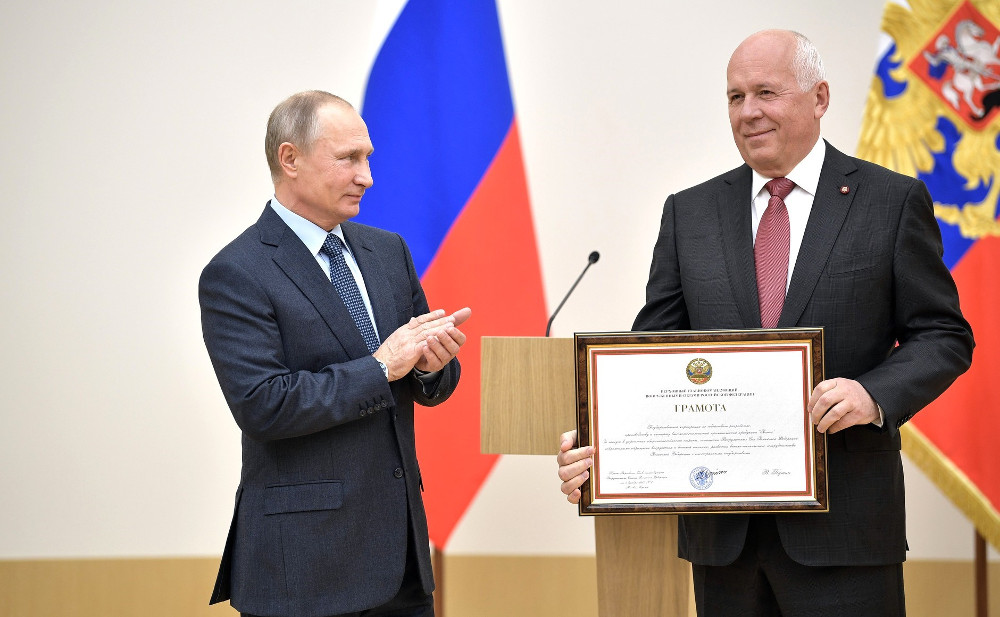 Rostec chief executive, who served together with Putin in the KGB in Dresden, is said to be associated with such people as the official co-chairman of Putin’s presidential campaign team and the actual head of the campaign. Sergei Kogogin is one of the three heads of Putin’s campaign team. He is a long-term head of KamAZ (the state-controlled truck manufacturer); Rostec owns 49,9% of its shares whereas another 12% belongs to Vitaliy Machitski, a friend of Chemezov. However, it is current head of Putin’s administration, Anton Vaino, who is actually in charge of his election campaign (according to some unofficial information). Due to the model adopted, that is the one of a “non-partisan candidate” (or even “people’s” one, as some tend to say), Putin’s campaign headquarters should not be composed of high-ranking officials.

Since his nomination for the head of the presidential administration in August 2016 (it was reportedly Chemezov himself who had lobbied for this designation), Vaino has been very active and has been gaining his political capital. His father Eduard is an old friend of Sergey Chemezov and holds the position of the vice president for international relations and cooperation with shareholders of the company AVTOVAZ (a one-third of its shares is owned by Rostec Corporation). When he was appointed head of the Kremlin administration, Vaino had already been a member of the Supervisory Board of Rostec Corporation. Vaino is even expected to become a new prime minister after the presidential election. In April 2017, we informed that Chemezov and the Rotenberg brothers had been lobbying for Vaino’s candidacy for this position.

Chemezov has gained considerable influence in the services as well in the regional administration. He became active in the second half of 2017 when he achieved a number of successes (we have discussed this issue in Russia Monitor). He constitutes one of the three strongest figures in the FSB, next to the FSB director Alexander Bortnikov and the head of Rosneft Igor Sechin, which seems to be corroborated by the events of July last year when a group of FSB officers tried to force taking bribes in one of the companies subordinate to Rostec. Eventually, the situation ended up with their detention. In October 2017, with the use of the FSB, Chemezov forced the resignation of the Deputy Interior Minister Alexander Makhonov. It was all about corruption allegations against his subordinate officials who had been in conflict with Chemezov.

CEO of Rostec Corporation has been responsible for appointing many officials. His circle of associates includes the Minister of Industry and Trade of the Russian Federation Denis Manturov (he is a member of the Supervisory Board of Rostec) and a group of governors appointed in recent years (referred as so-called young technocrats). Among them, there are such officials as the governor of Sevastopol Oblast Dmitry Ovsyannikov, the governor of Kaliningrad Oblast Anton Alikhanov, acting governor of Nizhny Novgorod Oblast Gleb Nikitin and acting governor of Samara Oblast Dmitry Azarov.  In September 2017, the latter replaced Nikolay Merkushkin who was in conflict with Chemezov.

In addition, CEO of Rostec Corporation remains in friendly relations with Viktor Zolotov (the current Director of the National Guard of Russia) and Yury Tchayka (Prosecutor General). Recently, they have clearly strengthened their positions and influence. It is possible that CEO of Rostec will cooperate with them, basing on so-called young technocrats (including Vaino), in order to gain even more influence in the Putin regime.