The fact that Laura Codruța Kövesi, the former head of Romania’s anti-corruption agency (DNA) intends to run for the position of the Chief Prosecutor of the European Public Prosecutor’s Office (EPPO) has been the subject of debate for a few weeks now. As it turns out, Kövesi has recently received support from the European People’s Party (EPP), the largest parliamentary faction in the European Parliament. 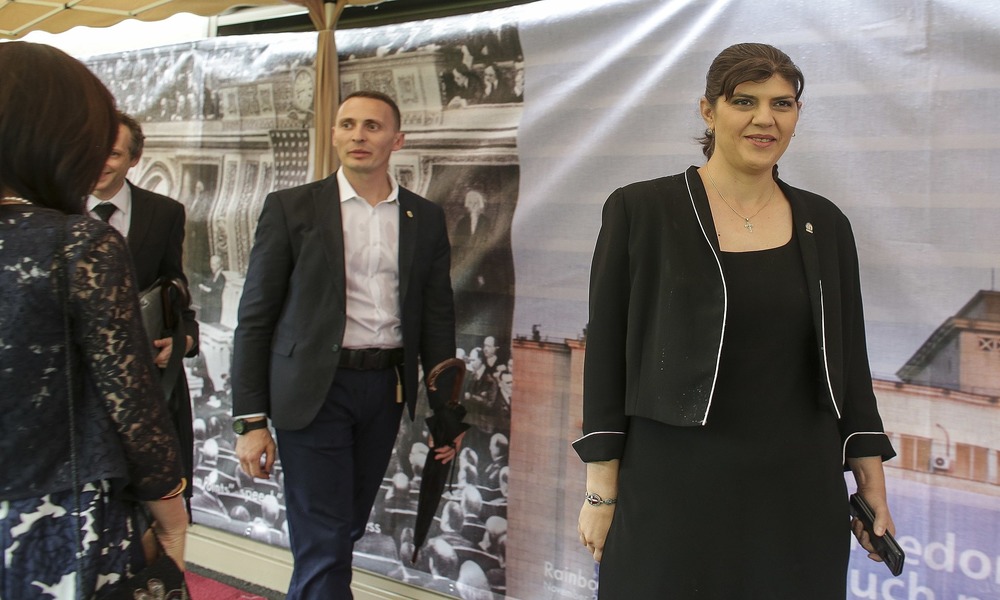 When asked about his view on Kövesi’s candidature for the position of the European Chief Prosecutor by a reporter of the HotNews.ro portal, Esteban González Pons, the Vice-Chairman of the European People’s Party (EPP), replied that the party supports her.
“To respond briefly – we fully support her. We believe that politics must stay away from the election of the European Chief Prosecutor. That is why our support is based entirely on her competencies,” EPP Vice-Chairman Esteban González Pons said.

It is clear by now that the former Head of the National Anti-Corruption Directorate (Romanian: Direcţia Naţională Anticorupţie, DNA) will have to compete for the new European position against two very strong opponents from EU powerhouses, France and Germany. On the basis of an interview with an anonymous official, the HotNews.ro portal informs that the Romanian candidate may be supported by the Alliance of European Conservatives and Reformists (AECR).

The National Liberal Party (PNL) belongs to the EPP faction in the European Parliament. Romania’s President Klaus Iohannis, the former member of the PNL, is known for expressing his support for Laura Kövesi. As of now, there is no point in looking for any significant Romanian party in the AECR. The ruling Social Democratic Party (PSD) is associated with the Progressive Alliance of Socialists and Democrats (S&D), the second largest political group in the European Parliament just after the EPP.

Kövesi’s candidature may cause some political friction in the European arena. Austrian Justice Minister Josef Moser has already declared his support for the Romanian candidate. However, his Romanian counterpart Tudorel Toader said that he would do anything in his power to block Kövesi’s candidature for the position of the European Chief Prosecutor. It is worth noting that it was Toader who was largely responsible for Laura Kövesi’s dismissal from the DNA, which proves that he does not make empty promises.

Jean-Francois Bohnert from France and Andreas Ritter from Germany are Kövesi’s main competition. Both are highly regarded for their judicial skills and professional experience, nonetheless, many commentators say that Laura Kövesi is the favourite for the position of the European Chief Prosecutor.

Laura Kövesi, born in 1973, held the position of the Prosecutor General of Romania from 2006 to 2012. She gained public recognition after 2013 when she became the Head of the DNA, leading the fight against corruption. Kövesi lost her position in July 2018 at the initiative of Romania’s Justice Minister Tudorel Toader.