North Macedonia, which is aspiring to join the European Union (EU), had to face the challenges of complicated relations with its neighbors, especially Greece and Bulgaria. These countries have difficulty in recognizing the statehood or ethnicity of their neighbor in the north and west respectively. Athens had a dispute with Skopje over the name of the country, which Greece believed to be related to a Hellenistic heritage. The Prespa agreement between Athens and Skopje, signed in 2017, regulated this issue by creating a compromise name “North Macedonia” for the country so far officially called “The Former Yugoslav Republic of Macedonia” (FYROM). This settlement posed a challenge to both Macedonian and Greek politicians, as they met with strong opposition from many groups in their societies, whilst the conditionality of adopting this agreement was directly linked to the start of EU accession negotiations by Skopje. 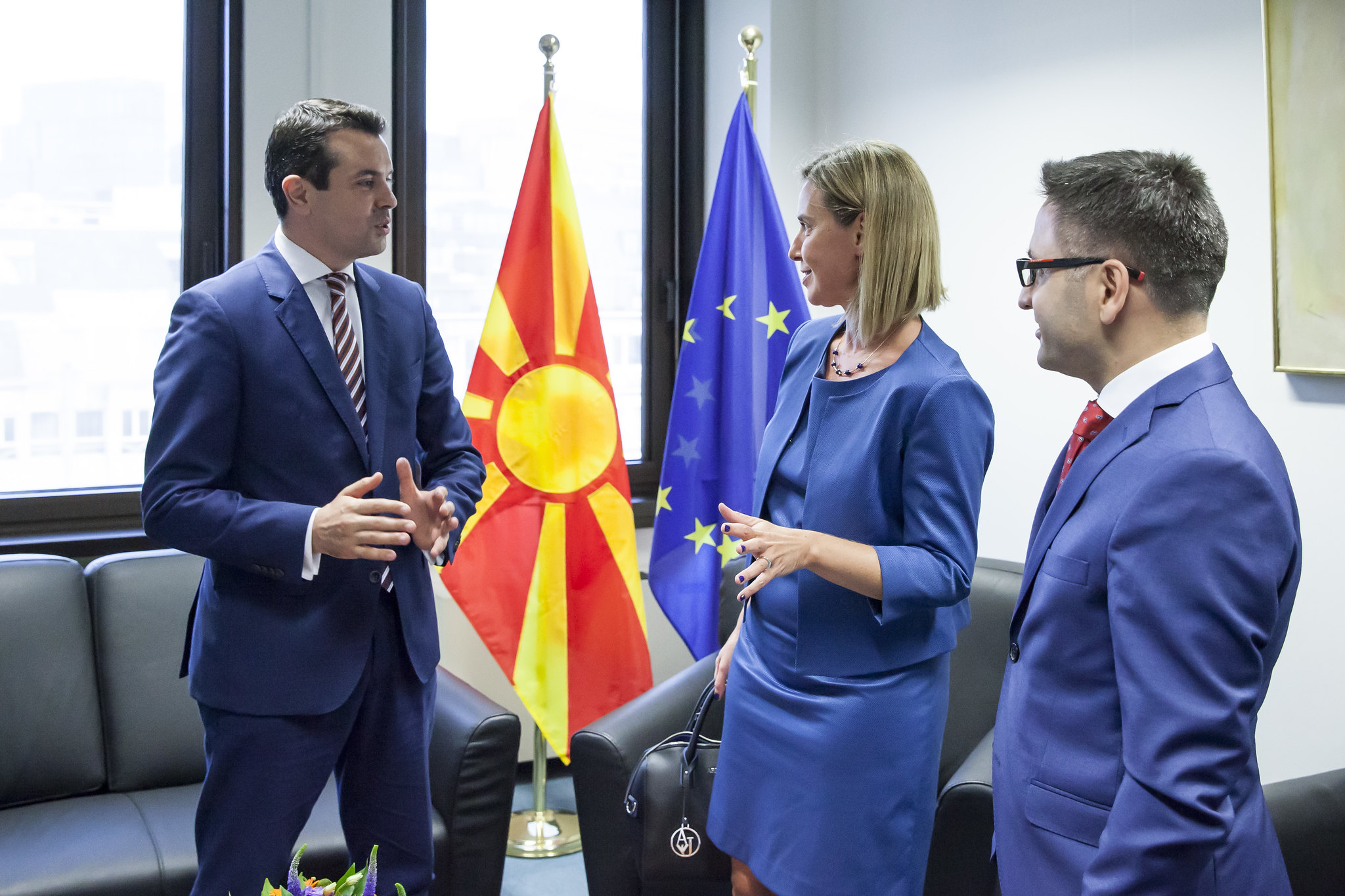 In the historical context, the actions of the government in Sofia towards North Macedonia can be considered on two levels. The first one concerns the international sphere and Bulgaria’s activities in the context of North Macedonia’s integration with NATO and the European Union. After the declaration of independence by (at that time still) the Republic of Macedonia, Bulgaria had no objections to the name of the new state. As a result of the complicated situation, caused by internal conflicts with the Albanian minority, Sofia feared political instability on the territory of its western neighbor. Consequently, it supported the government in Skopje. However, as a result of Athens’ veto on North Macedonia’s integration into NATO at the 2008 Bucharest Summit, Sofia changed its strategy towards the government in Skopje. According to the new foreign policy guidelines, Sofia revoked its unconditional support for the project of North Macedonia’s integration with NATO and the European Union. This was due to fears of political tensions with Athens within NATO and the EU. However, this political situation enabled Sofia to enforce its claims against the government in Skopje regarding historical policy.

The second level of this conflict concerns the domestic conditions in both countries. In North Macedonia, the settlement with Greece on the issue of the official name of the state met with disagreement from the opposition circles against the left-wing government, especially the VMRO-DPMNE party, representing anti-Greek and anti-Bulgarian attitudes towards attempts to communicate with the neighbors. This party was criticized for referring to the legacy of Alexander the Great as an element of building the national identity of North Macedonia as well as for attributing Bulgarian heroes such as Todor Aleksandrov and Ivan Mihailov Gavrilov to Macedonian historical heritage.

In Bulgaria, on the other hand, the dispute with North Macedonia, especially in recent months, is aimed at some kind of consolidation towards the unpopular government of Boyko Borisov, who will seek re-election in early 2021. The resignation of the government in Sofia from its continued course of conditionality before the December intergovernmental conference, which begins negotiations with North Macedonia, can be seen by the opposition as a betrayal of Bulgaria’s interests and used against the government in the election campaign.

North Macedonia, a NATO member since 2020, is an important element of international security in the Western Balkans. From the Euro-Atlantic perspective, North Macedonia is located in the vital region of the Black Sea and the Adriatic Sea, which is the subject of energy investments, therefore a political instability in this country is a threat to security in Central and Eastern Europe and, more broadly, the eastern flank of NATO. The slowdown in European integration in the Western Balkans will increase the activity of the Russian Federation and the People’s Republic of China in a region which, due to its strategic location between Western Europe and the widely understood Middle East, may lead to a renewal of the ethnic conflicts of the 1990s. Although Bulgaria was not militarily involved in the conflict in the former Yugoslavia, the current increase in nationalism among the political elites in Skopje and Sofia may lead to a future loss of NATO’s regional influence in case of tensions between its members.

It seems that the only way to stabilize the situation in the region is to integrate the countries of the Western Balkans into the European Union. Croatia, which was the first country in the Western Balkans to join the EU, also encountered some difficulties in relations with its neighbors (Italy and Slovenia), which likewise enforced the disputed issues with Zagreb, threatening to use the veto power in the accession negotiations. It can therefore be assumed that the conflict between Bulgaria and North Macedonia persists only in the context of European integration of North Macedonia.

Any imbalance between the peoples in the Western Balkans is dangerous for the stability of the region. Taking into account the complex ethnic issues in North Macedonia, which is inhabited by a large Albanian community (about 25% of the total population of two million people in North Macedonia), a conflict may arise. It would be related to the escalation of the dispute between North Macedonia and Bulgaria and the growth of chauvinistic attitudes. In the recent history of North Macedonia, there have already been conflicts between the Albanian and Macedonian communities in the context of the war in Kosovo. The increase in nationalistic attitudes among the Macedonian community may also lead to some conflicts with the Albanians living in the country.

In conclusion, the increased tensions between Bulgaria and North Macedonia and the possibility of a veto on the opening of formal negotiations between Skopje and the EU may lead North Macedonia to “fall out” of the European integration process. The actions taken so far by this country in dialogue with Greece as well as the first veto of France and the Netherlands at the beginning of negotiations with the European Union, have led to the discouragement of the North Macedonian society from European integration. It can be assumed that blocking the accession negotiations by Bulgaria during the December conference will lead to the collapse of the whole process of European integration whilst Skopje might consider alternative alliances with China, Russia or Turkey. Such a solution would pose a threat to constructing regional alliances within NATO. An example of such processes may be a change in Turkey’s international policy, which gave up European integration and instead built alliances, for instance with Russia, questioning the solidarity of this country with NATO structures.

Author: Jakub Lachert
Jakub Lachert is a PhD candidate at the Faculty of Political Sciences and International Studies at the University of Warsaw. His research interests include: European Union neighborhood policy, including, in particular, Eastern policy, Eastern Partnership, Western Balkans in the process of integration with the EU.