In 2019, the British authorities will strengthen their contingent in Estonia and carry out military exercises in this Baltic country with the participation of all types of armed forces. London claims that Russia is the main military threat not only to NATO’s eastern flank, but also to the United Kingdom itself. Therefore, increasing the military presence near Russia’s borders is part of a general military strategy of the British Armed Forces towards threats posed by Moscow. For a country as little as Estonia, this also means strengthening its security considerably. 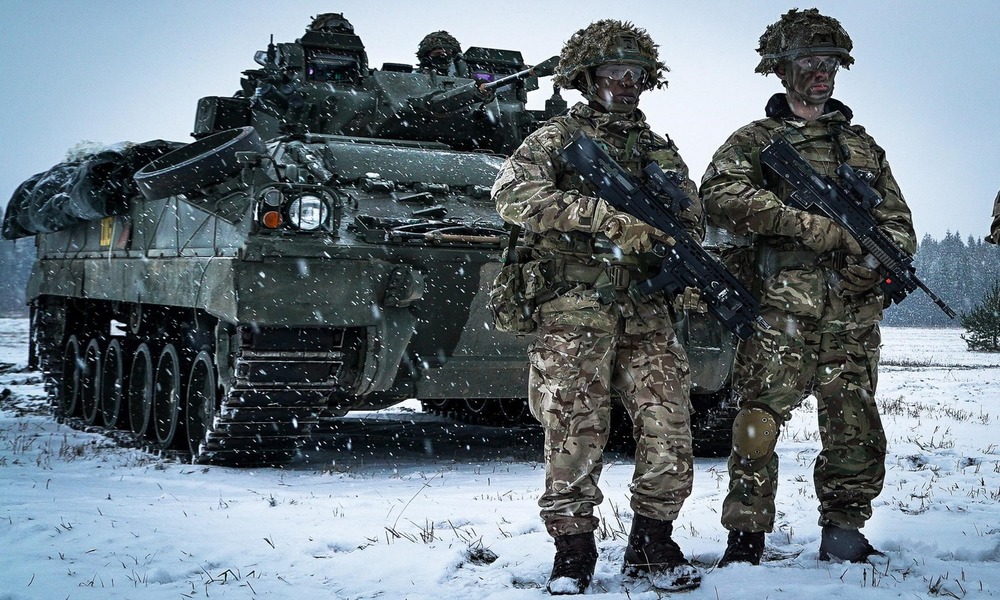 The United Kingdom is the leading country in NATO’s multinational battalion battle group stationed in Estonia. In summer 2019, the UK is to carry out large military exercises in Estonia with the participation of its land forces, navy and air forces. London also intends to increase the amount of heavy artillery of the NATO multinational battalion battle group in Estonia by, for example, deploying more tanks to this Baltic state as part of the next rotation of its contingent.

The UK-led Joint Expeditionary Force (JEF) will for the first time ever take part in the planned military exercises in Estonia. Commander Gary Brooks, the Defence Attaché of the United Kingdom accredited to Estonia, reported that the exercises are to take place around July 2019. For the exercises, London intends to deploy Wildcat multi-purpose helicopters and Apache attack helicopters to its Baltic ally. Colonel Giles Harris, the Chief of the NATO contingent in Estonia, assured that his unit will also take part in the exercises. Moreover, the British are to take the lead of NATO’s Baltic Air Policing mission next year, which means that Eurofighter Typhoon fighter planes and the Royal Air Force ground personnel will be stationed at Ämari Air Base in Estonia from April to August 2019.

The main base of the NATO battalion in Estonia is the town of Tapa in the north-western part of the country, about 150 km from the Russian border. Over one thousand soldiers of the Alliance, mainly British (800) and Danish (200), are stationed there. As part of the current rotation, the 1st Battalion of the Yorkshire Regiment is the core of the British contingent. As regards the next rotation of the British forces in Estonia, the number of tanks will be doubled: from 10 to 20. In November 2018, Belgium announced that it is going to strengthen NATO’s eastern flank with its own armed forces. Therefore, about 200 soldiers from the Chasseurs Ardennais Battalion, 35 fighting vehicles, Spike anti-tank guided missiles and mortars will be deployed to Estonia in 2019 as part of NATO’s Enhanced Forward Presence.

At the 2016 Warsaw Summit, NATO decided to strengthen its eastern flank by deploying its forces to Poland and three Baltic states (Lithuania, Latvia and Estonia), thus creating four multinational battalion battle groups. In each group, there is a lead state which is responsible for deploying the majority of troops and commanding the entire unit. As a result, the United Kingdom has taken the lead in Estonia, the United States – in Poland, Germany – in Lithuania and Canada – in Latvia.