Bilateral and Multilateral Cooperation between Hungary and Poland – interview with the Hungarian Ambassador to the Republic of Poland, Mrs. Orsolya Zsuzsanna Kovács

On May 12, 2021, the Warsaw Institute think-tank, together with the The Warsaw Institute Review quarterly, had the honor of hosting another online event from the Diplomacy Talks Series. The title of the discussion, moderated by the president of the Warsaw Institute, Tomasz Kijewski, was “Bilateral and multilateral cooperation between Hungary and Poland”. Ambassador Orsolya Zsuzsanna Kovács presented her personal ties with Poland as well as historical and contemporary Polish-Hungarian cooperation.

At the beginning of the conversation, the Ambassador told about her personal ties with Warsaw. István Kovács – our guest’s father – was strongly associated with Poland, incl. through cooperation with the Polish opposition from the times of the People’s Republic of Poland, but also due to the profession of Consul General in Krakow from 1994 to 1995 and from 1999 to 2003. In the latter part of the conversation, the Ambassador mentioned the historical trait of Polish-Hungarian cooperation and initiatives enabling the multifaceted development of the current relationship. Both investments and infrastructure programs, such as high-speed rail under the Warsaw-Budapest V4 initiative, as well as scientific and technological ones, were mentioned.

Ambassador Kovács also described the cultural dimension of bilateral cooperation. Between 2016 and 2017, the Year of Hungarian Culture was held in Poland in over 70 Polish cities, incl. in Gdańsk or Szczecin, ie. regions geographically far away from Hungary, not as close as, for example, Kraków, where understanding of Hungary and its affairs is probably larger.
Economic integration was also discussed. One of the above-mentioned elements of cooperation is the Polish-Hungarian Chamber of Commerce established in 2020 https://www.plhucc.com/. Warsaw Institute’s president, Tomasz Kijewski, added that Hungary and Poland have one of the lowest unemployment rates in the entire European Union, and that the prospects for social and economic development in these countries are extremely promising.

One of the last topics discussed were the security and defense challenges of the V4 NATO countries. Madam Ambassador emphasized that Hungary is a permanent NATO ally and that this cooperation is absolutely unbreakable.

The last part of the interview concerned the Visegrad Group (V4) and the Three Seas initiative. Within the V4, Poland and Hungary cooperate closely, bilaterally with each other and multilaterally with the Czechs and Slovaks. V4 is a political initiative that was born thanks to a similar view of the participating Member States on many issues, stated the Ambassador. In terms of the V4 development perspective, it is difficult to determine the direction, for everything depends on the events in Europe, activities within the European Union, and thus, inter alia, migration and demographic changes in general.

Ambassador Kovács emphasized the importance of V4 in financing various projects in our part of Europe, including student exchanges. She also drew attention to the importance of the Visegrad Fund, which has financed many important social and cultural initiatives over the past 20 years.

The Three Seas Initiative, in turn, is a mainly economic and infrastructural initiative, complementary to the V4 and, though broader, as it includes as many as 12 countries connecting the Baltic, Black and Adriatic Seas. 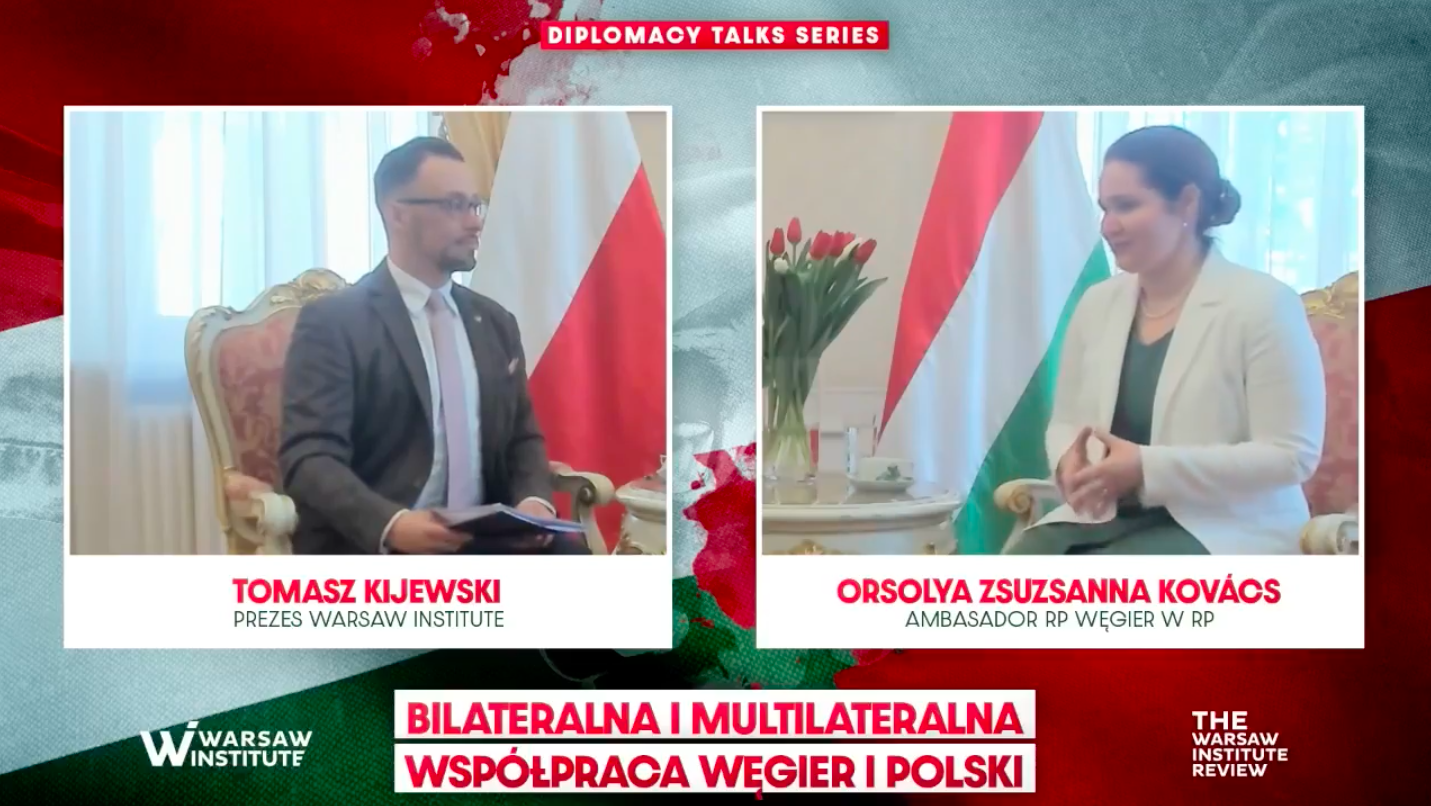