On Friday, February 25, US President Joe Biden officially introduced his nominee for Supreme Court justice. Ketanji Brown Jackson, 51, is expected to replace retiring Justice Stephen G. Breyer. The choice is of exceptional importance as Jackson will be the first Black woman who will take up the post at America’s highest judicial body. 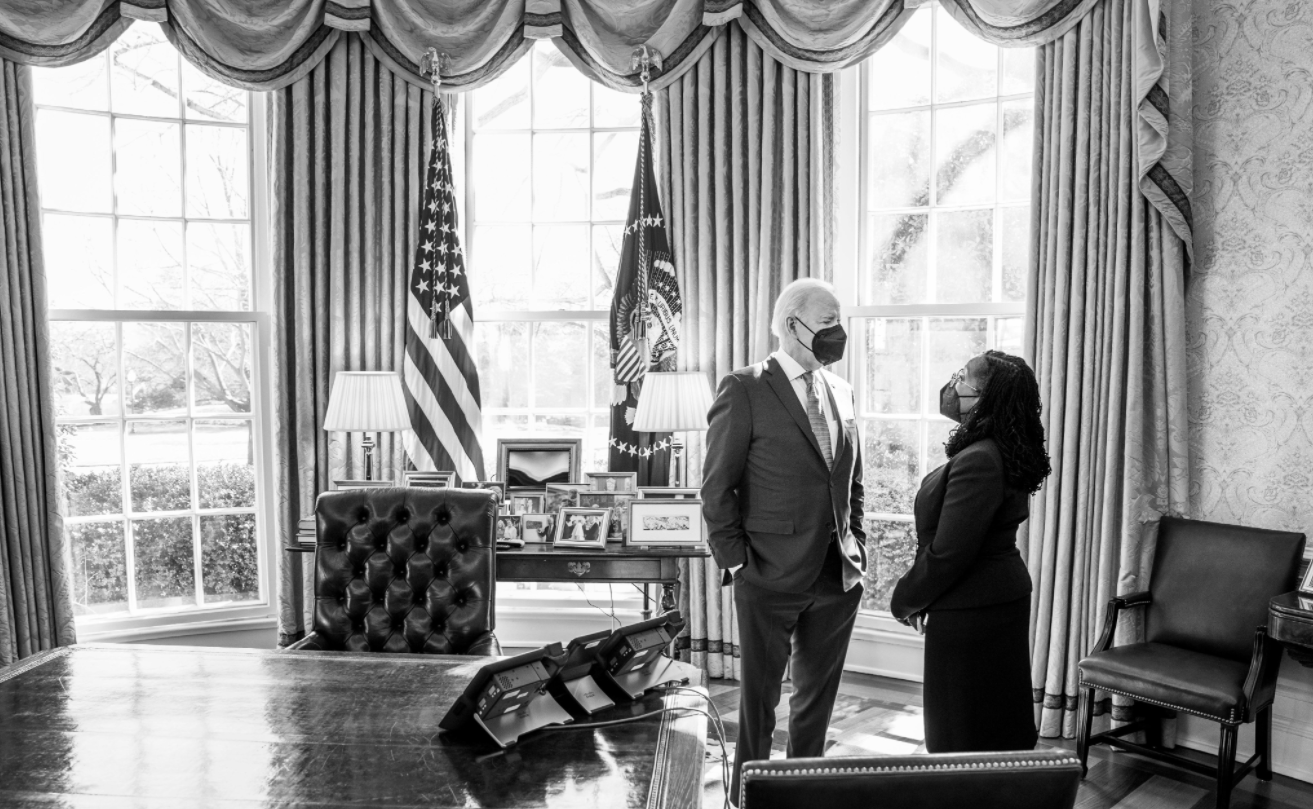 The month-long search for a suitable candidate to replace Justice Breyer was filled with controversies. According to the accusations against Joe Biden’s administration, Breyer’s resignation from the lifetime appointment and the search for a Black woman to replace him were purely political.

Firstly, this may be an attempt to change the current 6-3 conservative majority of Supreme Court justices. Most probably, the Democratic Party leadership decided to replace Justice Breyer, 83, nominated to the Supreme Court by Bill Clinton in 1994, with an equally liberal, but 32 years younger, Ketanji Brown Jackson. This action aims to gradually shift the worldview balance of justices, which, in the long run, may prove crucial to Democratic Party’s legislative successes and potential contestation of bills that will be controversial among most Americans.

Secondly, a part of American public opinion, Republican Party politicians, as well as representatives of conservative media, accused Biden of exaggerated political correctness and setting not the competence and experience, but the color and gender of the candidate as the main selection criteria for the new justice. During the 2020 presidential campaign, President Biden promised that if he had the opportunity to nominate a new Supreme Court justice, he would nominate a Black woman. In April 2021, when Biden announced his first three nominees for judges of the Court of Appeals, all of them were Black women. Among them was also Ketanji Brown Jackson. Likewise, two more of the 10 appellate judges, which the current president appointed, were Black women. After swearing in the first Black woman of Asian descent, Kamala Harris, as vice president of the United States, the next “historic” step of the Biden administration was to appoint the first Black woman as a Supreme Court justice.

Political calculation may be apparent in Jackson’s case, but her appointment also suggests that Joe Biden administration’s wants to check whether such candidacy would be supported by the US Senate. Biden deliberately chose a liberal lawyer who gained Republican backing when she was nominated to the United States Court of Appeals for the District of Columbia Circuit last year. Consequently, he increased Jackson’s chances in the upcoming hearings. The process now moves to the 50-50 Senate, where the Democrats’ top priority is to keep all their votes supporting Ketanji Brown Jackson. That will be enough for the first Black woman to sit in the Supreme Court since Republicans eliminated the 60-vote rule for Supreme Court nominations in 2017.

Senator Mitt Romney called Biden’s nomination “historic,” and Senator Rob Portman said: “I don’t think this will be as partisan as we’ve seen in the past.” Senator Chuck Grassley (R-IA) assured on FOX News that Republicans will be “polite” during the Supreme Court nomination hearings.

While Republicans are ambivalent about the Supreme Court justice nominee, representatives and voters of the Democratic Party will certainly like Ketanji Brown Jackson. After all, she is the author of the famous 2019 legal opinion in which she, in strong words, cracked down on claims of then-President Donald Trump who refused to disclose details of his actions in Ukraine, which were the subject of his first impeachment trial. Jackson, graduate of Harvard College and Harvard Law School, has a similar educational path to all current Supreme Court justices, except for Amy Coney Barrett. Jackson spent much of her career on criminal law cases and public interest issues. Thus, it appears that apart from political correctness, which Biden is accused of by his political opponents, he nominated a person who is properly qualified to serve on the highest court in the United States. At the time of writing, Jackson is meeting with Senator Chuck Schumer (D-NY), majority leader of the US Senate. This is the first of several courtesy calls with senators ahead of Senate Judiciary Committee hearings. All indications are that the US Senate will approve the nomination of Ketanji Brown Jackson within the timeframe indicated by Dick Durbin.