Alone Against the Entire World

The 78th anniversary of the arrest of General Stefan Grot-Rowecki was commemorated in Poland on June 30, 2021. The history of this soldier, a warrior for freedom and independence of Poland, was inextricably linked with the fight against the enemies of the Fatherland during World War II. 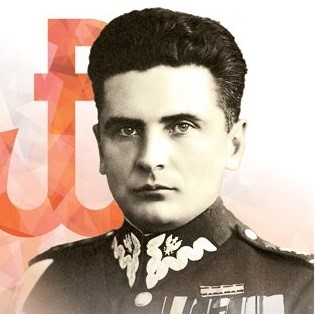 “I am the Home Army”

Stefan Grot-Rowecki, described by the Germans as “Third Reich’s public enemy number one,” was the chief architect of the Polish Underground State. He organized the ranks of the Home Army (Armia Krajowa, AK) and was its first commander. Moreover, he was the only one who could say “I am the Home Army. ”
On the initiative of Grot-Rowecki, the most important national conspiratorial organizations were united, which made it possible to create a uniform underground army. In 1941, upon the special order of General Sikorski, the Union of Armed Struggle (Związek Walki Zbrojnej, ZWZ) was recognized as part of the Polish Armed Forces. A year later, it was transformed into the renowned Home Army – Grot-Rowecki became its Commander-in-Chief. He was in charge of its Headquarters, (Komenda Główna) which included intelligence and communications units, the Bureau of Information and Propaganda, as well as the Directorate of Diversion. In total, the Home Army had up to 200,000 men (according to German intelligence).

Grot-Rowecki was well-respected by the Commander-in-Chief General Władysław Sikorski, but did not hesitate to argue with him. Stefan Grot-Rowecki had a strong character, which he proved by, among others, defending the Home Army against the accounts of officers sympathetic to the ideas of Marshal Piłsudski. He criticized, for instance, General Sikorski’s dismissal of the highest-ranking Polish commander of the time – General Kazimierz Sosnkowski, the former Chief of Staff of Józef Piłsudski’s 1st Brigade and Rowecki’s superior from the time of the Polish Legions’ battles .

The most wanted Pole

During the occupation, there was a special unit dedicated to hunting down the leaders of the Polish Underground State. The Germans placed Grot-Rowecki at the top of their list of most wanted Poles. It is said that a huge illuminated portrait of him was hanging at the headquarters of the German security authorities, located on the Szucha Avenue in Warsaw.
The Gestapo arrested General Grot-Rowecki on June 30, 1943, but the story of the arrest, which shows the challenges of wartime, is significant. Grot-Rowecki was handed over to the Germans by the agents of Gestapo, the Secret State Police of the Third Reich, operating within the Home Army. Those traitors were: Blanka Kaczorowska, Ludwik Kalkstein, and Eugeniusz Świerczewski. The latter was later killed by the Home Army’s counterintelligence.

Grot-Rowecki was taken to the Gestapo headquarters in Szucha Avenue in Warsaw and later sent to Berlin. There he repeatedly rejected the German proposal of cooperation.
The degree of occupants’ fear of General Grot-Rowecki is highlighted by the fact that upon hearing about the outbreak of the Warsaw Uprising on August 1, 1944, one of the main leaders of Nazi Germany, Heinrich Himmler, ordered the immediate extermination of Grot-Rowecki, who was imprisoned in the Sachsenhausen concentration camp.

Vindication and the paradox of history

During the Stalinist period in Poland (1945-1956), the official assessment of Grot-Rowecki’s activity was negative. On the basis of unfounded accusations, the state authorities claimed that the Home Army command collaborated with the Germans. Grot-Rowecki was likewise put in an unfavorable light. It was not until the following years that attempts were made to objectively evaluate his achievements. The first biography of Grot-Rowecki was published only in 1959.

The Polish assault rifle (5.56 mm caliber) was named Grot in honor of the General. At the beginning of 2021, this Polish, modern export product was a victim of a media attack, conducted by the Onet.pl web portal. According to the opinion of the command of the Territorial Defense Forces and a number of independent experts, such criticism was unjustified.

Due to a series of arrests of top commanders and leaders of the Polish resistance movement, some historians suggest that the detention of Grot-Rowecki (June 30, 1943) was a result of a broader intelligence operation against the Polish Underground State. During the same period (June 9, 1943), the Gestapo arrested the commander of the National Armed Forces (Narodowe Siły Zbrojne, NSZ), Colonel Ignacy Oziewicz. On July 4, 1943, General Władysław Sikorski died (along with the Commander-in-Chief’s Chief of Staff and his only daughter) in mysterious circumstances in a plane crash in Gibraltar – his Liberator II AL523 aircraft fell into the sea 16 seconds after take-off. Sikorski died while returning from an inspection of Polish forces in the Middle East, where, as some researchers indicate, he might have obtained documents of great importance (about the Katyń massacre). Prior to that trip, two members of the government asked Sikorski by letter not to fly to the Middle East.

Within two months, the Polish Army lost three top commanders who could not imagine laying down their arms after the end of the war if Polish interests were not properly protected. These figures were not always crystalline, but their steadfast and patriotic attitude clearly showed that they did not abandon the fight for a free Poland. It is hard to resist the impression that they did not want to lay down their arms literally and figuratively (the arms of political fight), because they had Poland in their hearts. Its fate was to be decided a little over 1.5 years later at the Yalta Conference. A new geopolitical shape of Europe was being sacrificially constructed, with the involvement of the victorious superpowers – the USSR, Great Britain, and the USA, on the “ruins of the post-war history.”

Author: Tomasz Kijewski – President, Warsaw Institute
Fellow at the Maastricht Center for Transatlantic Studies and the Marshall Center (Garmisch-Partenkirchen/Washington D.C.), among others. While performing diplomatic duties for a number of years, he was actively promoting a positive image of Poland and the Polish community in North America. He completed a course at the International Energy Agency (IEA) in Paris and an internship dedicated to the oil and gas sector in Calgary (Canada). He is preparing a doctoral thesis in the field of national security.