Ally Or Vassal: Armenia Is Forced To Look For Russian Help

Armenia opted for an alliance with Russia, hoping that Moscow would protect it against the fall of the Soviet Union and taking control of the Nagorno-Karabakh region alongside neighboring Azerbaijani enclaves. For decades, Russia has been the sole, albeit disloyal, ally of Yerevan, as was the case last fall when Armenia suffered defeat in the mountainous enclave of Nagorno-Karabakh. At that time, Turkey was actively supporting Azerbaijan. Russia did not offer its support to Armenia but responded with diplomatic measures only when the ex-Soviet country was about to surrender. Russian troops were deployed to Nagorno-Karabakh to secure the deal. Being under pressure from both Azerbaijan and Turkey, Armenia is more prone to agree on a bigger Russian presence. And that was what Moscow was about. 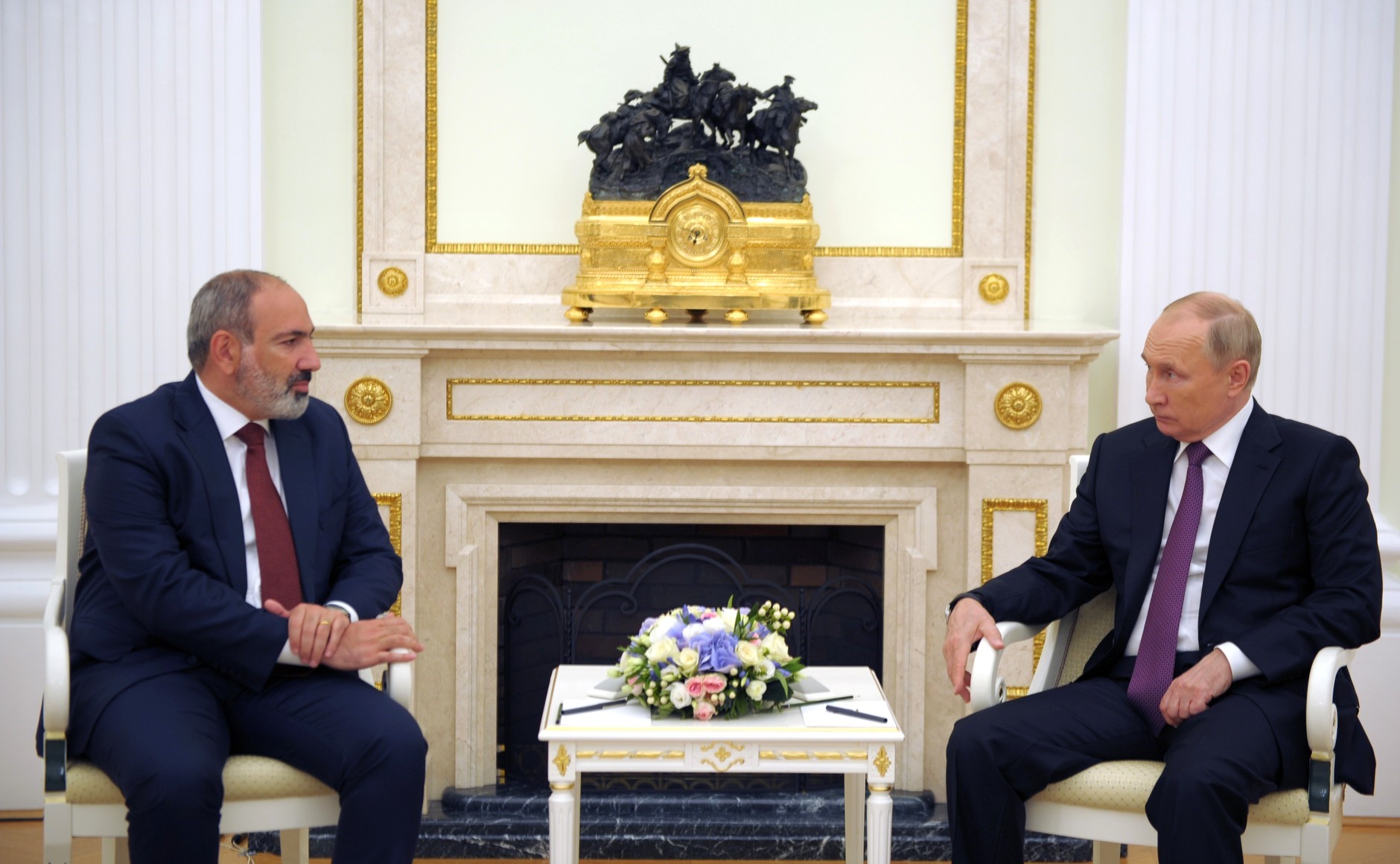 Recent weeks have brought simmering tensions between Azerbaijan and Armenia as the two countries have seen more hostilities since they inked a ceasefire agreement last fall. On July 29, Armenia’s Prime Minister Nikol Pashinyan proposed stationing Russian border guards along the country’s border with Azerbaijan. He floated the idea a day after three Armenian troops were killed in cross-border hostilities between Armenia and Azerbaijan. Armenia does not feel safe while Azerbaijan is seeking to seize the entire Nagorno-Karabakh region. A visit that Ilham Aliyev, the president of Azerbaijan, paid to Moscow on June 20 played its part, too. Pashinyan accused Azerbaijan of not being committed to implementing the Russian-brokered ceasefire deal both countries had signed on November 9, 2021. The agreement put an end to hostilities in Nagorno-Karabakh in a new chapter of the conflict over the enclave. Under the deal, Russia sent its “peacekeepers” along the demarcation line in Nagorno-Karabakh. Armenia still controls a chunk of the enclave. Turkey-supported Azerbaijan is also keen to seize these areas, hence the ever-increasing military pressure on Armenia. Yet Baku, which suffered a heavy defeat last year, can count on nobody but Moscow, unable to resist a Turkish-backed attack on its own. As Moscow failed to help Yerevan, Armenia realized it was best to keep its borders unchanged not through allied agreement, a solution that did not work out, but through the presence of Russian peacekeepers in the enclave.