Who is afraid of the American tanks in Lithuania?

The arrival of the American tank battalion to Lithuania has caused turmoil in the capital city of neighbouring Belarus. However, initial aggressive declarations of Alexander Lukashenko were quickly toned down and the explanations of the chief of the American diplomatic outpost in Minsk eventually dispelled all concerns. In any case, it seems that it was only a demonstration of Lukashenko addressed to the internal recipient, especially power structures. 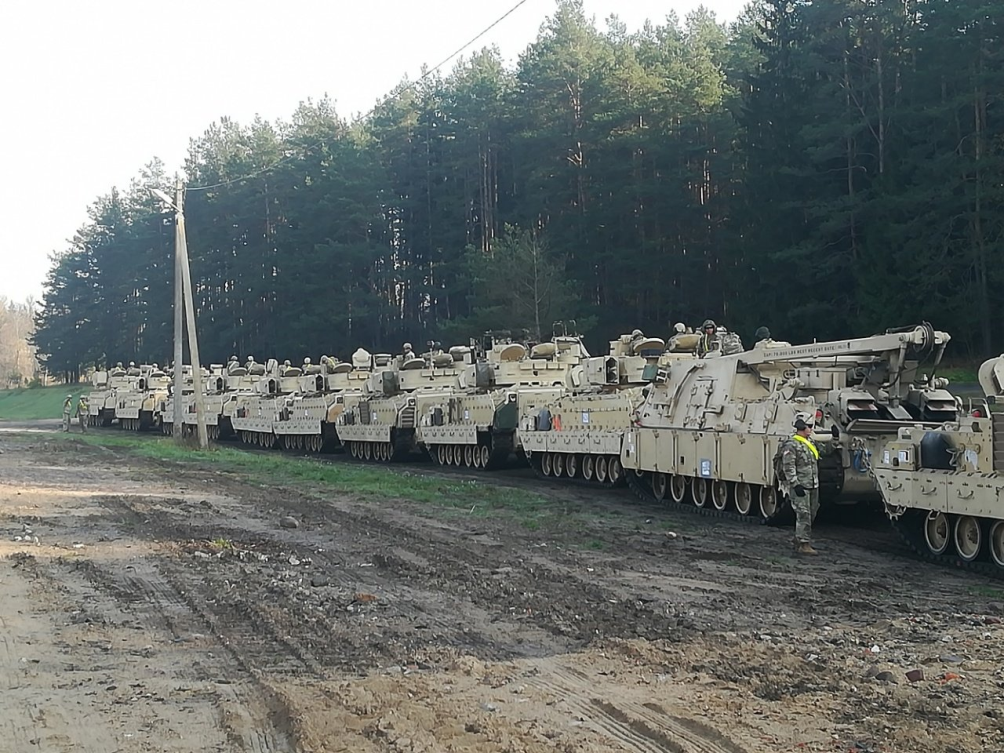 At first, the authorities in Vilnius announced that the first shipment of the American army arrived in Lithuania – half a thousand of soldiers, dozens of Abrams tanks and the Bradley Fighting Vehicles from the Cavalry Regiment from Fort Hood, Texas. “This is a sign for Lithuania and other neighbouring NATO members that in case of a crisis the allies will be with us” – Minister of Defence Raimundas Karoblis said, admitting that “this is also a sign for Russia and yet another deterrent”. Two days later, he assured that Minsk should not be concerned, as “Lithuania is directly interested in the preservation of independence and territorial integrity of Belarus”. Nevertheless, Belarus reacted very nervously. On October 22, State Secretary of the Security Council Stanislav Zas informed that Lukashenka ordered to prepare a response plan of the Belarusian forces to the “demonstrative transfer of the army from overseas near the Belarusian border”. On October 28, the President convened a meeting of power ministries’ chiefs during which a possible response of Belarus to the deployment of the American contingent in Lithuania was discussed. The meeting was attended by Minister of Defence Andrei Raukou, State Secretary of the Security Council Stanislav Zas and Deputy Chief of the General Staff of the Armed Forces of Belarus Pavel Tikhonov. Minister Raukou said that the response meant the enhancement of the intelligence activities, reinforcement of the Belarusian border and the increase in the number of troops “in the Lithuanian direction”. However, Lukashenko’s message was contradictory. On the one hand, he made a big deal out of the arrival of Americans to Lithuania and on the other, he said that “30 tanks and armoured vehicles is a ridiculous amount against the Belarusian army”.

On October 29, State Secretary of the Security Council Stanislav Zas talked about this issue with US charge d’affaires in Belarus Jennifer Moore (there has been no US ambassador in the capital city of Belarus since 2008). After this meeting, Belarus clearly changed its attitude towards the deployment of the US army and military equipment in Lithuania as well as the Defender Europe 2020 manoeuvres. After the explanations provided during the meeting at the request of the USA, Zas admitted that the previous harsh rhetoric of Minsk resulted from “insufficient confidence and information”. Over 500-people battalion with tanks and weapons will be stationed about 15 km from the Belarusian border, in Pabrade training area until spring 2020. Then, on the territory of ten countries, including Poland, Lithuania and Latvia, NATO Defender Europe 2020 manoeuvres will take place. A massive transfer of American soldiers to Europe will be trained during the manoeuvres. Even though Lukashenka recklessly assessed the presence of Americans in Pabrade and said that Belarus would manage to deal with the troops itself, the NATO manoeuvres is another story. Minister of Defence Raukou announced that “Belarusian and Russian soldiers will conduct a joint reconnaissance with regard to the NATO manoeuvres”.