Lithuania against the trend on Soviet symbols

Walmart, one of the largest American chain stores, released a collection of T-shirts with Soviet hammer and sickle symbols. One did not have to wait long for the reactions of the Lithuanian society and politicians. It was not the first time that Lithuanians protested against companies that use the hammer and sickle symbol. Is it only about the oversensibility of the Baltic people, who were the victims of both Soviet and Nazi crimes, or the lack of sensibility on the part of entrepreneurs? Is the Soviet symbolism really a marketing hit? 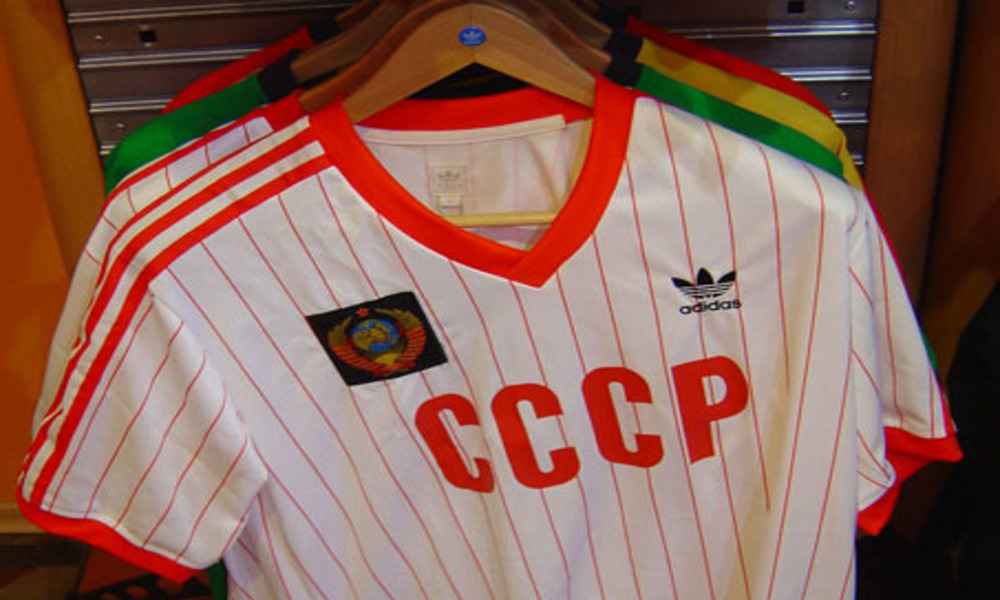 In Walmart’s online shop offer there is a number of T-shirts and sweatshirts with symbols referring to the Soviet era. The clothes with the hammer and sickle symbol and a CCCP caption are available in different versions. The sale of clothing with the totalitarian symbolism drew Lithuanian politicians’ attention. Lithuanian ambassador to the USA Rolandas Kriščiūnas addressed the matter in an open letter to the company authorities. Following in the ambassador’s footsteps were other groups of social activists and politicians who made an appeal to Walmart, among them was also a group of the Members of the European Parliament from three Baltic states and organisations of descendants of immigrants from Central and Eastern Europe in Canada.

It was not the first time that the Lithuanian authorities pointed out the promotion of communism by Western clothing networks. A similar case occurred this spring when Adidas released a collection of sportswear with the Soviet symbols. Soon, an action stigmatising the Adidas initiative appeared in the Internet. There had been many posts with the hashtag #stopadidias criticising the company for the sale of controversial clothing. As a result of strong online criticism, which spreaded far beyond the Lithuanian network, the corporation stopped selling clothes with the USSR symbolism. The #stopadidias action sparked a heated debate. The appearing comments and memes repeatedly raised the noteworthy question: why clothing with the swastika is no longer produced?

The products sold by Walmart or the Adidas collection are only the tip of the iceberg. Over the last couple of years, the fashion industry has produced several extremely expensive Soviet-themed collections designed in the East. It is worth mentioning a collection by Russian designer Gosha Rubchinskiy or the Vetements brand, whose projects directly refer to the Soviet and post-Soviet design. Moreover, it is worth noting that the price of a Vetements hammer-and-sickle sweatshirt, which was on sale a few years ago, was about one thousand dollars.

The “iconic” symbols on the products of large clothing companies may not be of major importance to customers from Western Europe or those that live across the ocean. The young generations living in countries that were not under the influence of the Soviet Union are often unaware of the reality of life in the totalitarian regime. For them, the Soviet symbols often do not bring the same negative connotations as in the case of the Nazi symbolism. The situation looks completely different among the inhabitants of the Baltic countries, Poland or Ukraine, where the attitude towards the Soviet symbolism is based on a direct historical experience related to deportations, genocide and long-time occupation. Therefore, the fight with the symbolism has become an element of building a modern social awareness for the nations of the former USSR, especially in Ukraine, where intensive decommunization is currently taking place. The lack of a direct historical reference among the youth from the so-called West makes the Soviet symbolism only a form of Orientalism.

The #stopadidas action and the reaction of Baltic politicians and social activists to Walmart’s offer are of great social importance, because they can directly affect the company policy. The reaction of the American network is still unknown. However, it is known that the Internet campaign (led mostly by Lithuanians and Ukrainians) forced Adidas to withdraw the controversial products from its offer.
Nonetheless, there will always be people for whom such actions will be nothing more than tilting at windmills. It is hard to imagine that such actions can stop designers and companies from producing clothing with the totalitarian symbolism, which due to its peculiarity attracts customers. The thing that the proactive attitude influences is the policy of large corporations that can withdraw from their decisions under the influence of massive Internet campaigns. After all, their scale directly affects the extent and popularity of actions that criticise socially unacceptable decisions.