The year 2021 marks the 35th anniversary of the disaster in the nuclear power plant (NPP) of Chernobyl. It is often described as the worst nuclear accident known to humanity, with its fatality rates reaching the five-digit numbers. Despite being badly affected by the accident, Russia is now notorious for dominating the nuclear energy market in Eastern Europe. Three and a half decades after the fallout seems an opportune time to critically reflect on the current state of the nuclear energy landscape in Eastern Europe and Russia’s central role within it. 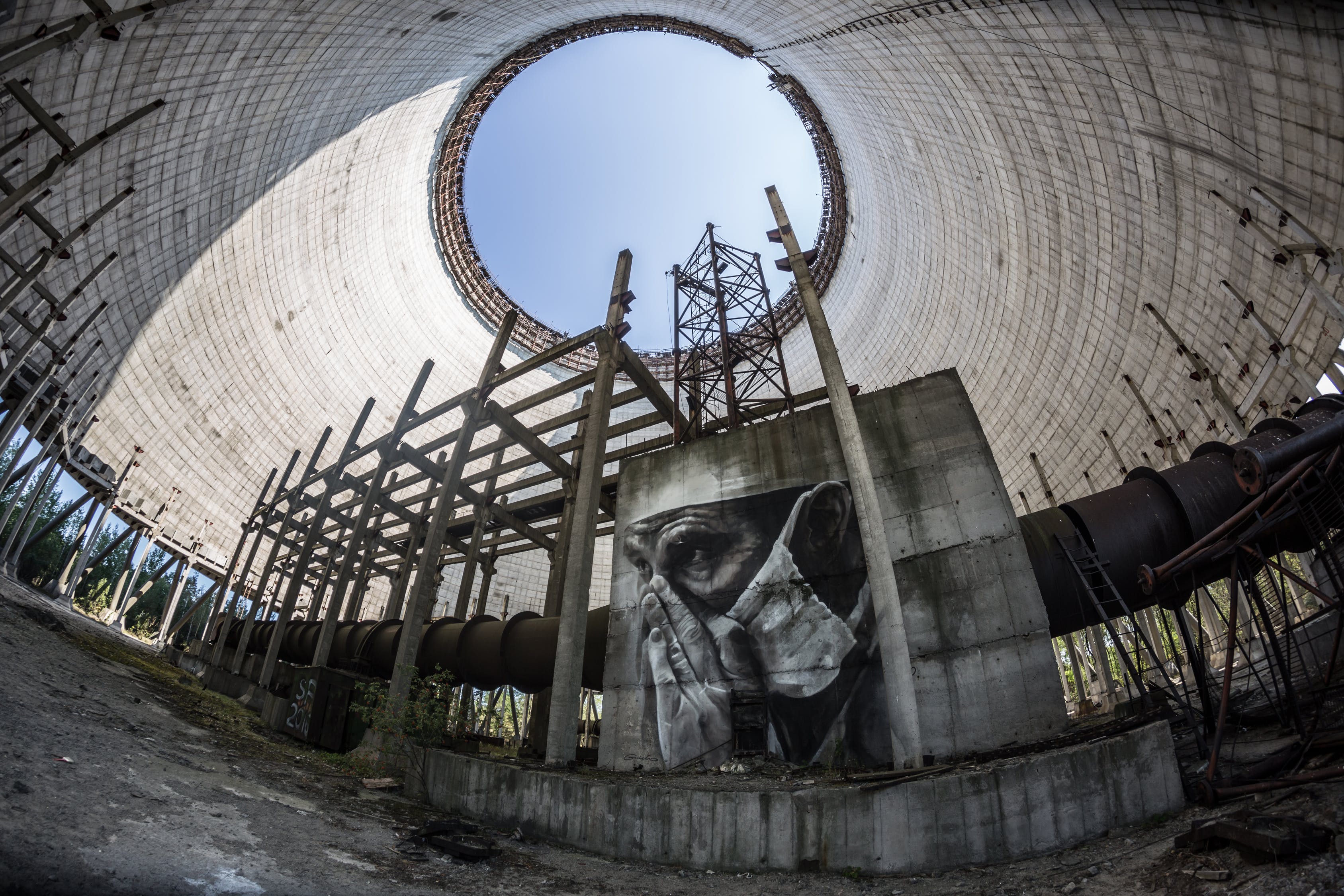 The Chernobyl Disaster: An Overview
The Chernobyl NPP disaster occurred on April the 26th of 1986 due to the failure of a scientific experiment that led to the release of radioactive materials into the environment. This leak caused the contamination of approximately 400.000 square kilometers, with radiation circulating to this day. Although the Eastern European countries of Ukraine, Russia, and Belarus were among the most affected, prevailing wind patterns resulted in the long-range transport of radionuclides throughout Europe. An estimated 5 million people were found to be contaminated with radionuclides in regions surrounding the Chernobyl NPP. The damages’ total costs exceed the $200 billion mark. The Chernobyl fallout also significantly impacted Eastern Europe’s natural ecosystem and agriculture, although the magnitude of the harm remains disputed.

Viewing the enormous human, environmental and economic cost of the disaster, one would expect a harshening of nuclear energy policies in the affected regions. However, the impact of the Chernobyl accident on energy policy has been conflicting.

Chernobyl: Lessons Learned and Unlearned
During the first decade after the disaster, its repercussions remained present in Soviet and later Russian decision-makers’ minds. The first set of Russia’s new energy policies, released in 1995, envisioned the expansion of alternative sources of energy such as natural gas. Yet this negative sentiment towards nuclear power did not last. In the following years, rising oil prices increased the international demand for natural gas, whereby Russia decided to raise its gas sale rate and cover the domestic market through nuclear power. This shift in the Russian energy strategy is known as the ‘nuclear renaissance’. Russia’s nuclear renaissance peaked in 2007 when the previous ministry for atomic energy was transformed into the state cooperation Rosatom.

Today Rosatom’s activities reach far beyond Russia, with the state cooperation controlling over 17% of global nuclear fuel production. Nuclear goods export has become a key objective of Russian energy policy. According to Rosatom’s website, 20 nuclear reactors are planned for export construction in Bangladesh, Belarus, China, Egypt, Finland, Hungary, India and Turkey. The state cooperation is also expected to pitch for a contract with Bulgaria. The global popularity of Rosatom as a supplier can be traced back to its ‘all-inclusive’ package, which covers all stages of the power production. This ability of the supplier to rapidly adapt to the market’s demands has been attributed to its unrestricted access to tax-based Russian state funds. However, Rosatom’s growth and growing position as NPP constructor has raised safety concerns among Western observes. The development of Russian energy policies post-Chernobyl shows that the lessons learned by the disaster were buried under Russia’s eagerness to exploit the nuclear energy market. The advancement of Rosatom’s activities, particularly in Eastern Europe, raises concerns regarding the future of alternative energy sources in the region.

Rosatom, Nuclear Governance Standards and Geopolitics
Over the past decades, Russia has been active in expanding its strategic and non-strategic nuclear forces. The Federation of American Scientist estimates that Moscow disposed of approximately 4,315 nuclear warheads in January 2020, 36% of which are considered of offensive strategic deployment. European NATO allies have continually expressed their concern about Russia’s nuclear modernization programs.

Amidst these tensions surrounding Russia’s nuclear weapon program, Rosatom has been accused of weakening nuclear governance standards to meet the Russian government’s growth ambition. The United States, among other Western countries, have been notably reluctant to believe that Rosatom follows the standards enforced by global nuclear governance frameworks . This skepticism was specifically targeted towards the state cooperation’s disregard of EU policies on hybrid threat assessments . Western countries’ distrust towards Rosatom’s activities also stems from the fact that many of its clients dispose of significant gaps of knowledge and capability concerning nuclear infrastructure and regulatory supervision. These concerns were confirmed earlier this year when members of the European Parliament (MEP) demanded the suspension of the commercial launch of the Rosatom-constructed NPP in Astravets, Belarus. The authorities of the only 23 km distanced Lithuania had previously denounced that the grounds on which the NPP’s construction had been planned were unstable and that the risk of earthquakes had not been tested sufficiently to deem the site safe. Similarly, Rebecca Harm, a former German MEP, stated that the Astravets NPP had not passed the EU’s stress test in 2018 and that the technical deficiencies revealed by the test could not possibly have been reversed since then. Although Rosatom rejected these claims, MEPs proceeded to vote 642 to 29 in favour of stopping the NPP’s launch until further investigation.

Even though Astravets NPP’s case is indicative of the safety concerns regarding Rosatom’s rising nuclear activities, the scientific community remains divided on the likelihood of history repeating itself. The World Nuclear Association claims that evidence collected over the past six decades demonstrates that nuclear power plants constitute a safe means to generate energy both at present and in the future. Such predictions, however, operate under the premise of compliance with international quality and safety standards. As the association indicates, NPPs operate under the logic of ‘low probability but high-consequence risks’. Given Rosatom’s rapid expansion, the probability of another nuclear accident is likely to increase if European nuclear energy policies continue to be disregarded. Experts warn of the danger and call for higher policy enforcement and the need to hold the provider liable for potential accidents.

The growth of Rosatom’s activities poses not only a threat to international safety but is also a tool of geopolitics. Nuclear energy exports hold a strategic value to Russia since they can be employed as foreign policy tools. Eastern European countries like Belarus and Hungary are becoming vulnerable to Russian influence as the state creates firstly energy dependency and secondly economic reliance through credit arrangements. To illustrate the latter, the Astravet NPP was entirely financed by Russia. Similarly, Hungary proceeded to violate European legal standards by awarding Rosatom the construction of two reactors without the completion of an open tender. The European Union advises against dependence on Russian nuclear fuel supplies and instead recommends diversification to avoid cases like Ukraine (subject to several gas supply cuts from Russia from 2006 onwards). It appears that in the 35 years since Chernobyl, Rosatom has turned nuclear energy export into a geopolitical tool.

Conclusion
Three and a half decades after the Chernobyl accident, its human, economic and environmental cost remain undeniable. Even so, its effects on Russian energy policy have been conflicting. State-owned Rosatom has grown to dominate the nuclear energy market at the expense of Russian taxpayers and possibly international safety. Although the likelihood of a second nuclear disaster remains disputed, the NPP in Astravets and other upcoming projects raise concerns about Rosatom’s activities in Eastern Europe and their possible effect on EU nuclear policy compliance. Moreover, the increased state cooperation has exacerbated the risk of NPPs being employed as a foreign policy tool. In views of Russian energy policy, the risk of history repeating itself cannot be discarded.

Aitana Garcia Domingo is a final year student of the faculty of Politics and International Studies at the University of Warwick in Coventry, England. She specializes in international security and European public policy. Her main areas of interest include: gender and conflict, modern history, human rights and international security. Given her specialization in European public policy, she is currently working as a public sector consulting intern for Everis Spain’s international organizations team. She is also a Policy Analysis Intern at Warsaw Institute.