30 years after the Romanian revolution

In December 1989 communism in Romania started to collapse. Even though it seemed that nobody could endanger Nicolae Ceaușescu, the dictator was shot after less than two weeks after the outbreak of riots. The revolution claimed over a thousand lives and Romanians are divided about the assessment of these events until today. The question is whether the actions were spontaneous or inspired in order to change the powers. Further events give a reason to speculate that the second option is more probable. 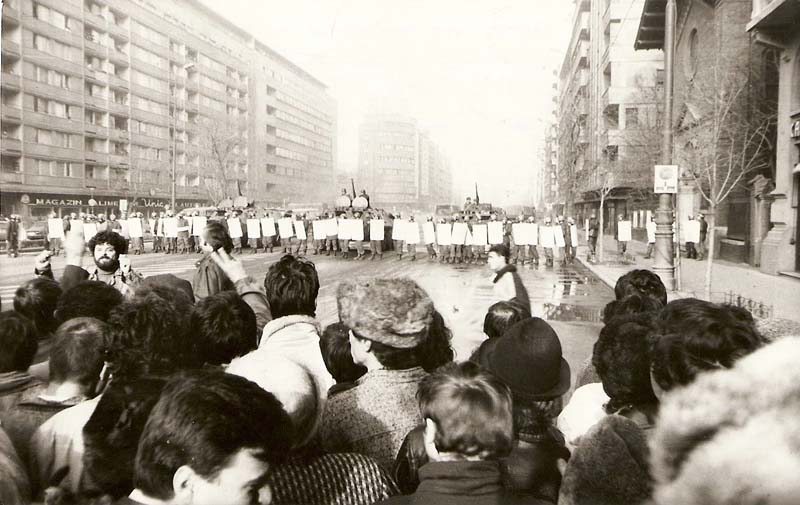 The 1980s was a difficult period for Romanians. The state suffered a serious crisis caused mainly by the policy of Nicolae Ceaușescu. The dictator decided to repay the entire foreign debt. This resulted in obsessive saving which was manifested in heating or power supplies failures. At the same time, secret services were taking care to prevent riots. Then, Romania was one of the most isolated countries in the world. Two big cities lying near the state borders were the most liable to the influence from the outside – Iași in the east (near the border with USSR), and Timişoara (bordering Hungary and Yugoslavia) located in the west which played even more important role. Residents of these centres, for instance, had limited access to foreign television or radio.

It was Timişoara where in 1989 a spark appeared which soon led to the fall of Ceauşescu’s dictatorship. It started with the evangelical pastor László Tőkés who was supposed to be transferred to a distant parish for his criticism of the government. Both Hungarians and Romanians defended the pastor and chaotic street fights with the police changed into a regular street battle. Forces sent to quell riots opened fire and, as a result, dozens of people were killed. On December 18, Ceauşescu assessed that the situation was under control and travelled to Iran as planned before. He returned only after two days alarmed by the worsening situation in the country, but it was too late. Riots started in Bucharest and other bigger Romanian cities.

On December 21, Nicolae Ceauşescu standing on the balcony of the Central Committee made his last speech to thousands of people. He was surprised that he was booed by the crowd. Suddenly, the crowd started running into the building and the dictator and his wife escaped. He believed until the very end that the services and the army would remain loyal to him. However, the couple was soon caught and hurriedly convicted and executed. The National Salvation Front dominated by former communist activists took over power and delayed the introduction of democratic reforms in the country by several years.

The dispute about the beginning of the revolution is still present. Some people believe that everything was schemed by Ceauşescu’s political opponents to take over power. The others believe that the revolution broke out spontaneously on the initiative of the citizens. No matter which scenario was true, it was used by the group of party and military activists who governed the country after 1989. The revolution claimed over a thousand lives. What is shocking, as a result of disinformation, the struggles were taking place also after the overthrow of the dictator.