New President of Ukraine Volodymyr Zelensky informed about the dissolution of the Verkhovna Rada during his inauguration speech after swearing in. It is known that the decision was supported by most factions, including Petro Poroshenko Bloc. Both Zelensky and Poroshenko want the elections to happen as soon as possible to exploit the mobilisation of their electorates after the presidential elections. 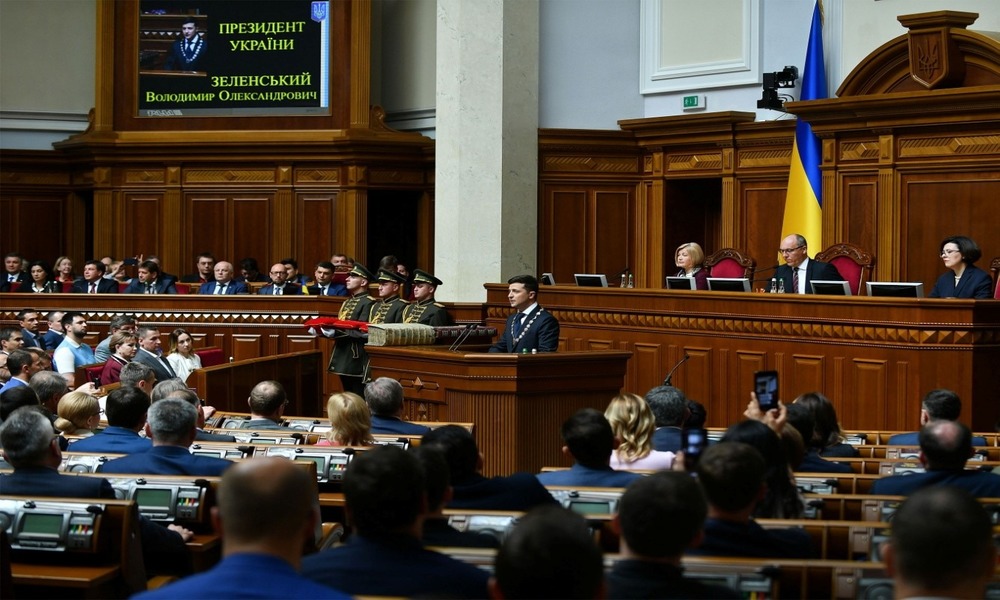 Volodymyr Zelensky announced that the snap elections would be held in about two months. At the same time, he appealed to the government for resignation and to the parliament for dismissing chiefs of some offices. After the inauguration, chiefs of Ministries of Defence (Stepan Poltorak) and Internal Affairs (Arsen Avakov) – these positions are filled by the president. Earlier, Minister of Foreign Affairs Pavlo Klimkin, Head of SBU Vasyl Hrytsak and Secretary of the National Security and Defence Council Oleksandr Turchynov have resigned.

Zelensky’s staff has already informed that he would aim to dissolve the Verkhovna Rada. The official reason is the lack of the ruling coalition in the parliament – in fact, it has not existed for two years. Even the decision of People’s Front from May 17 on their exit from the coalition will not prevent the dissolution of the parliament. In theory, this should disable the dissolution of the Verkhovna Rada, but there is no doubt that the court would state that the coalition had not existed for long. The Constitution does not allow for dissolving the Verkhovna Rada in the last six months of its term. At first, there was a possibility that the parliament would set the date of Zelensky’s inauguration after May 27 which would disable the dissolution of the Verkhovna Rada. But finally, deputies set the date on May 20. The stance of Petro Poroshenko Bloc was decisive. Internal polls showed that until autumn, the support for this party may dramatically decrease. Elections in summer mean that the chances of Petro Poroshenko Bloc are bigger. But Zelensky’s Servant of the People party will benefit from the snap elections the most.